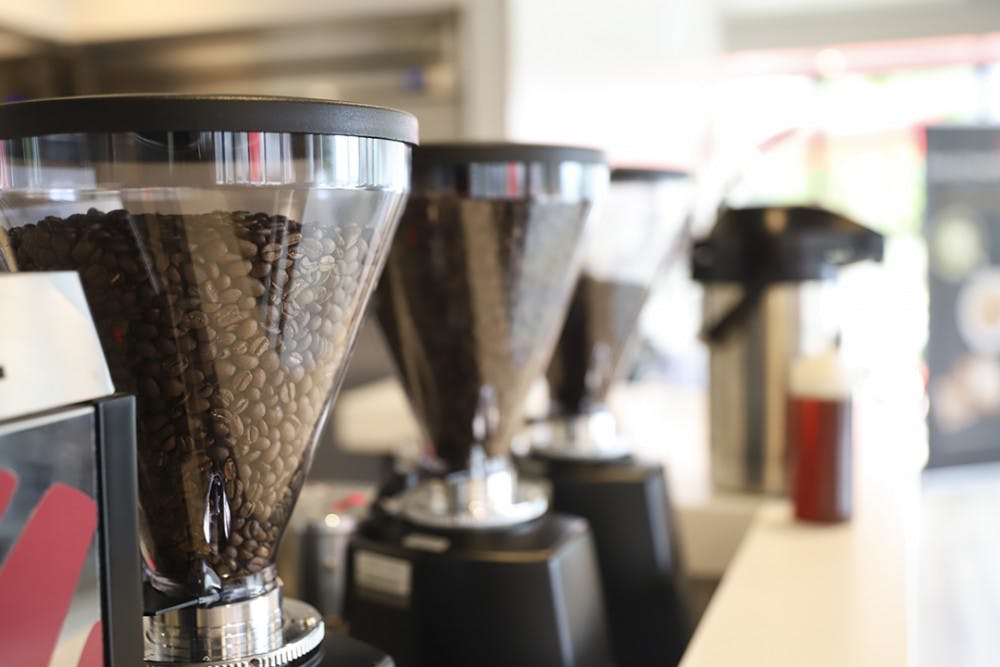 College campuses run on coffee. Greg Dodd knows that. But even more than that, he knows that Columbia thrives on community and a sense of togetherness. That’s what he hopes to foster at the newest coffee shop near campus, Sweetwaters Coffee and Tea.

Dodd, a University of South Carolina graduate, became interested in opening up his own shop in Columbia. After exploring different brands and franchises, Dodd chose Sweetwaters Coffee and Tea, a company based out of Ann Arbor, Michigan.

“When you think about all the things you have to know and have, purchasing a franchise makes a lot of sense,” Dodd said.

After spending around 25 years in the information technology field, Dodd felt ready to pursue a different career path.

“My career has been in IT primarily,” Dodd said. “The difference was remarkable — I could sit behind a computer all day, or I could open a coffee shop and have more engagement and meet people in my community.”

Sweetwaters is located on Park Street, residing below the Empire apartment complex. The location attracts customers from Empire, the Vista and classroom buildings in walking distance of the shop.

“Coffee, to me, is about proximity,” Dodd said. “You’re going to look for what’s best and what’s closest, and that’s the reason why we wanted to be close to the university campus.”

Julia Weiner, a third-year sports and entertainment management student, is a new employee at Sweetwaters. She said Sweetwaters stands out in Columbia’s coffee shop scene.

“It’s nothing like we see in this area,” Weiner said. “No one’s ever heard this name before, so it adds a different flare to the community."

The shop serves a variety of coffees and teas, along with light snacks and desserts. With an Asian influence, the company prides itself on their wide selection of over 20 herbal teas. The company is also known for their “Ice Dragon” drinks, a blended frozen drink with both coffee and coffee-free options. Dodd has noticed one drink in particular that customers can’t get enough of — cold brew coffee.

“Cold brew coffee has been our biggest seller by far,” Dodd said. “Folks just gobbled it up."

Second-year finance and accounting student Gilberto Croes is a resident of the Empire. He doesn’t often stop for coffee around campus, but enjoys Sweetwaters’ English breakfast tea.

“Since it’s locally owned, I think it’s better for the community,” Croes said. “I find it really cozy and a good environment to either study or just relax a little bit.”

To emphasize a sense of community, Dodd also prioritizes giving back to Columbia-area organizations and businesses. Sweetwaters regularly sponsors community events and provides bottles of cold brew to share. Dodd is particularly proud of is their relationship with Pawmetto Lifeline, a no-kill animal shelter in Columbia.

“We have a kennel named after us out there,” Dodd said. “Anytime a dog is put in our kennel, we promote it on our Facebook page.”

Dodd knows that students and Columbia residents have their pick of coffee houses around campus. However, he sees other shops as friends, not foes.

“I don’t even see it as a competition,” Dodd said. “I think there’s room for all of us in the Columbia area, and I just want Sweetwaters to be a part of that.”

Dodd hopes Sweetwaters will become a new place for Columbians to gather, work and enjoy quality food and beverages.