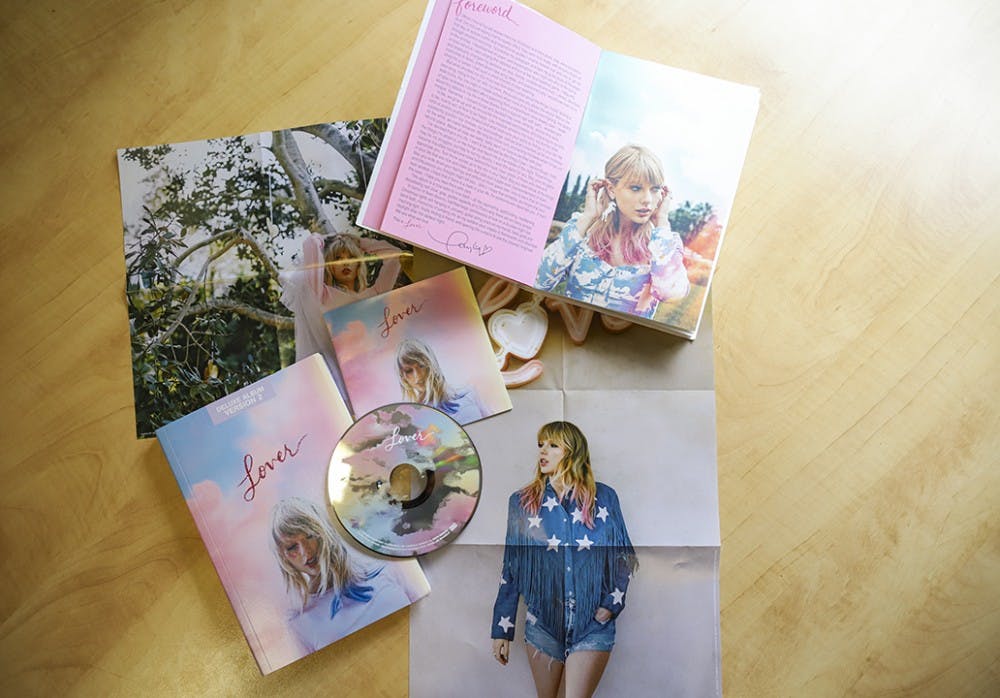 The old Taylor Swift is not dead. In spite of her infamous self-proclaimed death sentence in 2017’s “reputation,” Swift has resurrected every romantic bone in her body in her best album yet.

With a sound completely different than the lead single “ME! (feat. Brendon Urie of Panic! At the Disco),” Swift returns to '80s synth pop in a parade of glitter and vulnerability. Whereas Swift's previous album, “reputation,” has a dark attitude overshadowing the love songs that seemed to be her anchor, "Lover's" title track confesses Swift’s dedication to longtime boyfriend and actor Joe Alwyn, with enchanting lyrics like, “My heart’s been borrowed and yours has been blue/All’s well that ends well to end up with you.” The starry-eyed teenager who captured America’s heart finally got the happy ending she dreamed of for years and is screaming it from the rooftops with "Speak Now"-reminiscent lyricism.

And it wouldn’t be a Taylor Swift album without her breathtaking bridges. The bridge of “Cruel Summer” socks listeners right in the gut. Hard-hitting lyrics like “I don’t wanna keep secrets just to keep you” and “I scream, 'For whatever it’s worth/I love you, ain’t that the worst thing you ever heard?’” make the song irresistible to fans who like her 2014 hit “1989.”

“Cornelia Street” magnificently delves into the complications of a relationship and Swift’s deep-seated fear of being left all alone, declaring she could never return to the West Village in New York City if she lost her lover.

In “The Man,” Swift explores the outcome of her life and career if she had been born the opposite sex: “I’m so sick of running as fast as I can/Wondering if I’d get there quicker if I was a man.” She dubs herself THE man and attacks the patriarchy with a quick rhythm and wit.

“Paper Rings” sounds like Katrina & The Waves' "Walking on Sunshine," which it seems Swift is doing as she asserts she has found the one.

Swift opens her heart and goes back to her country roots in what is perhaps the most old Taylor Swift offering on the album, a collaboration with the Dixie Chicks titled “Soon You’ll Get Better.” Heart-wrenching and honest, Swift confides her devastation over her mother’s cancer relapse and her fear of losing her: “What am I supposed to do if there’s no you?”

On "Lover," Swift rips down the walls she built around her heart on “reputation” and declares love golden, no longer burning red.

"Lover" feels like a beautiful sunrise after a particularly horrible night, like a glorious new beginning. This stunning love letter to love is both brilliant and addictive. It’s the cherry on top of her remarkable repertoire, and for the girl who’s loved her since fourth grade, it’s everything you’ve been missing.