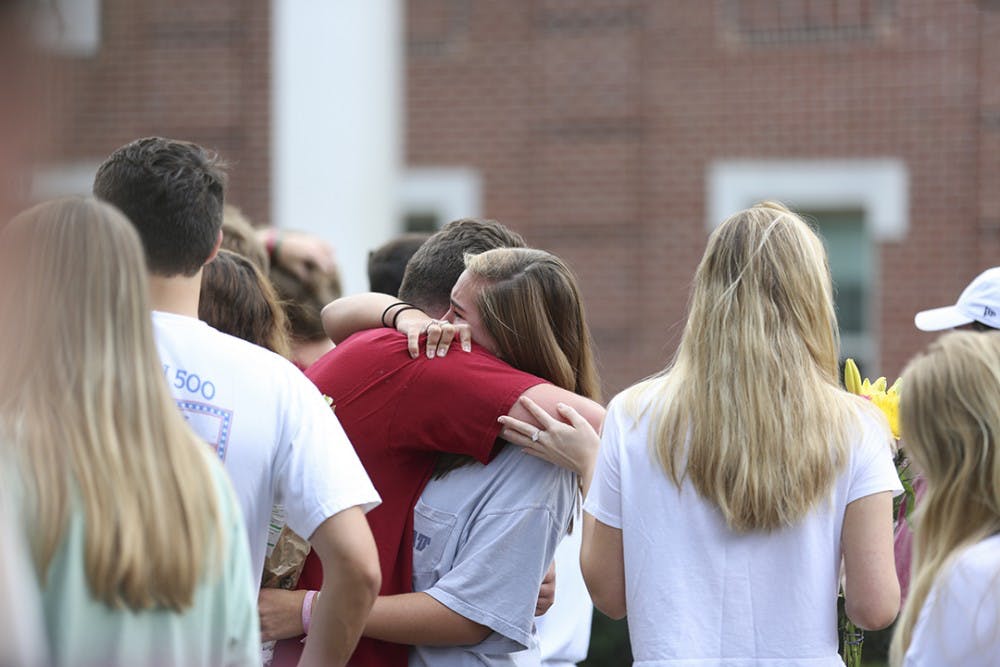 Friends and family gathered in front of the Sigma Alpha Epsilon (SAE) house to honor a student and member of the organization whose death they learned about earlier in the day.

About 300 fraternity and sorority members and parents embraced each other and brought flowers to a cross with the student's initials on it. Several brothers in the fraternity spoke to the crowd, thanking everyone for coming and reminiscing on memories with the student.

People began to arrive to the house's lawn a little before 7 p.m. Near the end of the night, around 8 p.m., the student's pledge class made a circle around the flowers, sharing stories about their fraternity brother and hugging each other.

"I've never seen anything like this before," Courtney Leavitt said, housing corporation president for SAE. Leavitt said the student was in his second year at USC and had moved into the house a few weeks ago.

Throughout the night, students attending the vigil were reluctant to talk to press because of their heightened emotions. Parents of SAE members also attended the vigil.

Around 1:30 Tuesday afternoon, coroner Gary Watts said he was investigating a death on the 500 block of Lincoln Street. This is where the SAE house is located.

University President Bob Caslen sent out an email to students, faculty and staff later that afternoon.

"As you may have heard, our campus has experienced a tragedy Tuesday with the apparent suicide of one of our students," Caslen said in the email. "In times like these, we must come together and support each other as one university community."