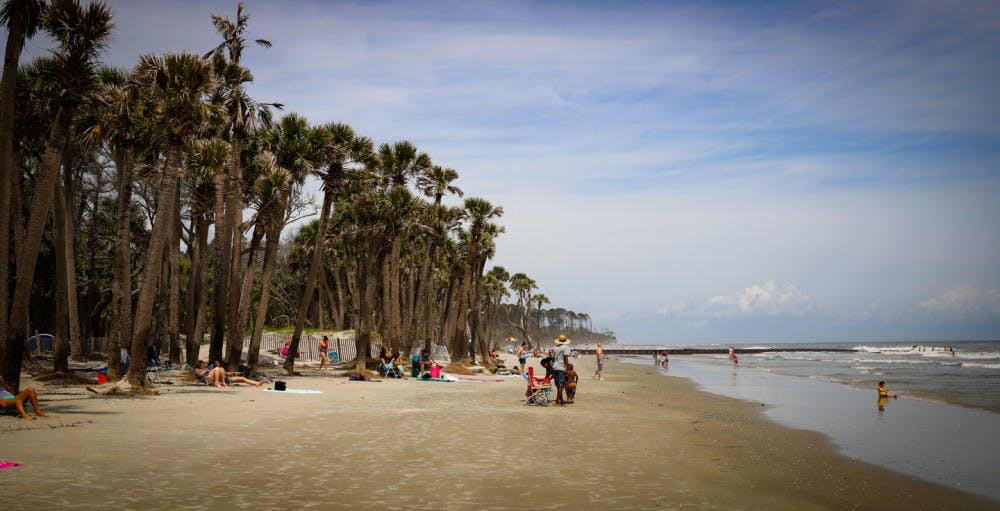 Recap: This week in paradise: I am not a plan B b—

What's up, Bachelor Nation? Not Nicole’s confidence after Angela made her big debut on the beach, even though “nothing can ruin what [she and Clay] have.” Sure, Jan. We have to give it to Angela, though. She seems way more ready to move on than Clay. Clay's feelings might not work like a light switch, but he needs to just pull the plug — as in leave the show, but please take Nicole with you.

We recommend he take a hint from Derek, who, after another unnecessary, uncalled for and unacceptable outburst directed at him from JPJ and an unforeseen breakup with Tayshia, decided his time on the beach had come to an end. Personally, we all thought this was completely ridiculous. JPJ managed to wreck not only Derek's chances at love but also Haley’s, who we believe to be his perfect match. Now they both think that they are unlovable. Ridiculous. We want to let them know that nothing is wrong with them. We love you, and you will find someone.

Speaking of which, Sydney finally got asked on a date, and it seemed to have gone swimmingly with Old Matt Donald. He taught her some sign language, yet he seemed to miss all her signs when she was practically begging him to kiss her. Little did she know that when she agreed to go on this double date, there would be a fifth wheel: Matt's mother. Matt is a nugget who we like well enough, and he is a mama's boy, which is fine, but he seems to be using it as an excuse. Hopefully Matt's mom looked away for his and Sydney's big first kiss —

— which has yet to happen for Blake and Kristina, who just got back together. Blake says he is all in on Kristina, which we all could have called, and Kristina says she’s skeptical. Who wouldn't be? Yet Blake proved to be loyal when he didn't agree to go on a date with Bri. Unfortunately for all of us, Blake thought this was some type of praiseworthy decision and wouldn't stop talking about how beautiful Bri is and how big of a decision this was. Congrats, Blake. You’re a decent human being.

Whereas Blake mistakenly thinks he is a hot shot, Dean actually is one. Dean is a man-goddess. He came back to the beach — for true love. Honestly, Caelynn doesn't deserve him. Connor also doesn't deserve this roller coaster of emotion she put him on. Caelynn made Connor believe she saw a future with him, but Dean has come back to paradise to take Caelynn to the van of their dreams. We hope it is at least a double wide. Good luck, Deanie Babies.

Now for this week's MVP and LVP. Our MVP is Dean Unglert. Go get your girl, and show her that Grand Canyon. We are all rooting for you. As for the LVP, we are going plural this week with the group of girls that were talking trash about Connor, right in front of Connor. Tayshia Adams, Demi Burnett and Sydney Lotuaco all get the title of LVP this week for being super rude.

To reference the man, the myth, the legend Chris Harrison, this was another week in "Paradise."