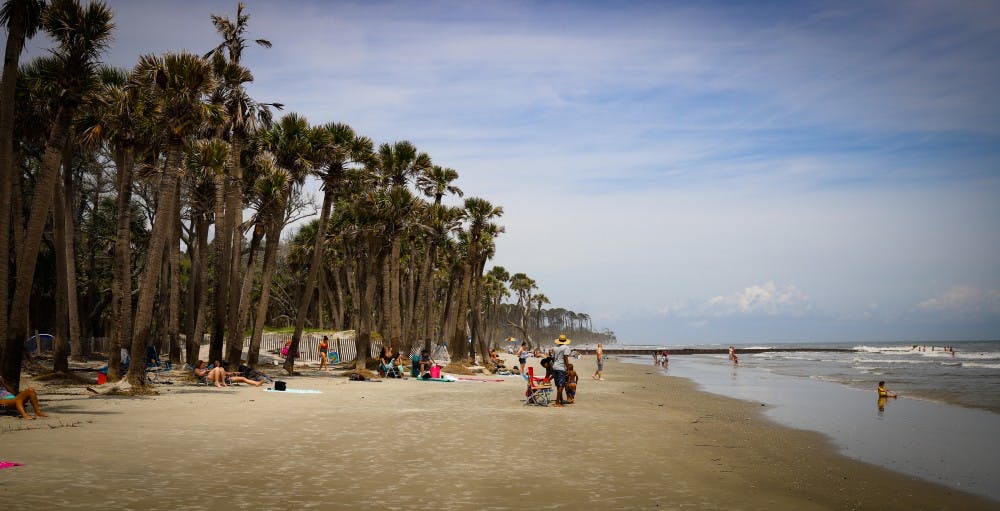 This week in paradise: Me llamo Hannah

This week was do or die for the residents of paradise. The first couple we watched die was Connor and Caelynn. We aren’t all that mad – nobody is, because this meant she got back together with Dean, and now they are living happily ever after in a van traveling California, even though it has terrible gas mileage. As for Connor, he found love with Whitney after she literally got in a car, followed Connor to the hotel and showed up while he was half naked and chilling.

Back on the beach, Kristina decided she got tired of puppeteering Blake, so she cut the strings. She broke Blake’s heart after he finally got the courage to make a move on her and try to be romantic. Can’t say we are sad to see them go.

Another couple we aren’t going to miss is Matt and Bri. Matt showed his true colors at the rose ceremony by picking Bri based solely on her status as a “super model." She shut down not one, but two boys this week. She was the first person to ever reject a rose because she recognized that there was nothing there between Luke and herself. Next, she called out Matt for only chasing her status and not knowing who she actually is. Good for you, girl. We also have to give it to Sydney because she totally called Bri dumping Matt.

Meanwhile, JPJ and Tayshia randomly broke things off and confused everybody. The very cute montage broke two out of three author hearts and was an emotional roller coaster. Tears were shed.

Katie also lost it, breaking out in tears when her and Chris had to define the relationship. In our humble opinions, their relationship seems unstable and this episode should have been their end, but they are still holding on by a thread.

Finally, let's transition to the more “stable couples.” Clay and Nicole seem to be teetering, but for this episode they are still going relatively strong. Clay was finally able to express that he is beginning to fall in love, which Nicole seems to think means engagement. However, we don’t think they should get engaged, because contrary to Nicole’s beliefs, being in love is a necessary ingredient in a marriage.

Next on our currently “stable couples" list is Demi and Kristian. Demi had a huge breakdown, which is understandable because she is dealing with the pressure of coming out. It was a very emotional time for both her and the audience as she described in detail her current struggles with her sexual identity. We support you, girl.

Kristian has been incredibly understanding but is having trouble expressing her own feelings in fear of stirring up more anxiety for Demi. Their relationship is stronger than most, but after their serious conversations, it seems that more growth is needed before engagement is brought to the table.

Lastly, the most stable couple is Dylan and Hannah. They have been rock solid since Hannah was finally able to make up her mind, and this week they professed their love for each other in broken Spanish at a random child’s birthday party. This is the only couple in all of paradise we actually hope and expect to get engaged.

Overall, this week has been a roller coaster. Our MVP, solely from majority vote, is JPJ because of his very cute prom recreation. He took Tayshia to her first and only prom and created the most amazing memory.

Our LVP is Matt Donald because he wanted to bring a supermodel home to his mommy instead of a girl he claimed to have meaningful conversation with.