Column: What Gamecocks need to improve on during bye week 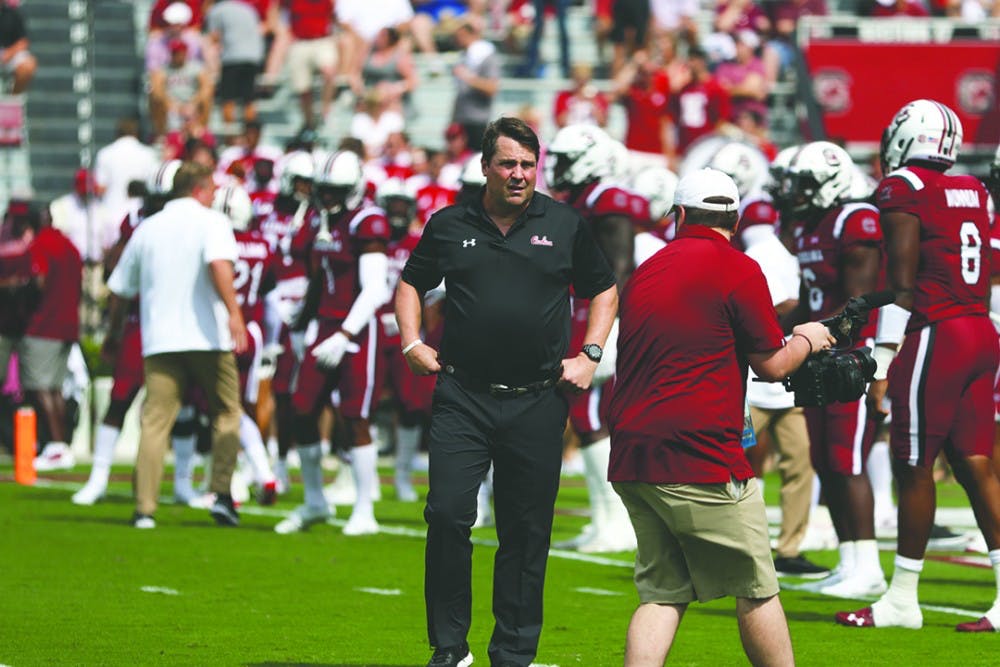 After a rocky start to the season, the South Carolina football team has a lot to work on during the upcoming bye week if the Gamecocks want to turn their season around.

Across the first four weeks of the season, South Carolina was outpaced by its opposition in terms of passing yards, with 1,143 total passing yards to the opposing teams’ combined total of 1,259. While this isn’t a large margin, the Gamecocks could improve their chances to score by completing more long passes and holding on to routine catchable balls.

Notably, freshman quarterback Ryan Hilinski threw for just three yards in the first half against Missouri. While he was reportedly dealing with elbow discomfort, large receiving yard deficits compared to the opposition aren’t sustainable if the Gamecocks want to win.

Pressure on the pocket tends to result in rushed plays, misinterpretation and throws that miss the mark. Key mistakes were made in the Missouri game, including Hilinski throwing a 100-yard interception and spiking the ball backward, resulting in Missouri senior linebacker Cale Garrett easily scoring a touchdown. The Gamecocks would benefit from working on communication and reading plays in the bye week to prevent such mishaps in the future.

There is promise of chemistry between Hilinski and senior wide receiver Bryan Edwards. Edwards currently leads the team with 311 receiving yards.

Building on the cohesion between Hilinski and Edwards and between Hilinski and junior wide receiver Shi Smith will improve South Carolina’s offensive game by allowing confidence in the team’s ability to complete long passes and avoid the thick of the opponent’s defensive line.

In the team's loss against Alabama, the Gamecock defense did not hold up as strongly as it could have against the Crimson Tide’s running game. South Carolina attempted unsuccessfully to take down key long runs made by Alabama, shooting for lower body tackles the Crimson Tide was able to dodge.

South Carolina’s secondary is mostly comprised of true freshmen, who are in need of more practice and experience against strong offensive running to tighten up the defensive line back end. The players will have to strategize the best methods for tackling strong runners and prevent opponents from racking up scores the Gamecocks would struggle to catch up to.

If Hilinski and his fellow true freshmen can get more practice and experience with tough situations under their belts, they’ll be key in South Carolina’s success going forward. The team still has to mesh in terms of collaboration and communication with each other in order for offensive plays to run smoothly and tighten up the defensive line to hold opponents at bay.

After a week for practice and rest, the Gamecocks look to upset No. 3 Georgia on Oct. 12. If they cannot iron out the kinks, the Gamecocks might miss out on the opportunity to play in a bowl game this season.