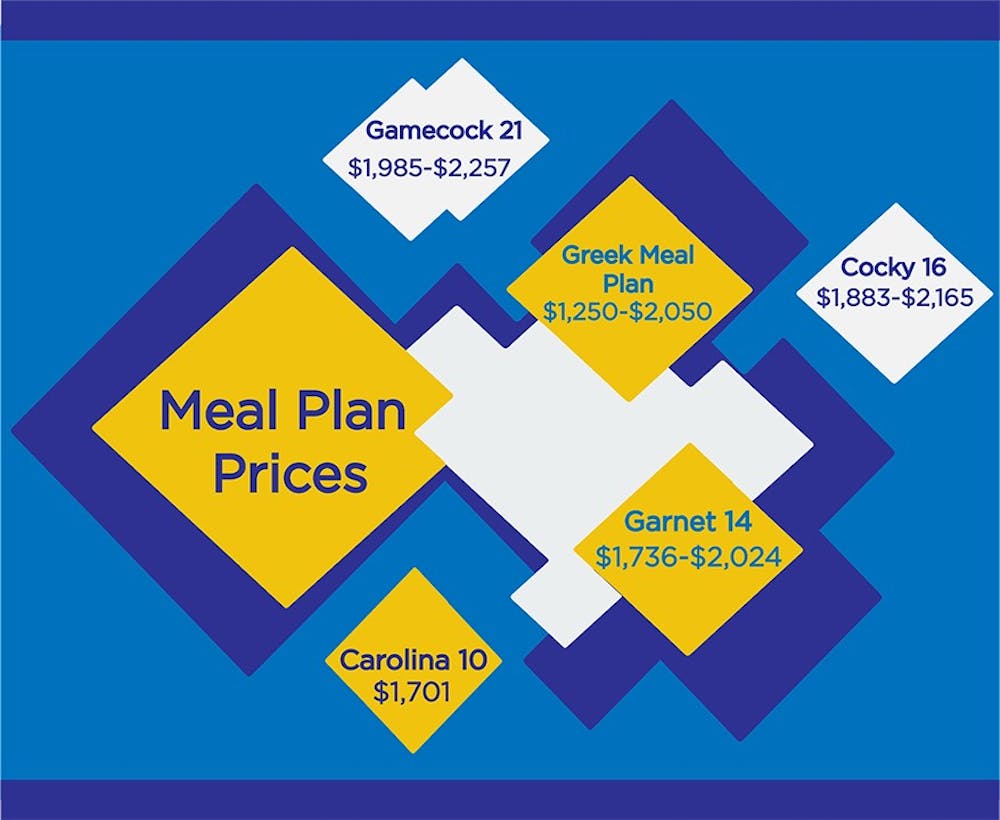 A third-year student was at Dance Marathon last semester when she weighed herself in the bathroom and realized she had dropped 17 pounds in two months after being unable to afford groceries.

“When I stepped onto the scale and looked at the number, I was like, ‘Oh my God. I’m actually unhealthily small,’” Anna, a pseudonym for the student who asked to remain anonymous, said.

Anna said she struggles to pay for school, textbooks, her sorority, rent and everyday necessities such as food. She has celiac disease and cannot eat gluten, which she said makes eating even more expensive.

“Sophomore year was one of the hardest years of my life because of finances. It put stress on me, and it made me very depressed. I had to start seeing a counselor at the health center,” Anna said. “I would stay up all night, and I wouldn’t be able to sleep. My body was not able to sleep. I was mentally stressed, physically stressed.”

Last semester, she mainly ate only when she went to work, which was during the weekend. During the week, she would try to eat one big meal of gluten-free pasta or rice and try to make that last for two days.

“Throughout the week, I was like, ‘Oh, great. What am I gonna eat today?’” Anna said.

Anna is not the only student at USC suffering from food insecurity, or the inability to afford enough food or enough healthy and nutritious food. A 2017 study by the Leadership and Service Center found that 23% of students who responded said they skipped meals in the previous 30 days, and 11% said they did not eat for an entire day because they could not afford food.

“Food insecurity is an issue in the state of South Carolina, or even nationally,” said Jabari Bodrick, the associate director of the Leadership and Service Center. “Anything more than zero people is a problem and something that we should try to address.”

Bodrick is the adviser for Gamecock Pantry, USC’s student-run food pantry. The pantry provides services for students, faculty and staff. Anyone with a CarolinaCard can use it. Bodrick said last fall, 121 people visited the pantry a total of 864 times, and in the spring semester 168 people came a total of 607 times.

Nancy Jones is the Gamecock Pantry executive director and a third-year international business and economics student who is working to spread the word of the pantry’s services. She said for her first full year at USC she had never even heard of it, and she wants to reach students who are unaware of it. She hopes if they spread the word, they can reach more students and make an impact.

“Food insecurity is incredibly pervasive, and it has ramifications for all parts of people’s lives,” Jones said. “Their education, therefore their ability to get a job, therefore the wages they’ll earn over their lifetime, therefore the economic class that their children are born into.”

Jones said she thinks of food insecurity as a spectrum, as there are some people who can’t afford any food at all and there are some who can’t eat at certain times. She said one pantry customer is on a sorority meal plan that doesn’t provide meals over the weekend, so she uses the pantry to eat on Saturdays and Sundays.

“People assume that food insecurity has to be that one extreme end of the spectrum where if you’re food insecure, then you don’t have a roof over your head or anything to eat,” Jones said.

Jones emphasized the importance of eating as a student going to college.

“You are not going to do well in your studies if you are hungry,” she said. “If a can of green beans or some applesauce helps somebody in some little way, then we’re doing what we set out to do.”

Student Health Service’s outreach dietitian Lindsay Shazly said some of the health center’s cooking classes teach students to cook on a budget and offer food insecurity awareness training. She said the center has research showing less than 5% of USC students eat the recommended amount of fruit and vegetables.

“I think you can definitely eat healthy on a budget, but you just have to plan and you have to be creative,” Shazly said.

Anna said she is worried about what she is going to eat in the next few weeks because her rent is due soon. She said she is better off than she was last semester because she had a job over the summer that is helping her pay for things this semester, but she hopes she doesn’t fall back into the place she was at in the spring.

“People are really lucky when they are able to afford things that other people can’t and take it for granted,” Anna said.