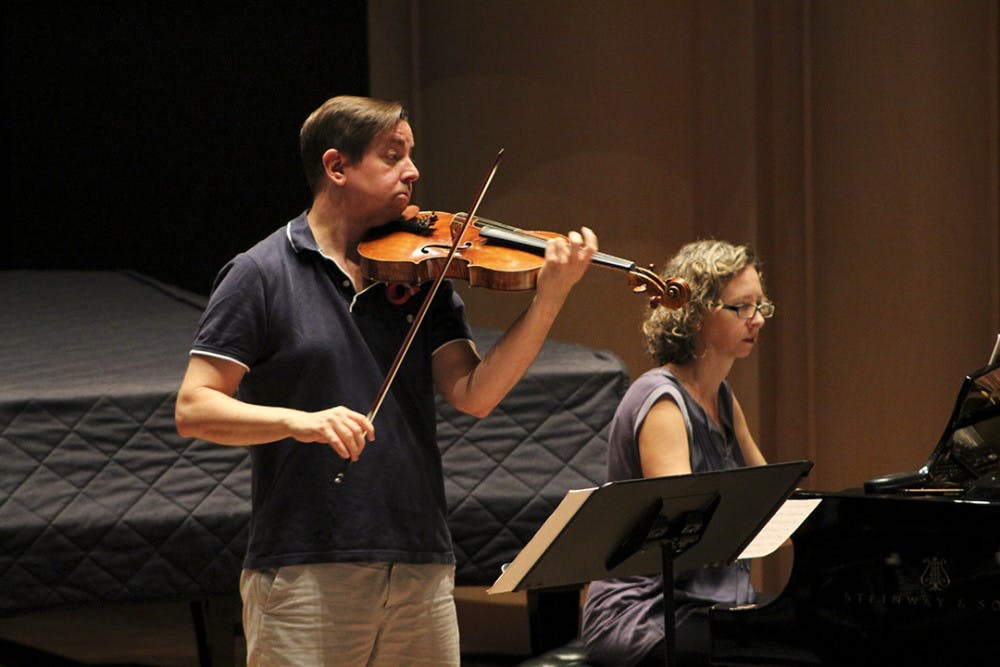 The Freeman Sunday concert series gives University of South Carolina music faculty the opportunity to perform a wide variety of music for the community while helping students in a different way.

Named for philanthropist and supporter of the USC School of Music, Cornelia Freeman, the series consists of both old and new works performed by faculty. The money from tickets sold goes toward scholarships for music students.

The series used to exist under a different name, but chair of programming and performer Lynn Kompass said everyone was “so fond” of Freeman they eventually changed the name of the series to the Freeman series.

“She was a constant concertgoer and really believed in the mission of the School of Music,” Kompass said.

As chair of programming, Kompass finds connections between the pieces faculty members want to play, so there’s an overall theme for each concert in the series. The theme changes throughout the series, but a program Kompass is excited about is one dedicated to Beethoven, who she said was an important composer in many genres, especially chamber music.

The series, however, does not only consist of the classical. It also involves modern and experimental music.

“The September 15 concert will have a piece from 1819, 1919, and 2019,” faculty member Greg Stuart said in an email interview. “I’m curious to see how audience members will find a pathway through these three quite different pieces.”

In this concert of the series, Stuart is performing his original work, "Aerosol Aperture," with help from his students.

Stuart described the piece as mixing the timbres of various instruments and sounds, including violin, percussion, vocalizations and electronic harmonies.

To achieve this feat, Stuart will have the help of the USC Experimental Music Workshop, which consists of Honors College students who, he says, “wish to broaden their musical experiences.” The upcoming performance of his piece supports why he finds the Freeman series personally important.

“The series is significant to me in that it allows for really interesting collaborative performances between fellow faculty and students,” Stuart said.

It takes a vast amount of time to put the series together and rehearse for each concert, and Kompass said because the faculty is evolving, bringing everyone together can be difficult.

“Our faculty is busier than ever,” Kompass said. “They’re very active, traveling and performing all over the place, and so it can be very tricky trying to get people together on one date.”

Despite the challenges, the series gives faculty members the chance to perform pieces they enjoy in small groups with one another, and Kompass said there's a lot of great dialogue during the preparations.

Kompass said she hopes that throughout the series, audience members realize how diverse faculty members are in their interests and how much love they have for music.

“I want people to really feel the vitality of music that we are creating all together as a faculty,” Kompass said.