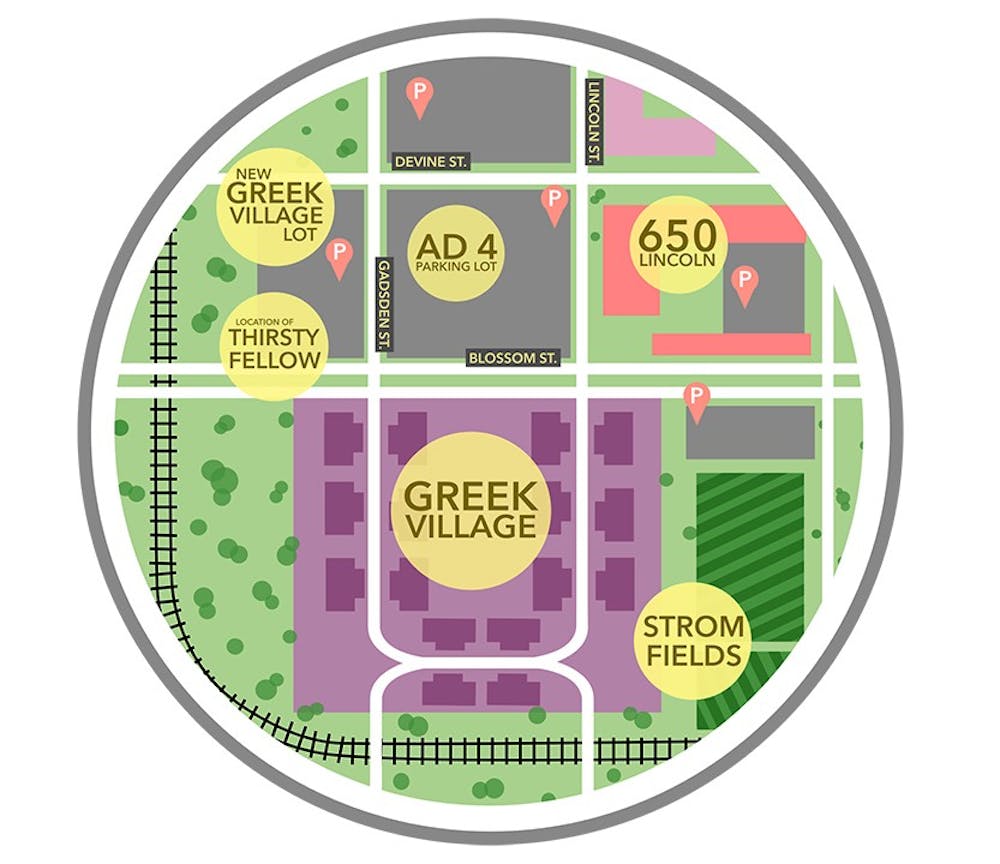 A Greek alumnus started a petition on change.org that garnered more than 3,000 signatures in less than 24 hours following the university’s plan to throw out the construction of a Greek parking garage and opt for a surface lot instead.

Mary Riolo’s petition spread rapidly through Greek life and received support and signatures from current students, alumni and parents who commented their grievances about the new plan and the fee they had been paying since 2016. Riolo is a former member of Alpha Delta Pi and now studies law at USC. Her petition has more than 5,300 signatures as of Sept. 22.

“Parking is a huge issue on campus, obviously, so no one here is trying to discourage anybody from creating more parking,” Riolo said. “It’s just the university should have looked at this in a much more prudent manner and they should have thought more deeply about the ways that this would affect students.”

Riolo has since sent the petition to the board of trustees and university officials and has not received a response. She hopes to get the chance to speak to the board about student grievances with the fee and the parking plan.

“I think there’s this theme at this university of, ‘Oh, the board of trustees,’ and everyone in charge has this unvetted power,” Riolo said. “It would be nice if we as students, alumni and parents would be able to have a say if we think something is going wrong.”

Riolo said she does not expect a full refund of the Greek Village parking fee from the board of trustees, but would like to see students only pay for the construction of the surface lot and not the redesign of 707 Catawba. She said the remainder of the money should be refunded to students.

“When you introduce into somebody’s life a couple hundred dollars out of nowhere, that has a large impact, especially when they’re a student and they’re budgeting,” Riolo said. “Some of my friends were working and paying for everything themselves, paying for schools, paying for their sororities, and it was a huge financial hardship on them.”

University spokesperson Jeff Stensland said the parking fee generated $7.5 million for the construction of parking spaces for Greek students. He said the costs associated with the parking garage plan would have gone up to $36 million, which would have required state approval.

“This solution will cost significantly less than the original parking garage proposal,” Stensland said in an email. “The plan will also deliver a parking solution that more quickly meets the needs of the Greek community and significantly reduces the lifespan of the Greek parking fee.”

Stensland said the $7.5 million plan would take less time to come to fruition and would cover the cost of taking down the two buildings that stand in the lot and the landscaping and paving of the lot. It would also include lights and safety call boxes. He said the money would not be used to construct a new building.

The university also wants to give the current commuter lot across from 650 Lincoln to Greek students and move the commuters closer to a space near Colonial Life Arena, according to Stensland. This would make up to 800 spots available to Greek students.

"It's important to remember that the full Board of Trustees still needs to approve the plan," Stensland said in an email. "We should have more clarity after the October meeting."

“I am committed to finding solutions and ensuring that this project delivers what it was designed to and that the process is transparent,” Rankin said.

Riolo said she hopes that the board of trustees takes student opinions and thoughts into account when voting about this plan at its meeting in October and wants to see a change in the fee before then.