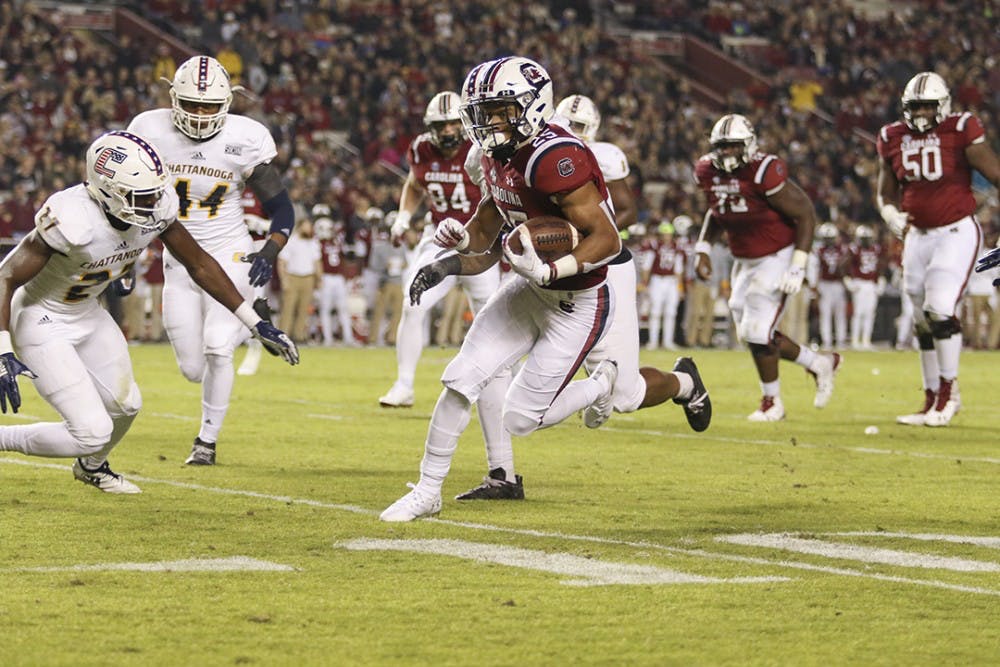 The 2019 Gamecock football schedule is perhaps the toughest schedule in all of college football this season, with heavyweight opponents such as Clemson, Alabama and other SEC powerhouses.

However, along with these difficult games comes what fans like to call “easy wins” or “cupcakes.” These nicknames are usually reserved for teams that play in the Football Championship Subdivision (FCS), as these schools are usually much smaller than their Football Bowl Subdivision (FBS) counterparts.

A lot of FBS schools, including South Carolina, schedule these teams on a yearly basis. Last year,  the Gamecocks blew out FCS team Chattanooga, 49-9. This year, South Carolina is scheduled to take on Charleston Southern on Sept. 7 at Williams-Brice Stadium.

Now a question a fan might ask is, “Why would an FCS school play FBS teams to just get blown out?”

Many FBS schools will pay hundreds of thousands of dollars for FCS schools to come to their stadium. For example, South Carolina is paying Charleston Southern $400,000 to come to Williams-Brice this season.

Although this might seem like pocket change to a South Carolina athletic program that raked in just over $140 million in 2017, the money smaller FCS schools receive from the powerhouses of college football is monumental.

For the Mocs, the $400,000 they received for their 49-9 loss to the Gamecocks would’ve made up about 15% of their athletic budget in 2015 and nearly doubles the amount the athletic department fundraised in 2015.

This is also the case for other FCS teams, such as Idaho State University, which was paid $700,000 to play Nebraska in 2012. Former Bengals head coach Mike Kramer said the money made a huge difference for the athletics program at Idaho State.

“We’re chasing money, not just for football, but for all of our programs,” Kramer said to FOX Sports. “If football has an opportunity to go on the road to make more money, to make life possible in other areas, not just football, then that’s what we do.”

Also, these "cupcake" games do not only benefit FCS schools, but also FBS teams. For example, in last year's game against Chattanooga, South Carolina also took a hefty payday as the Gamecocks raked in over $1.14 million in net income and came out of Williams-Brice Stadium with a win. However, this is not always the case.

As many South Carolina fans know, there are also risks involved when playing FCS teams as the Gamecocks fell to FCS team The Citadel, 23-22, in 2015 and still had to pay the Bulldogs after taking the loss.

This was also an occurrence for one FBS team during week one of the 2019 season as Western Kentucky paid Central Arkansas $325,000 despite falling to the Bears, 35-28.

Another benefit FCS teams get from playing against the goliaths of college football is the opportunity to play in goliath-sized stadiums.

For most FCS schools, players usually spend their Saturdays in stadiums that sit anywhere from 5,000 to 20,000 fans. However, when they go to stadiums such as Williams-Brice, these athletes get to play in front of 60,000 to 100,000 fans and have an opportunity to play in front of more NFL scouts than usual.

Some Gamecock fans might complain about playing a smaller school such as Charleston Southern on Sept. 7, but what most fans often seem to miss is just how much this kind of game does for the “little guys” of Division 1 football.