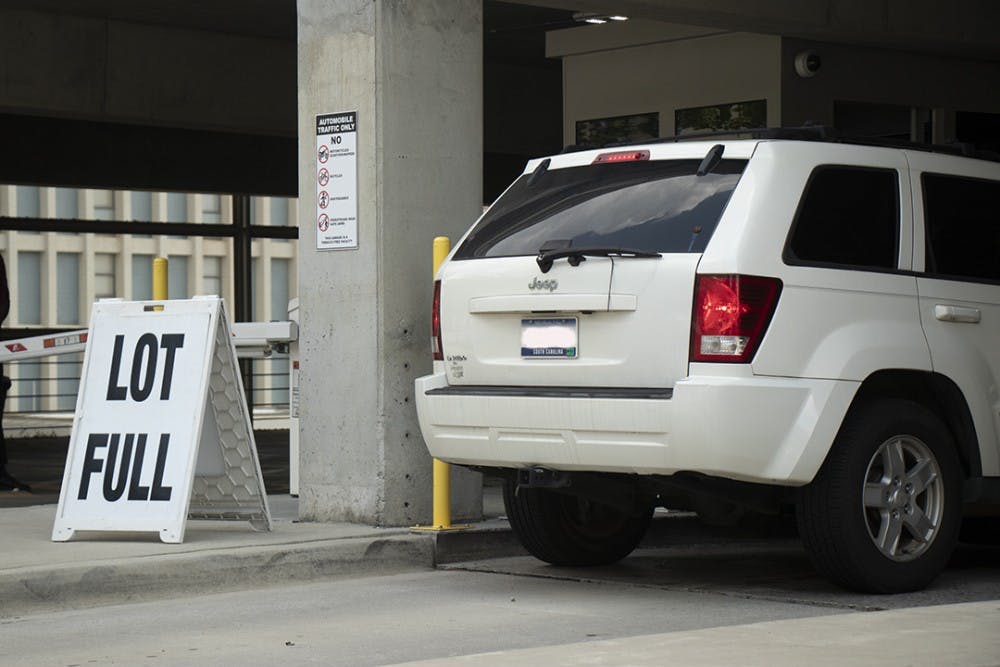 By Sarah Eissmann, and Christine Bartruff

“They used to only accept cash, so there weren’t as many students who would park there,” Taylor Apel, a fourth-year public relations student, said. “But now since they accept cards, there is a line wrapped all the way around going into the outside that takes way too long to get out of.”

Apel says the line to pay was once so long that she had to leave her car in the garage and Uber home so she could prepare for a meeting.

According to Parking Services, the new credit and debit options aimed to make parking in the garage more convenient for students and staff. Student Body President Luke Rankin worked with Parking Services on the initiative as one of his campaign promises was improved parking services.

“Most college students and people today don’t carry cash,” Rankin said. “I said, ‘Why don’t we make this just more effective and efficient and help the lines be reduced by making more payment options available?’”

Still, some students agree with Apel and said they have also had their schedules delayed because of the pay station and its new payment options.

Tenesha Grayson, a third-year political science student, said she has been parking in the garage every day for class and has been late to classes before.

Gabriella Kinzler, a third-year public relations student, said she has trouble getting a spot.

“Since the beginning of the semester, it’s insane to park there,” Kinzler said. “You have to go to class probably an hour early and expect an hour to get out of there on busy times.”

Kinzler said she also faces problems after paying, saying it takes almost 30 minutes to get out of the garage on busy days.

“I am going to avoid driving to campus as much as I can,” Kinzler said.

However, other students believe that new pay stations have improved parking conditions.

“I think it’s been better since we can use a credit card and debit card. I would struggle last year. Sometimes I’d forget money,” Kelly Vatt, a third-year advertising student, said.

Rankin said the new initiative has helped lines move quicker. In the future, he wants to add kiosks to several floors of the garage to facilitate payment.

"Since implementing these options prior to the fall semester, feedback has been overwhelmingly positive," a Parking Services statement said. "We continue to monitor the process for any needed improvement."