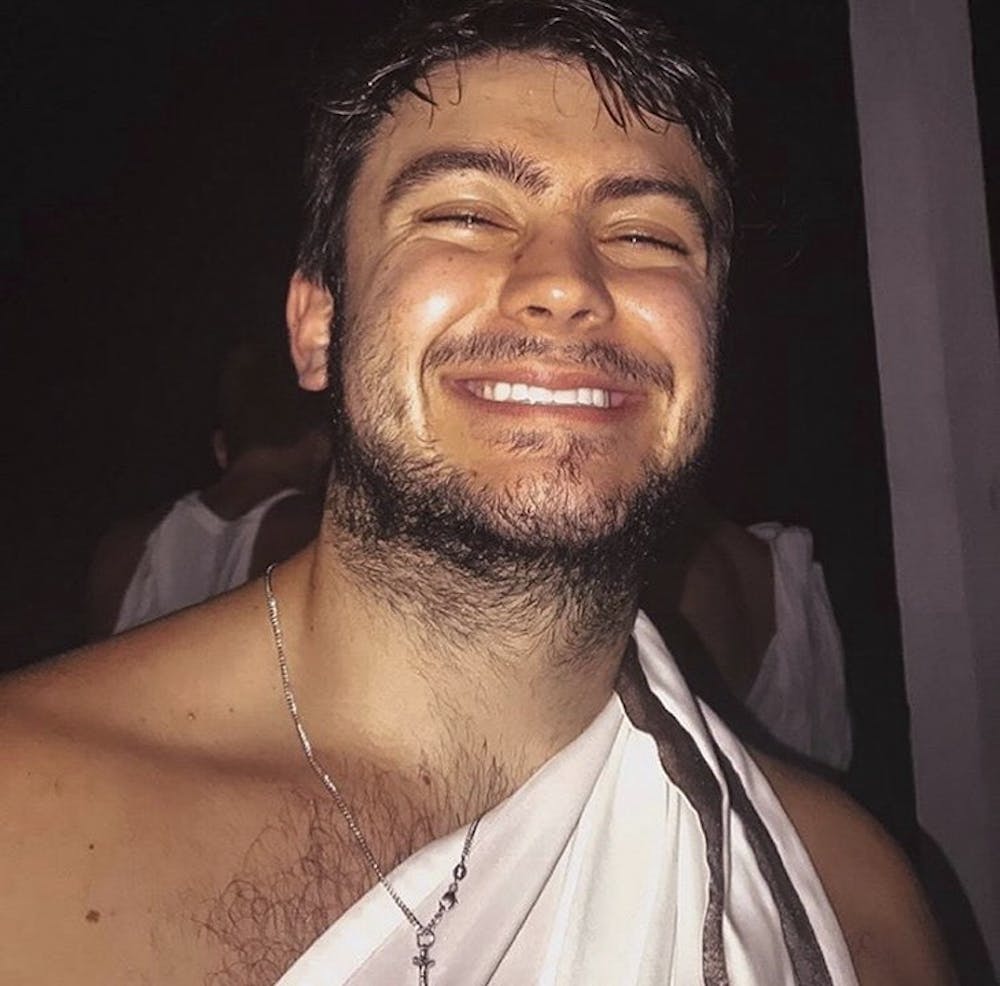 Matthew Grossmann was known by friends to be full of energy. He was upbeat, he made people laugh and he loved to freestyle rap.

“He always just had a really big smile on his face all the time,” said Louis Griffith, a second-year sport and entertainment management student. “No matter what the situation was, he was always a positive feature in the room.” Grossmann was one of Griffith's pledge brothers.

Two weeks ago, Grossmann died by suicide in the Sigma Alpha Epsilon (SAE) house in Greek Village on campus. Since then, the Panhellenic community and other groups on campus have come together for two separate vigils honoring his life.

Ford Pugh, another pledge brother, recalled Grossmann’s love for rap music and said he could rap more songs than anyone he knew.

“Even when nobody would ask him, he'd just start going,” said Pugh, a second-year sport and entertainment management student.

Grossmann was in his second year at Carolina and loved college basketball, especially Michigan State.

Tommy Hennelly was friends with Grossmann since high school. After Grossmann moved to Hennelly’s hometown of Roswell, Georgia, in eighth grade, the pair spent a lot of time together. They loved to play basketball on a half court in Grossmann’s yard. Of course, the court had a Michigan State logo on it.

The two stayed close, getting into USC and joining SAE together.

“Everybody loved him in the fraternity,” said Hennelly, a second-year sport and entertainment management student. “He loved everybody else.”

“You really never know what anybody’s going through,” Pugh said. “You just always gotta try to tell somebody you love ‘em.”

With a community in mourning, SAE brothers are turning to each other and the rest of Greek life for support. Hundreds of students attended both vigils bearing flowers, candles and condolences.

“Our main source of therapy is each other and the support we've received from everybody else,” Pugh said.

She also said there’s no correct way to process something like this.

“It's OK to engage in their normal activities. Oftentimes after a death, people feel guilty about kind of going back to their routine but that is perfectly OK,” Scott said. “It's OK for them to laugh, to smile, that's not disrespecting the memory of the person that they lost and often that is how people can grieve in a healthy and productive way.”

However, counseling is certainly an important option for many, and it’s available for students. Any student can walk into the counseling center between 8 a.m. and 6 p.m. and see someone immediately.

Hennelly said he doesn’t think there’s a stigma surrounding depression, anxiety and other mental illness in Greek life, but said campus could benefit from more awareness.

“I think it sucks, but stuff like this is what it takes to kinda make people start recognizing it more and bringing more awareness to it,” Hennelly said.