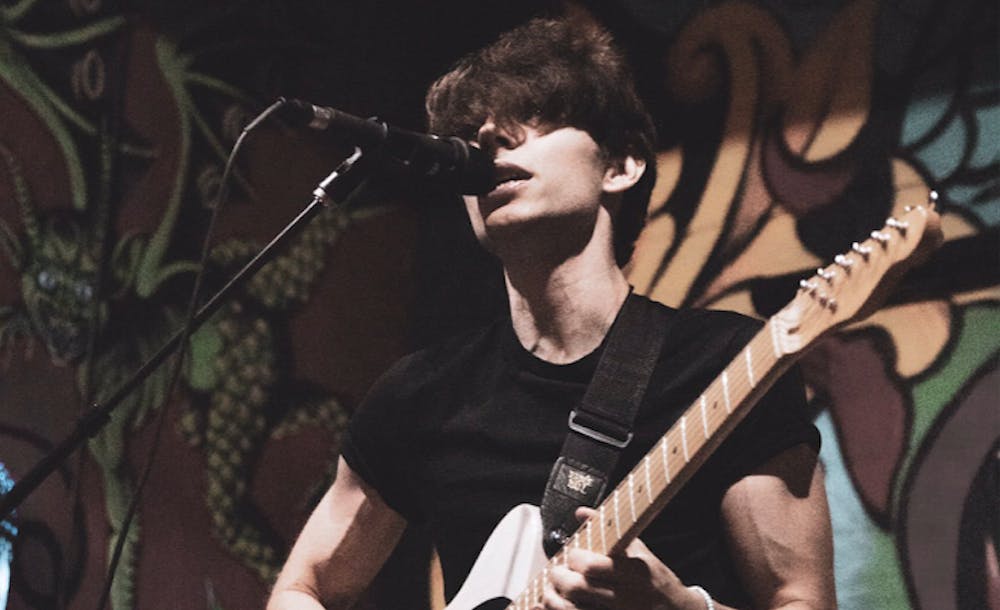 Gabe Mouer is terrified. He’s been sitting on a fully mixed debut album for five months now. Once released on Sept. 6, his solo project, Patternist, will officially enter into a new era.

Patternist began as a synth pop band, inspired by a wave of what Mouer called “pop apologists” — groups like The 1975 who embrace the pop formula in ways that legitimize it to alternative audiences.

Mouer's favorite artists, however, are those without any synths at all. He grew up on Daphne Loves Derby, This Providence and other emo bands of Seattle's music scene. These bands were a revelation from the kind of music Mouer heard on the radio.

By the time Mouer began working on his debut album, titled "I Don't Know What I'm Doing Here," he felt pigeonholed in the realm of synth pop. So he broke from his normal song writing strategy. Instead of starting with a drum beat and then layering synths and guitar on top, he started with guitar riffs. Perhaps subconsciously, his album took on a sound more in line with his early inspirations.

“It sort of felt like coming home again," Mouer said. "Like I was rediscovering what I loved about making music when I was younger, and then that basically directed my approach to the rest of the record."

Patternist's previous singles and EPs were what Mouer considered to be the most commercially viable version of what he thought he could do. While he said he is still proud of those works and thinks they have merit, he has also started to branch out and take more creative liberties. Part of him wonders if his synth pop fans will be as receptive or respond with disinterest.

"Yeah, I’m still scared about that, and I’m not convinced that this record is even what people want," Mouer said. "It just sort of felt like I couldn’t continue to make Patternist records like I had and be satisfied with what I was doing.”

The record will be Mouer's first work entirely written, performed and mixed by himself. As such, there was plenty of learning involved, and he would go back to apply new skills to tracks he'd already finished mixing. He said the process was rewarding, but now he nonetheless has trouble listening to the finished album without picking apart areas in which he could have improved.

This doubt, coupled with loneliness, is a central theme of the album.

"It’s about feeling isolated and lost and kind of meandering through life," Mouer said. "Life is a lot of figuring it out as you go along, and that can be very frightening. Some people just take that in stride, and other people like me have great anxiety about that."

When Mouer showed the "Bikes" demo to McKenzie, she said there was something missing, that the vocals were lacking energy.

"At the time I was crushed," Mouer said. "Ashton is my litmus test. If she likes or doesn't like a song really determines how comfortable I feel about it."

Once he found a new melody for the song, he was able to construct a narrative that was more personal. For this reason, he said, "Bikes" represents what he hopes Patternist will be moving forward: not so much synth pop as narrative-led, honest guitar pop that is willing to take risks.

The rest of the album did just that. "Keep Your Love" incorporates flute of Afro-Cuban inspiration. "How am I Not Myself?," originally two different songs, includes a piano riff with a string quartet arrangement run through a tape player. "Get a Grip," which is the opening track and was at one point used in "Bikes," is just barely over a minute long.

“I had that melody kicking around for a while, but every time I tried to turn it into a full song, it felt like I was just shoehorning things in, and when it came down to it, I feel like it said everything it needed to say in one minute," Mouer said. "I just thought, ‘OK, well, I’m making a record. I get to do this. I get to have a track that is one minute.”

Throwing so many creative tracks into a guitar album felt satisfying, but Mouer said there are still production-heavy songs with the classic Patternist feel. He doesn't believe he will ever lose the synth aspect of his music.

Now, Patternist is ready to release it's first full-length album, despite all the uncertainty that characterized the process. Mouer hopes the album will find its niche and, above all else, that people walk away feeling a little less alone.

Patternist plans to tour the record later this fall. Dates and cities have yet to be announced, but Mouer anticipates a stop in the Carolinas.