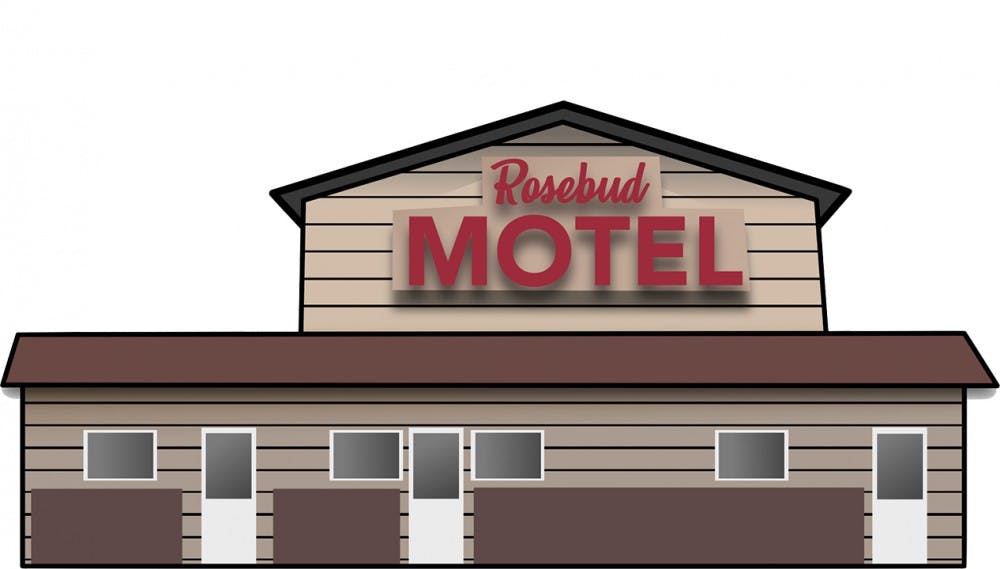 Column: "Schitt's Creek" is about as underrated as the town itself

With a name like Schitt’s Creek, it’s hard to take the town seriously. This is what the Rose family initially thought when they purchased the town for comedic effect. However, when it turns out to be the only sanctuary the spoiled family has left after losing their fortune, the Roses find there is more to Schitt’s Creek than meets the eye.

This seems to be how it plays out in the real world as well.

“Schitt’s Creek,” which has been on the air since the beginning of 2015 and is finishing out its run with a sixth season in 2020, has only been nominated for four Emmys during its nearly five-year span. Four, at first glance, does appear to be something to celebrate, but when you take into account how many nominations shows like “The Office" received — 42 — it makes one sit back and wonder where “Schitt’s Creek” has gone wrong.

The answer might actually lie within what the show has done right.

Although the Roses begin as two-dimensional, take-no-schitt characters, their character arc progressions are liberating. Show creators Dan and Eugene Levy veered clear of stereotypes for laughs. Catherine O’Hara, who portrays Moira Rose, is hit the hardest with the realization that her life is no longer the soap opera it was before. Instead of turning her into a heartless blend of selfishness and maliciousness, they evolve her character into a humble mother who hasn’t quite yet figured out the real world. Her humor lies within her personality and not her attitude, which is a nice change from the rich person stereotype.

The representation displayed is unmatched. Dan Levy’s character, David Rose, is revealed to be pansexual during the middle of the show’s run. In googling how many confirmed pansexual characters are represented in film, only a handful show up. This representation doesn’t seem like it gives the population justice. Viewers get a look into an otherwise stoic character when David comes out, and this reveal was played out appropriately by the Levys. His sexuality feels like it embodies him as a character, rather than a side story added for getting the viewers' attention.

The show wrapped up filming for its final season early this summer, concluding the Rose family’s stay in good ol' Schitt’s Creek. Before we say goodbye to the Rose family, they deserve the recognition. After all, they were a spoiled family before Schitt’s Creek hit them. They love attention.

Season five is expected to be on Netflix next month. The sixth season will premiere on Pop TV in January.