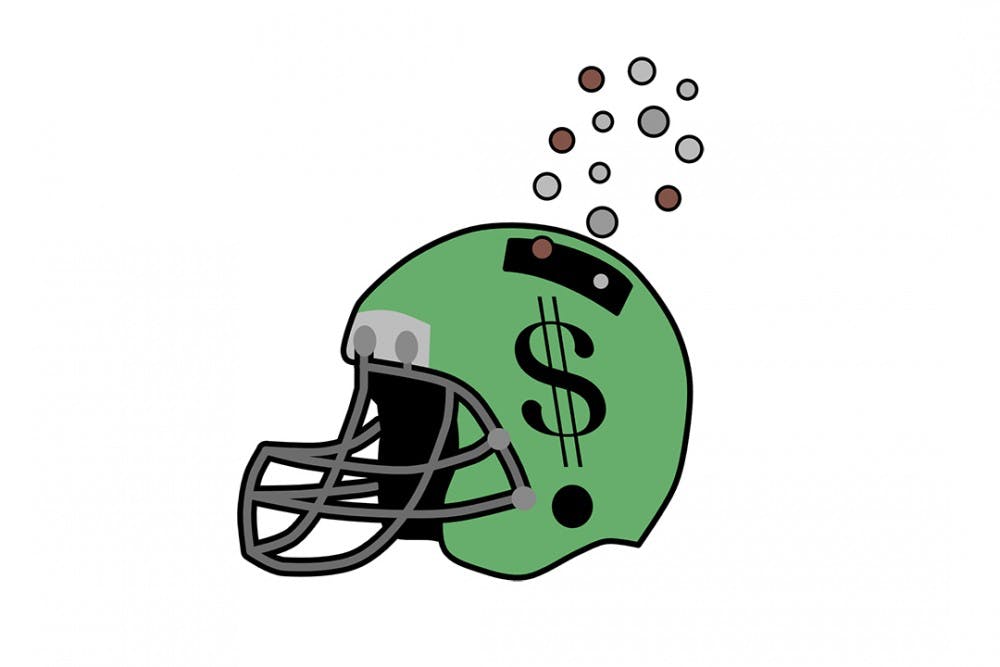 By Paige Davoren , and Elyse Pellegrino

Two South Carolina lawmakers are planning to follow in the footsteps of California and New York, who have proposed bills to pay college athletes.

California's state legislature sent a bill to the governor Sept. 11 that would permit college athletes to sign endorsement deals and gain profit for their fame.

New York Sen. Kevin Parker proposed a controversial bill a few days later that would allow college athletes to "sell the rights to their own names, images and likenesses," according to ESPN.

Parker told ESPN he added an amendment to the bill that would require colleges to divide 15% of their annual revenue among all student-athletes.

"It's about equity," Parker told ESPN. "These young people are adding their skill, talent and labor to these universities."

In South Carolina, Sen. Marlon Kimpson and Rep. Justin Bamberg are working to file a bill similar to California's.

“The legislation passed in California is a sign of the times," Kimpson said. "The NCAA is not an amateur sports league. This is a multibillion dollar sports empire where everyone involved makes money except the players on the field who earn it.”

According to The State, Kimpson and Bamberg would like to enable the state's larger universities to pay $5,000 yearly to athletes in successful sports such as football and basketball. Athletes would also profit from sponsorships and general fame.

The NCAA released a statement that if the bill becomes law, the schools would have unfair recruiting advantages, which would result in teams being unable to compete in NCAA competitions.

It also called the bill "unconstitutional" and "harmful" and said it will erase the distinction between college and professional athletes.

Despite the threats from the NCAA, its "no pay" rules violate section one of the Sherman Antitrust Act, which works to prevent unfair business practices. If the NCAA bans these members, it might lead to an antitrust lawsuit.

South Carolina athletic director Ray Tanner told 247Sports it seems like a "pay for play" and it worries him. He also mentioned some players might feel left out if more popular athletes were getting all the endorsement deals.

Some Gamecock students support the idea of allowing college athletes to be endorsed and paid.

"I feel like college athletes should get paid, considering schools sell merchandising and they get money off of it," Caleb Horton, a third-year biomedical engineering student, said.

Madison Blanding, a third-year anthropology student, agreed because she believes the time commitment for athletes is "super intense and demanding."

Other students felt skeptical or opposed the idea.

"I am mostly against it. I mean, I'm not very well informed, so, like, I'm not hardcore against it or for it, but I think for the most part, it's sort of going down a dangerous path. It depends on how it's executed," Caroline Clemson, a second-year public relations student, said.

Fourth-year sport and entertainment management student Nathaniel Ku said he does not support the idea.