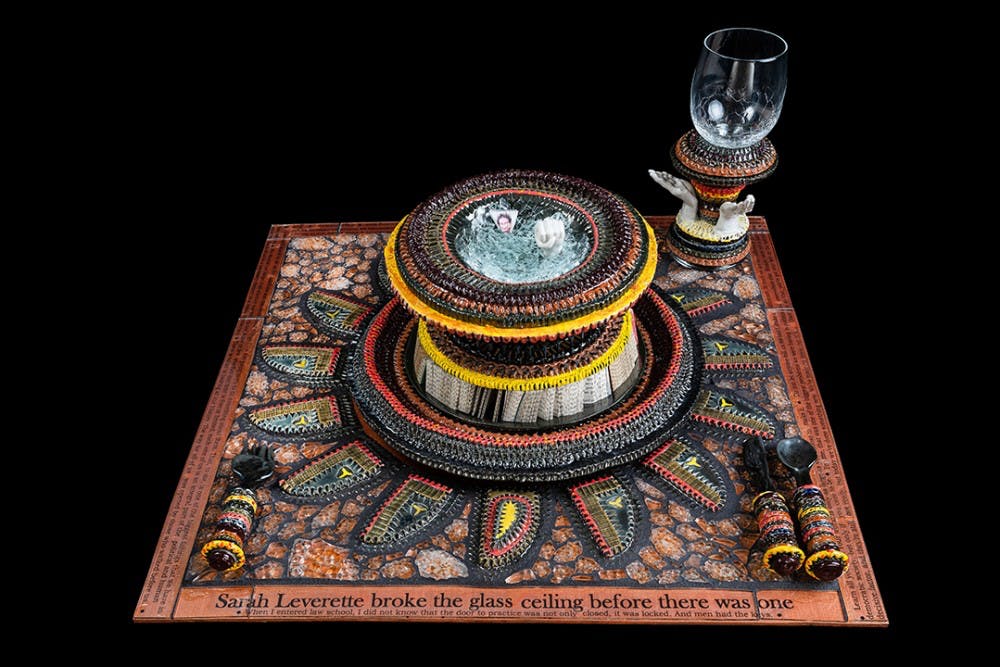 Matilda Evans was born in 1872 in Aiken, South Carolina. After attending medical school in Pennsylvania, she returned to South Carolina and became the first female African American licensed physician in the state.

Her strides in the medical field were unprecedented for women of color during the time, and her compassion for others threaded through her personal life, too.

“She never had any children of her own, but she adopted 11 children and put every single one of them through college as an African American single woman,” said Vicky Saye Henderson, director of “The Supper Table’s” theatrical performance.

Evans, along with 12 other South Carolina historical women, have an honorary seat at “The Supper Table.”

Jasper Project’s “The Supper Table” will be showcased at Trustus Theatre on Friday and Harbison Theatre on Sunday. Attendees will experience short films, literary essays and a theatrical performance centered around these historical figures while celebrating current women activists in the state, too.

Cindi Boiter, executive director of Jasper Project, was inspired by Judy Chicago’s feminist artwork, “The Dinner Party,” in the 1980s.

“I had always thought that it would make a wonderful model to use to illuminate some of the women in South Carolina history,” Boiter said.

The triangular shaped table includes individual place settings that commemorate artists, singers, lawyers and athletes who span three centuries of South Carolina history. Boiter said it's significant that eight of the seats are occupied by women of color.

Boiter said with the help of a grant from Central Carolina Community Foundation, she could hire artists to tell the stories of these women through writing, acting and visual arts.

The theatrical component of the night will feature the women around the table emulating a dinner conversation. Henderson said it was especially challenging to write scripts for women from colloquial times since there’s less information and no voice recordings. Making sure each woman was represented accurately was a priority for the group.

“At the end of the night, they feel like they’ve been around the dinner table and had a chance to meet these women,” Henderson said.

Since the women are from different periods in history, the conversation will reflect the diverse backgrounds of the women while highlighting their collective willingness to be leaders in the women's activism.

“The women who are seated at the table metaphorically are the women who basically couldn’t sleep at night,” Boiter said. “They saw injustice and they saw problems that needed to be solved.”

Sarah and Angelina Grimke, known as the Grimke Sisters, became well-known social activists of the 19th century. Raised in a plantation-owning family in Charleston, the Grimke sisters grew to despise the inequality they saw.

Henderson said their willingness to speak their mind amidst mixed company was unheard of back then.

“To get up there and speak about controversial issues like slavery and women’s rights and things like that — completely radical,” Henderson said.

Boiter, who taught women and gender studies at the University of South Carolina for about 25 years and did doctoral research on Southern women’s history, said history is often traced from a male perspective. She challenges people to dig deeper.

“I hope people will question more, ‘What were the women doing?’ and then find out,” Boiter said.

All 13 women represented at the table are no longer alive, but many had influence on the more recent second-wave feminism movement beginning in the late 1950s.

One of the honored women, Sarah Leverette, died one year ago after a long career as a lawyer. As the third female graduate from USC's School of Law, Leverette entered the profession in 1943. She is known for leading the fight for women to serve on juries, and in 1967 South Carolina was the second to last state to pass the law.

“Our collective hope as the cast is that people will feel somehow inspired to take the baton and run this current leg of the race, truly not resting until everybody has a seat at the table," Henderson said.