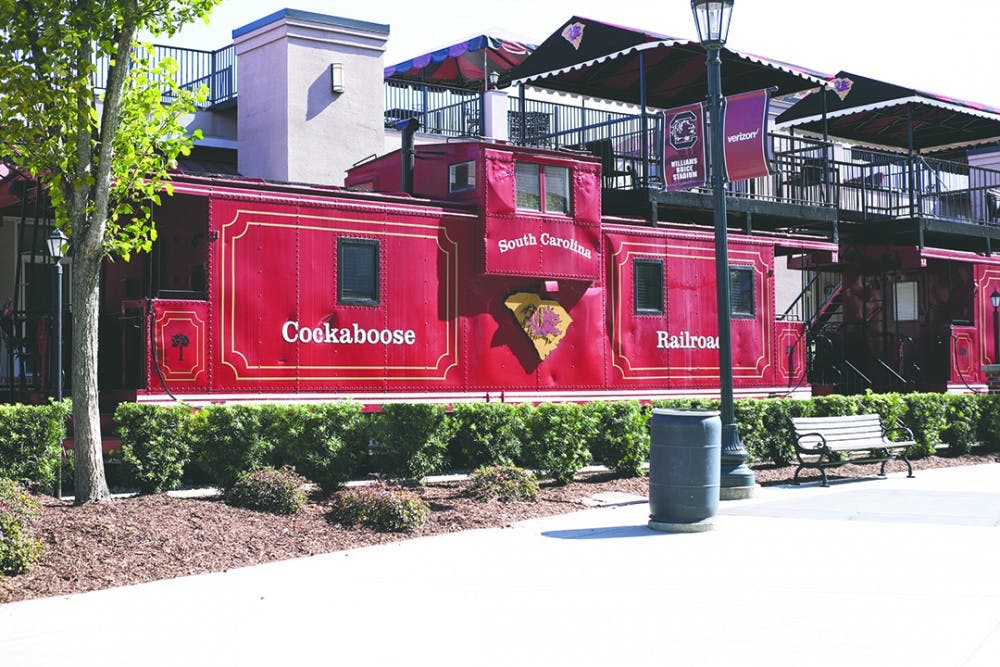 Tailgating, while its origin is unknown, is a colossal part of any sporting event in the United States.

With tradition dating back to the largest sporting events ever, tailgating has become an art, especially in football, and even more specifically at universities. According to 247Sports, the University of South Carolina has been rated the second-best tailgating scene in the SEC.

Food can vary between three or four key entrées at a tailgate: hamburgers and hot dogs, any kind of barbecue (pulled pork or ribs), a platter of fried foods (preferably chicken) or, during the winter, chili. The side dishes football fans snack on can vary based on the hosts, but these main dishes are a must when tailgating. Following the initial smell of the food, most tailgates consist of a cook, usually someone over the age of 30 who likes to show off their grill skills, and a host, a friendly and inviting person to create introductions and set the tone for the evening. USC has thousands of tailgates that are welcoming to the nose and the tongue with their potent sustenance and delicious taste.

Food isn’t enough to make the perfect tailgate. The mood needs to be set at each tailgate with some form of entertainment. Loud Bluetooth speakers or karaoke machines help set the mood and bring liveliness with laughter, singing and dancing. TVs are another popular form of entertainment where hosts stream other games right from the back of their pickup or SUV. This creates an atmosphere that prepares fans for the game before they head into Williams-Brice Stadium. Fortunately, there are many tailgates consisting of both.

The Gamecocks have some of the best tailgates in the country, but where are the hot spots?

This tailgating zone has shaded tents, TV hookups and even a stage for a band to perform on for the anticipating Gamecock fans. On top of the several awards the lot has received, there's plenty of room to bring some friends and throw the pigskin around and get into that South Carolina football spirit.

Remember the “Too much stuff, not enough space” commercial? Well, consider the Fairgrounds to be your SpaceBag storage pack. If you need more wiggle room, this tailgating hot spot is full of room where fans won’t be smothered by the preceding tent, so Gamecock supporters have plenty of room to party and prepare for the game.

Right beside the gate to enter the touchdown zone section sit garnet and black train cars. Known as the Cockabooses, fans tailgate in privately-owned railway cars with air conditioning and running water. This is one of the premium tailgates at USC, so you’re on the right track (pun totally intended) if you end up here.

With the Chick-fil-A sandwiches sold, this lot seems to be pretty popular among tailgate connoisseurs. Other than the d Polynesian sauce dripping from your face, Memorial Lot has so much to offer. The camaraderie is nearly unrivaled due to how incredibly exclusive it is to be one of ten people who get a wristband to tailgate with friends in this spot. Spots go on sale over the summer for just under $600, and each spot comes with just 10 wristbands.

The reason this is so low on the list is due to the fact that you have to know people to get in. This private lot is where fraternities come together to prepare for the Saturday football matchup, but spots are limited. In order for boys to get in, they must either be a fraternity member of a registered frat or get a wristband through a member. For girls, they can buy a season pass that will earn them entry into the frat lots every home game. There are 3,000 passes that go on sale over the summer and cost $100 each. Before each home game, 1,000 single-use passes are sold for $10 each through an online portal.