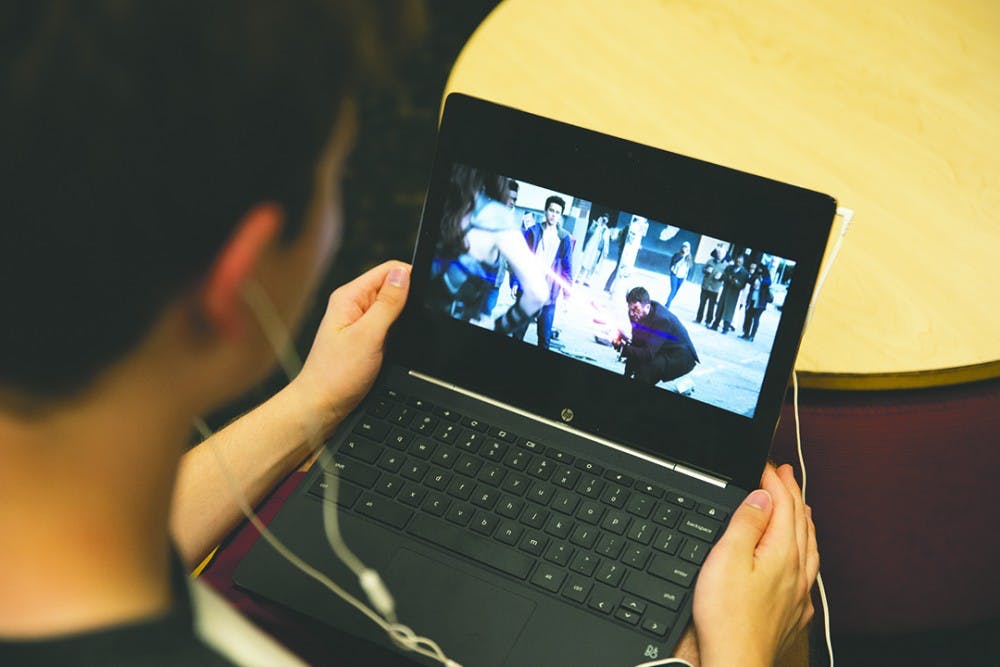 “The Boys” shines a new light on a band of trusted lionhearts who turn out to be more corrupt than meets the eye — or, at least, the average human eye. This is a show about superheroes, after all.

The Amazon Prime original takes place in a world akin to comics: Superheroes protect the city and, in turn, are praised for their chivalrous actions, painted to be godlike figures who do no wrong. In this universe, they are referred to as "The Seven," run by a multi-billion dollar company called Vought International. Together they have turned selfless heroism into a publicity stunt, making millions of dollars off their special abilities and a facade of wanting to save civilians.

When Hughie Campbell (Jack Quaid) witnesses one of the beloved members of The Seven murder his girlfriend with little remorse, he gets his first exposure to the corruption of his city's protectors. Campbell joins forces with Billy Butcher (Karl Urban), kingpin of an underground group whose mission is to uncover the truth about The Seven.

On the other end of the spectrum, Annie January (Erin Moriarty) wants nothing more than to be a part of The Seven. January is accepted into the unyielding, fast-paced superhero world due to her ability to maneuver light. Her firsthand experience with the scandals makes her a reputable candidate for taking the Vought industry down from the inside.

The change of perspective from cherished champions to crooked criminals is a fresh take on the superhero world. After the groundbreaking finale of Phase Four of the Marvel Cinematic Universe in "Avengers: Endgame," flipping the script and making the troupe of disheveled nobodies into the heroes panned out well for the streaming service.

Although the overarching plot is promising, the script seems to fall flat in areas that had potential. Campbell and Butcher’s good cop, bad cop trope is an endearing addition to the story, but that’s about as close as we get to an attachable relationship. The plot seems to carry too many storylines to fit within an hour's time frame for each episode, thus losing crucial time for character development.

The effects, on the other hand, rose above expectations. With a show as grungy as this, there are two feats to overcome. If the CGI isn’t believable, it takes a certain element out of the show.

The second battle is fantasy. Superpowers are in the realm of magic, which is associated with rainbows, butterflies and happily ever afters. “The Boys” established the opposite when viewers watched Campbell’s girlfriend’s guts splatter on him during the first few minutes of the premiere episode. The show maintains its gritty nature while simultaneously making the heroes look less like characters out of a fairy tale.