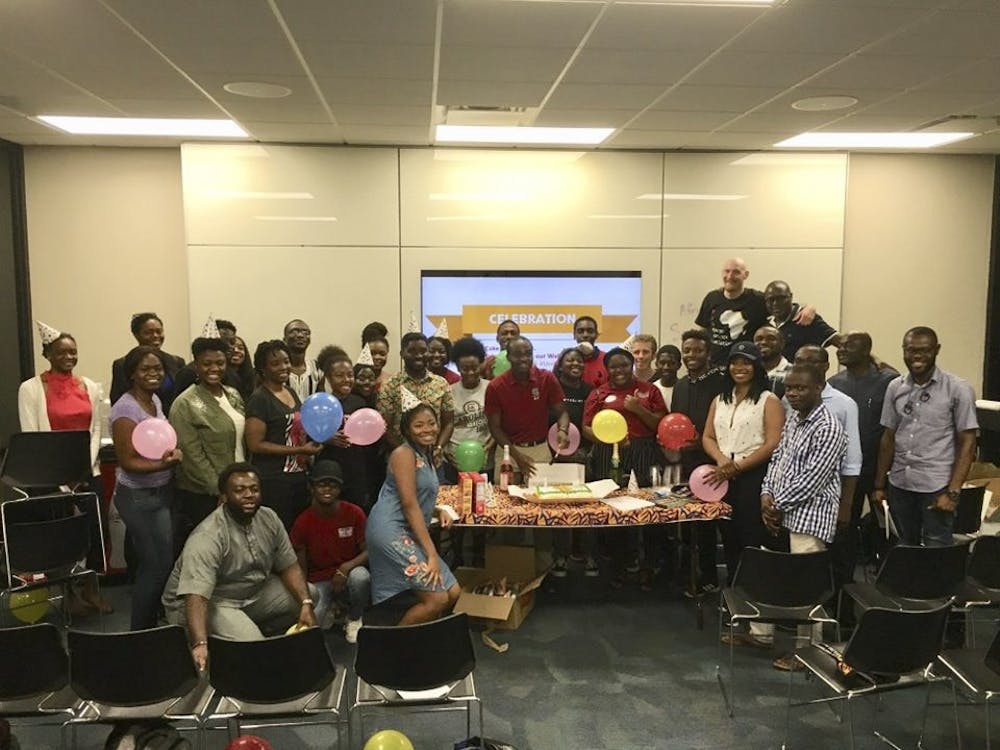 This semester, the Pan-African Student Association (PANASA) celebrated its 10th anniversary as a student organization on campus. PANASA was originally founded in 2009 by Chris Aluah, Christopher Reid and several others with the intention of supporting international African students.

Aluah, the organization's first president, passed away in 2015. However, the organization has grown "far past what I even imagined that it would be," said Reid, the assistant director of retention and integration in the Office of International Student Services employee.

Reid served as the organization's first adviser and said in the beginning, he and the Office of International Student Services were just trying to find a way to support African students with issues they dealt with.

Reid said he felt he wouldn't have been the best leader for the group and that it would have been more "authentic" for an African organization to have an African leader. This led him to reach out to a Ghanaian student named Chris Aluah.

Within 24 hours, Aluah had not only responded back to accept Reid's offer, but he already drafted an invitation letter for the organization.

"It was beautiful," Reid said. "I remember just sitting there just stunned, which is exactly why I went to him because I knew he would be so good at this. So we took his message and I sent the email out."

Soon afterwards, the Pan-African Student Association was born and the organization conducted its first two meetings. It was in these first meetings PANASA drafted its constitution and Aluah was elected as the organization's first president.

Today, the goal of PANASA is to help provide African students and friends of Africa an outlet to interact with each other and educate people about African culture.

"It's one of the things that made me know that USC can be for me. 'Cause when I got here I was really thinking about, like, I'm going to transfer out after a semester after this year. But just knowing that even though not everyone here is like me, I have this small group, and it's more than enough," Balogun said. "It's like I have automatic friends, just like that."

Though the organization was founded with the intention of helping international African students, all students are encouraged to join, PANASA secretary Moji Awe said.

"Anyone can join. It does not matter your heritage or if you're African or not, we just want you to have an interest," said Awe, second-year pharmaceutical science student.

Fourth-year political science student and president of PANASA Prospere Loua said getting more non-African students involved is a current goal of the organization.

"To me, I see everything about love and have more common things, like common goals going forward," Loua said.

PANASA has meetings the first Thursday of every month. At its last meeting, members had a birthday party with cake and drinks in celebration of PANASA's 10th year as a student organization.

Awe said she believes it's significant PANASA has lasted this long.

"That means that for 10 years, people have also seen this vision and wanted to continue it," Awe said. "It's not that hard for, you know, an organization to kind of die out."

This year, PANASA has added several new events, such as town halls, game nights and even an African Thanksgiving. All of these events lead up to PANASA's signature event, known as African Night.

"Africa Night is a little bit of everything," Loua said. "We do dancing, people will come do poetry, sing and we cook African foods, of course."

Second-year chemistry student and public relations officer for PANASA Kwame Kennedy said the number one reason anyone should join PANASA is for a sense of connection.

"PANASA is a great community. We stick together, we take care of each other, we look after each other," Kennedy said.

Loua said older members helped mentor him when he first joined PANASA and said he believes the willingness of older members to help younger members has contributed to the organization's longevity.

"If it was not for those people I would have not been able to settle in and fit in here in this USC, so I feel like I owe it to the next generation, the new students, the freshmen," Loua said. "That's one of the reason I'm doing what I'm doing today."

Second-year pharmacy student and PANASA vice president Chinenye Agim said PANASA promotes diversity on campus because it is important for people to learn about African cultures.

Kennedy said PANASA is important because it educates people about the misconceptions and misrepresentations of African culture and African people.

"So many people don't know anything about it, like nothing. They associate us with tribal people just running around with like spears and stuff or something offensive like that, or when they think of Africa they think, like, 'Oh, they're poor,' 'Oh they're diseased,' 'Oh they have lions,'" Kennedy said. "It's very, very misconstrued."

Agim said she believes there is still a strong need for PANASA on campus, and this need will exist as long as there is a population of African students on campus.

"Even if there was one student, a hundred students, a thousand students — African students, I mean — the presence is necessary, not just for our own people," Agim said. "It's beneficial to kind of know the people around you, including Africans, because we will always, always be around."

Today, PANASA remains the only African student organization on campus and, despite the fact that most of its founding members graduated years ago, it has survived 10 years.

"PANASA is the thing that I'm most proud of, of my time here, that I could be a small part of something that's grown into something so meaningful," Reid said.