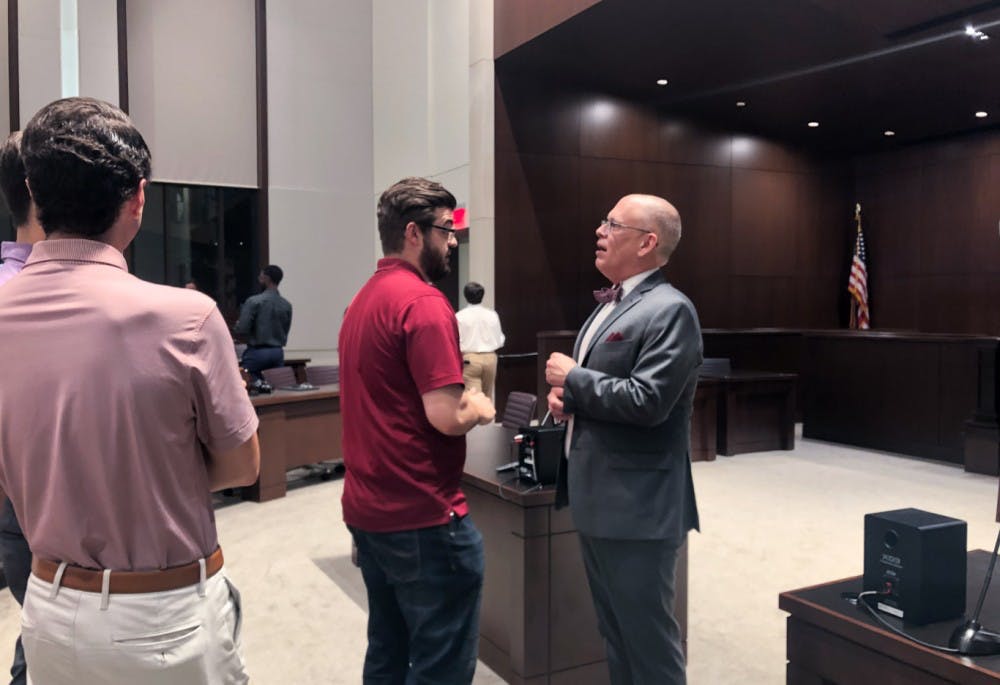 The plaintiff from Obergefell v. Hodges, which came before the Supreme Court and resulted in the landmark decision to legalize gay marriage nationwide in 2015, shared his love story at USC’s law school on Monday evening.

Charles Frazier, assistant director for cultural programs in the Office of Multicultural Student Affairs, coordinated the “Love Wins” event as a part of the Identity 365 Initiative. Kick-started last year, the program strives to celebrate culture year-round rather than just during the respective heritage months.

To begin his nearly 50-minute speech, Jim Obergefell carefully laid out the history behind his decision to fight for the right to marry the love of his life, John Arthur, who was dying from Amyotrophic lateral sclerosis (ALS).

“The reason we did this," Obergefell said. "[Was because] it would mean that the federal government had to recognize us, had to say ‘John and Jim, you exist. We see you. The law sees you as a married couple.’ That was what we always wanted."

Obergefell said after hearing the court's decision he experienced an unexpected realization because "For the first time in my life as an out gay man, I felt like an equal American.”

Second-year law student Kat Yoffie attended “Love Wins” because she said she hopes to advocate for everyone.

“I came out today because I think it’s really important that, as a law student, you learn how to fight for the rights of those outside of the majority,” Yoffie said. “Listening to peoples’ stories and learning more about what their lives are like is an important way to advance that cause.”

Other than attending multicultural events, Obergefell says the best way to advocate for minority groups is to vote for who best represents your interests.

“Be an informed voter,” Obergefell said. "If you’re part of a minority group that’s being targeted, being discriminated against, you have to speak up on behalf of, and fight for, every other minority group. It’s only by doing that that we can create the nation that lives up to ‘We the People’ and equal justice under law.”

Obergefell said that being an ally is another way to actively support minority groups.

“The most powerful thing you can do is to speak up. When you’re around a coworker, a friend, a neighbor, somebody who says something that you know is wrong, you know is racist, you know is homophobic, whatever. Don’t let it slide by. Speak up. 'Cause silence means you’re agreeing with them,” Obergefell said.