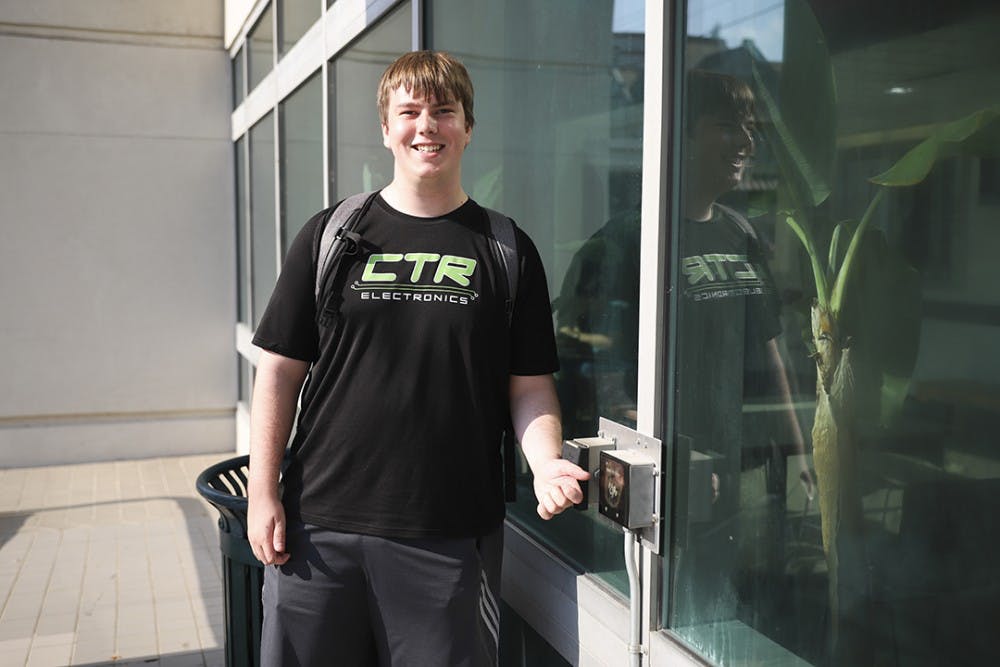 A USC student bought two microchips online and inserted them both in his hand, one coded with both his CarolinaCard and contact information and the other with passwords.

First-year computer science student Evan Bryer got the idea to program his CarolinaCard onto a microchip when he came across Dangerous Things, a website that sells microchip implants. After doing research to guarantee what he planned to do was safe, he bought the chips, which were inexpensive, according to Bryer.

As for why he wanted to have a mini CarolinaCard in his hand, he said he just thought it would be cool.

“I feel like I am fairly tech-savvy,” Bryer said.

Bryer spends his free time mentoring local high school students on the science of programming and robotics, a club he said taught him most of his technical knowledge.

Third-year electrical engineering student Noah Mansfield was in awe the first time he saw the microchips.

“I didn't expect him to go through with both of them," Mansfield said. "And seeing him actually take his phone and hold it up and see the little light blink in his hand was really interesting. "

Inserting the microchip was similar to getting a flu shot, just “a little more intense,” Bryer said. Done with the right safety precautions, it was completely safe, with the only fear being an infection.

“It’s actually very easy. Because it was the first time, I wanted to be very cautious of the possibility of infection, so I went to Publix and bought some isopropyl alcohol," Bryer said. "So I wiped down both hands with the isopropyl. The company, when you buy them, sends out antiseptic wipes as well for you to use and an antiseptic drape to put down on whatever surface so I just did it at my desk ... with a pre-sterilized syringe."

Since having the microchips in his hands, Bryer said he hasn’t experienced any negative side effects. However, Mansfield is unsure how long these chips will last.

"I don't know how effective they're gonna be, and I'm not sure that they're going to last for very long. He says that they will, but I'm not too sure," Mansfield said.

But Bryer isn’t worried much about that, as suggested by his fellow mentor and third-year electrical engineering student Zachary Wells. According to Wells, removing the implants would only take “a little bit of [disinfectant] and an X-Acto knife."

“It’s kind of weird — I don’t know why people would do that when we literally have our phones to just do the same thing," said Edith Gonzalez-Mora, first-year mechanical engineering student. "I’m not for or against it; it’s just kind of weird."

First-year computer engineering student Alexis Anderson said she was perplexed when she first heard that Bryer inserted a microchip into his hand all by himself.

“It’s a cool type of thing to do. I wouldn’t do it myself," Anderson said.

According to Bryer, microchips probably won’t go mainstream in the near future due to misconceptions and safety concerns people have about them.

“I think they’re cool," Wells said. "The primary [fear] is security-related; however, the encryption on those is getting better and better all the time.”