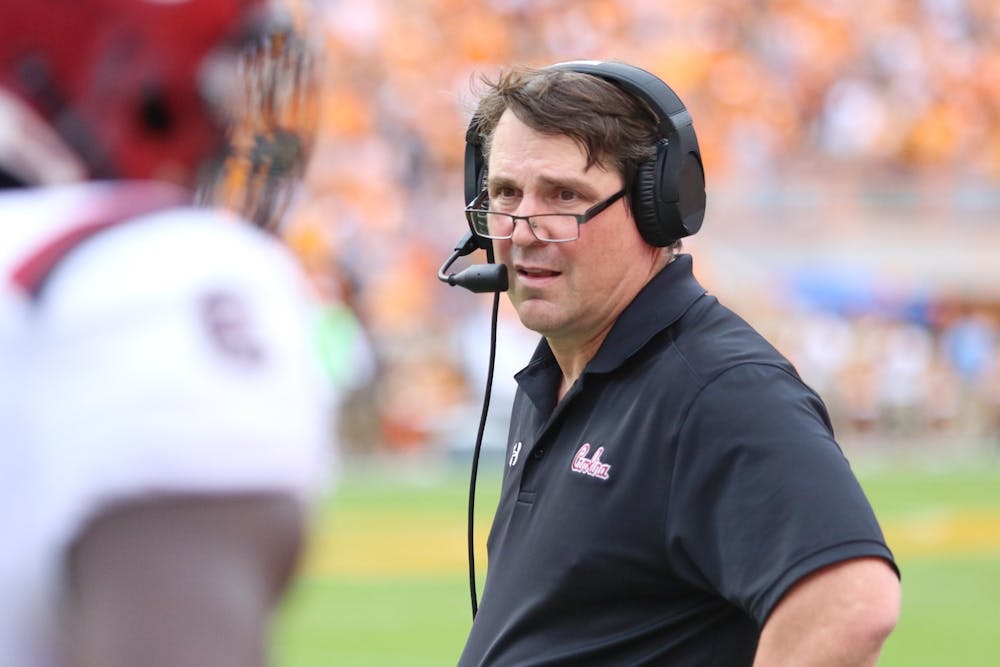 The University of South Carolina and football always have and always will be synonymous with electric game days and supportive fans. However, after a 38-3 loss to Clemson, it doesn't feel like that right now.

In Saturday’s 38-3 loss to the Tigers, it was the sixth straight loss to Clemson in — and stop me if you’ve heard this before — a putrid offensive performance. It ended the season with a 4-8 record, the worst football record since the 2015 season, when the Gamecocks posted a 3-9 record.

The Gamecocks did have a goal-line stop on Clemson’s first drive. However, South Carolina soon threw an interception, which set up a Clemson score, and they never looked back. For the sixth year in a row, the Tigers beat the Gamecocks in an uncompetitive game.

The Gamecocks were never really in the game, and to make matters worse, there were almost as much orange as there was garnet in the upper deck in the east stands of Williams-Brice Stadium. Regardless of the record, that's unacceptable.

That begs the question: Now what?

At some point, something has to change. Muschamp claimed this was his best team yet before the season. But his "best team" posted a 4-8 record and completely missed a bowl game, which should be a minimum expectation for the Gamecocks.

His best team did beat No. 3 Georgia on the road, but they followed that performance with losses to Florida and Tennessee. Also, his best team lost a de facto home game against North Carolina after leading 20-9 to start the year.

That surely doesn’t sound like progress to me, something which has been a point of emphasis.

McClendon is expected to remain on staff in a role not yet confirmed. In addition, quarterbacks coach Dan Werner was fired on Sunday.

The Gamecocks have not scored more than 27 points against FBS teams this year, relying upon an extremely predictable playbook. They have also averaged 22.4 points per game in 2019.

It might be easy to blame the players on the field, but I ask you to find a time that players like Ryan Hilinski or Bryan Edwards didn't put it all on the line for their university.

Athletics director Ray Tanner could fire Muschamp, but with a buyout of over $19 million, it would be an expensive firing, and the program would be hitting the reset button again. But at some point, it's worth asking when is mediocrity no longer going to be accepted. With a 26-25 record, Muschamp has been nothing but mediocre since 2016.

Fans will have different opinions on who is and is not worthy of a job. And right now, there is no right or wrong answer.

But regardless, students, fans and alumni, who invest a lot of time and money into supporting their team, deserve to see changes. South Carolina fans are some of the most loyal in the country, even in toughest of times.

South Carolina has all the resources to succeed in football, and it's time to show it on the field. No one likes to see anyone lose a job, but the future of South Carolina football is in limbo.

There is no excuse for that. The program finally has the necessary facilities, thanks to the new Long Family Football Operations Center. Add that with a passionate fan base and being in a prime recruiting area, the pieces are in place.

But at this point, actions are louder than words.

Editor's note: This column has been updated following South Carolina's game against Clemson.