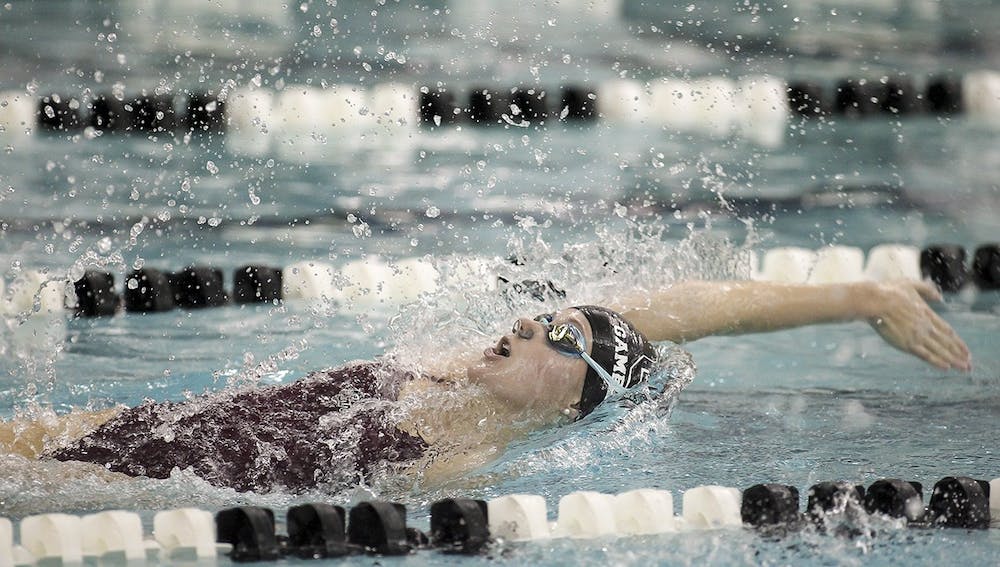 Initially, her parents pushed her do swim lessons to get comfortable with the water. Her father was also a swimmer and advocated for Cornell to take lessons.

Later, Cornell found out her brother planned to join a summer-league swim team, and she really liked their swimsuits despite not wanting to join the team. Her mom told her she could have the suit only if she joined the team.

Just like any student, Cornell had to make adjustments to college, especially with home being nine hours away.

“This was my new life,” Cornell said. “My family is a phone call away. I can’t walk into their room and go talk to them.”

Hailing from West Chester, Pennsylvania, one would think Cornell would not be familiar with South Carolina prior to being interested in the school. However, that was not the case, as her older brother attended USC first. Cornell also has family in South Carolina, and growing up, her family would visit the beach.

When Cornell began pondering where she wanted to attend college, her parents, Kevin and Stephanie Cornell, talked to her about attending the same school as her brother, Matt Cornell.

“While both my wife and I really liked the University of South Carolina, we wanted to be sure that our kids felt like it was home and that they belonged there,” Kevin Cornell said in an email interview.

On her recruiting trip, Cornell told her brother at a football game she would be attending South Carolina.

“I guess it stood out to me at first because my brother came here,” Cornell said. “When I got here, I knew right away. With the team, with academics, it was the best fit for me for sure.”

Although her home was far away, Cornell still had Matt at South Carolina to look after her.

“We had dinner every Sunday together. He would cook for me," Cornell said. "And that was a good piece of home.”

What Cornell said she loves most about the sport of swimming is the fluidity and the opportunities it presents to improve and overcome personal challenges.

“If you have a rough patch, which I have had a few rough patches, the grass is greener on the other side,” Cornell said. “No matter how hard that rough patch is, it will get better, and there’s always more opportunities to get better. I like that there are so many little things in swimming you can work on to make a bigger difference in your swims.”

But the thing that means the most to Cornell is the support her family gives her. They travel to Columbia as much as possible to support Cornell, and she always looks forward to that special hug from her parents afterwards.

“Emily’s dedication in and out of the pool amazes me,” Kevin Cornell said. “The amount of time it takes to be a student-athlete at a division 1 school is substantial.”

No matter the outcomes of Cornell’s swim meets or how busy she is as a student-athlete, her family’s love for her remains constant.

“The best for me is to see Emily finish a race and look to the stands with a great, big smile,” Kevin Cornell said. “It just melts my heart.”