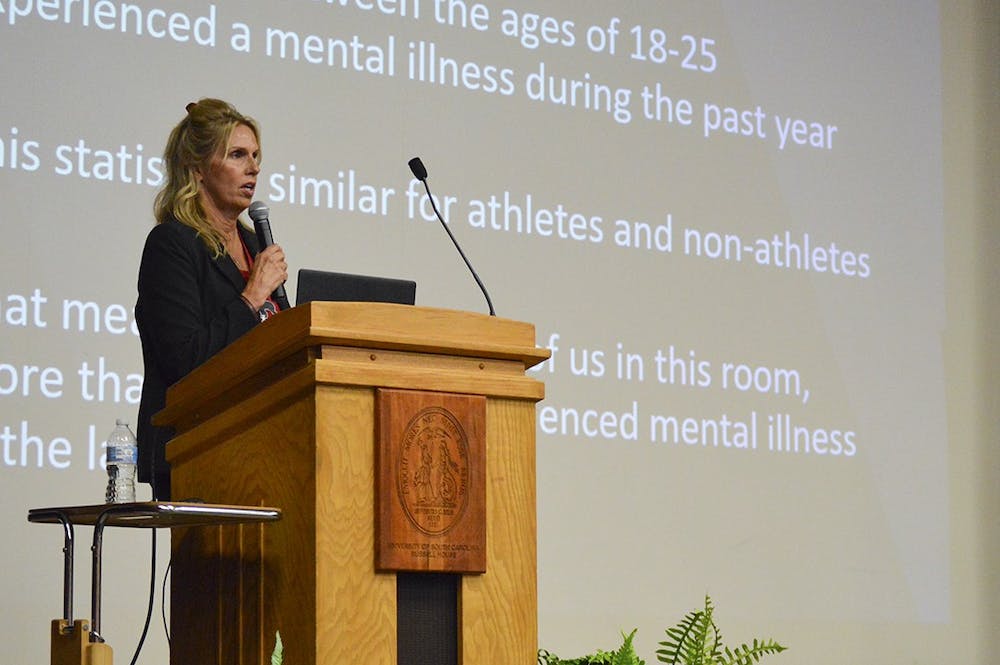 Student organizations learned how to manage different mental health scenarios in a workshop hosted by Student Government in partnership with the Hilinski's Hope foundation on Sunday.

Hilinski's Hope was founded by the family of freshman quarterback Ryan Hilinski to bring awareness to mental health after the death by suicide of his brother Tyler who was quarterback at Washington State University.

Student body vice president Sophie Davish coordinated the event and has been planning it for most of her term.

“It seemed like this program had the chance to really make a true impact on this university,
Davish said.

Doug Everhart, the director of the Center for Student Wellness and Health Promotion at the University of Irvine in California, led most of the workshop and worked with students on how to effectively deal with different mental illness scenarios, such as a student athlete not coming to practice anymore.

Gracie Bryan, a first-year mass communications student, said she really enjoyed the event, and thought it was very helpful.

“I think the biggest thing I’ve learned out of this event, was just the different ways you can approach it," Bryan said. "So it doesn’t always have to be a direct, ‘Hey, what’s going on?’ conversation, it can be just distracting somebody to like just get them to do something fun, like they enjoy, to get them out of that same headspace.”

The biggest thing Everhart said he wants students to take from this event is to know there is someone they can talk to, they just need to summon the courage to do speak up.

“Have the confidence just recognize that everybody is struggling on the mental health to mental illness spectrum at some level.”

He also pressed the point that society should not misuse the terms “anxiety” and “depression.”

To close the workshop, Mark and Kym Hilinski spoke on stage about their son’s death and their mission with Hilinski’s Hope. The couple spoke tearfully about Tyler, his life and their questions surrounding his death.