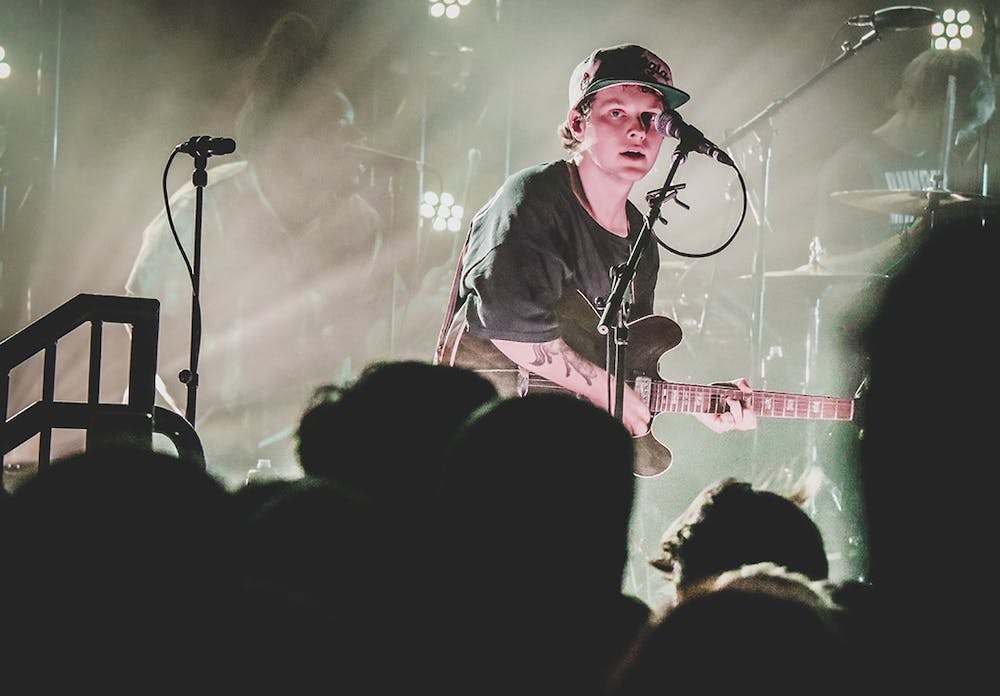 Hippo Campus came to South Carolina for the first time on Friday at the Senate for the band's "Bambi" tour.

The alternative rock band from Minnesota has been rising in popularity since the band released its first EP in 2014. Since then, the band has released two full length albums and now they are touring to promote their latest, "Bambi."

The band consists of a standard four piece: Jake Luppen on lead vocals and guitar, Nathan Stocker on lead guitar and vocals, Zach Sutton on bass and keyboard and Whistler Isaiah Allen on drums and vocals.

Grace Fuller, a fourth-year exchange student from Australia, was one of those fans. It was also the first concert she's been to in the U.S.

“I know that Hippo Campus has come to Australia before, but didn’t see them there,” Fuller said. “Why not go to a concert in Columbia?”

The band kept energy high throughout the show, through rock-heavy and laid-back songs alike.

Hippo Campus' set-list for the night was focused on songs from "Bambi," but it did include many fan-favorites from previous releases such as "Way it Goes," "Buttercup" and "Baseball."

David Garzarella, a third-year exchange student also from Australia, said he was impressed by the production of the show. He mentioned the lighting details and a point in the show where bubbles  blasted from the ceiling.

At one point the lead singer, Addie Sartino, left the stage and walked through the crowd while performing a very personal song. Once she returned the to the stage she left the mic and started yelling only to finish the song by laying down on the stage.

After the large crowd and thunderous support Hippo Campus received, guitarist Stocker said to the audience Hippo Campus would have to return to Columbia for its next tour.