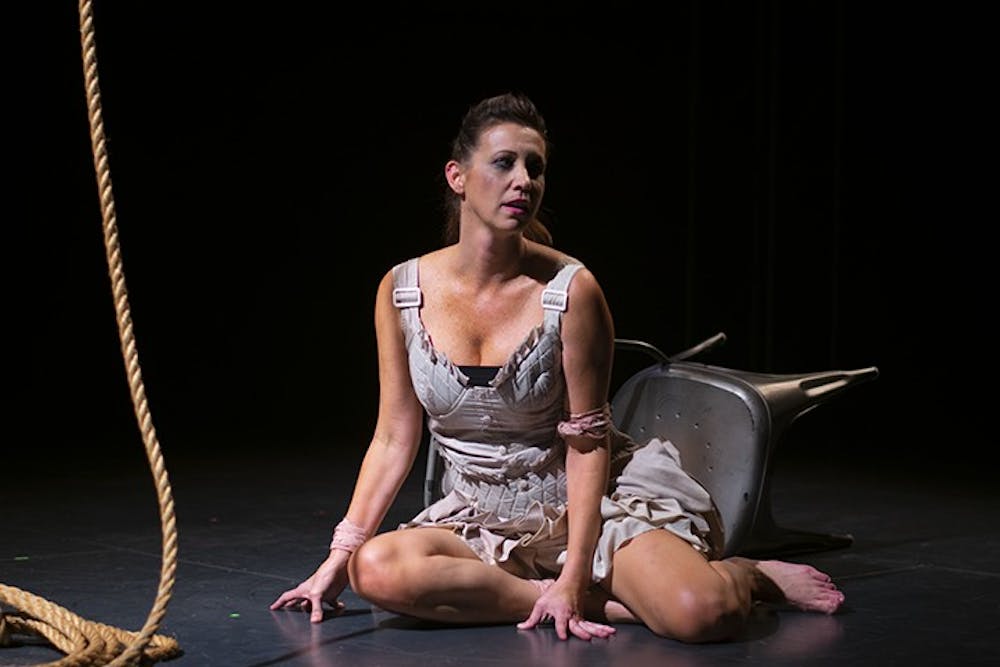 Second-year Master of Fine Arts acting candidates will showcase a diverse selection of six individual solo plays written, directed and brought to life by each of the students from Nov. 15 to 17.

The students are instructed to independently use their learned skills to create a show and portray each of the characters involved. All of the individual shows are part of one collection, titled “Plans for Freedom: Do Not Fold.”

The process began with free writing. The students were given prompts, and they wrote until they were satisfied with an idea to start from.

Tim Giles wrote the contribution play “The Man and the Demon.” Written in fable form, Giles said the story is about a man who finds adventure in "seeking freedom from a demon to which he is enslaved." Acting as all the characters — a narrator, the man, two friends, the demon, a giant snake and a witch — Giles is able to bring his fairy tale to life on stage.

Similarly, Jennifer Sanchez’s story involves an old storytelling style of writing. She said her play is inspired by the Greek myth "Prometheus." In “Fourteen Minutes in Purgatory,” Promethea is a female version of the traditional myth. In light of the #MeToo Movement, instead of the crime being the gift of fire to humans, her crime is "giving wisdom to another generation of women" in a world of privileged men, Sanchez said.

Sanchez portrays Promethea, her daughter, mother, dance teacher, grandmother, great aunt, “annoying” male cousin and five ex-boyfriends. All of the characters are based on people Sanchez has come across in her personal life.

At the end of every Greek fable, there’s a moral or lesson. She said what she wants her daughter to learn within the play is what she wants the audience to learn as they watch.

Gabe Reitemeier’s contribution play, “Five Dollar Ticket,” is different than the other works because it’s presented in a TED Talk style.

“People go to theater to escape and forget about their own lives," Reitemeier said. "When I have the best time, it's when the thing that I see makes me consider things in my own life in a different way."

Reitemeier said he hopes to teach his audience to live their life as fully as possible.

According to the actors, creating and presenting their own original works is a beneficial and nerve wracking experience.

"You’re putting your heart out there on the stage, so it's subject to scrutiny," Sanchez said. "That's a positive and a negative."

For artists who are trained primarily as actors, Giles said they aren’t often treated as creators, but as interpreters of work that has already been created.

“In cities of this size, you don’t often get to see original theatrical work,” Giles said. "The opportunity to see something that is created by the people acting in it, I think, is often a really unique experience."

"Plans for Freedom: Do Not Fold" will be performed Nov. 15 to 17 at the Center for Performance Experiment. Admission is $5, and tickets will only be sold at the door.