How NCAA rule could affect endorsements 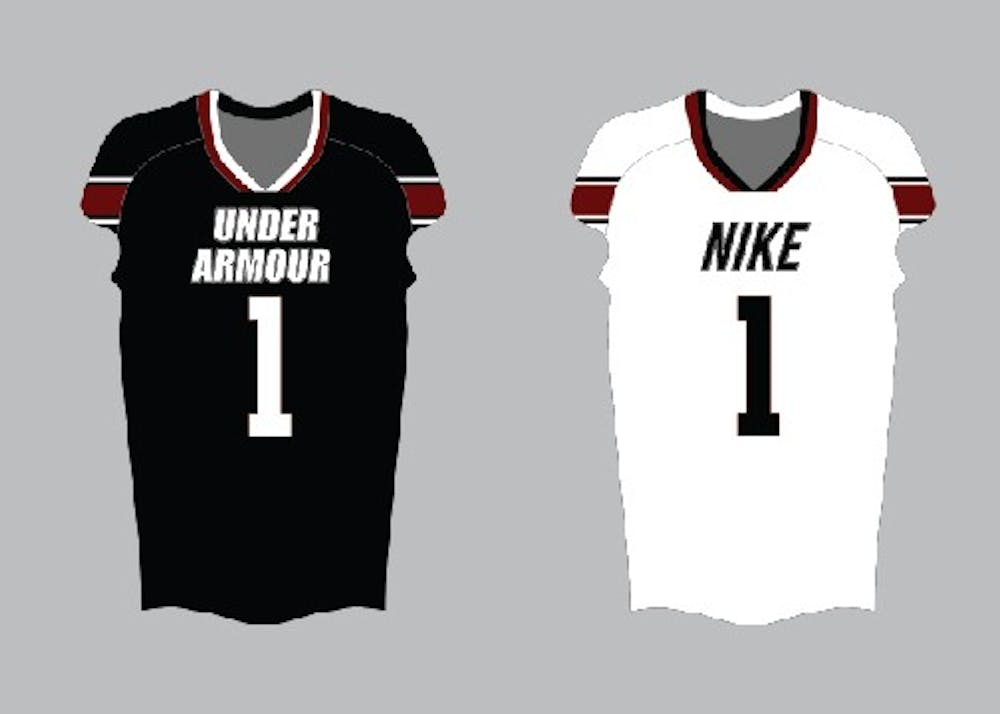 The NCAA’s latest rule allows athletes to profit off of their name, image and likeness, which has left several fans, players and coaches curious about how the process will work with possible endorsements.

After the NCAA’s governing board voted unanimously on Oct. 29, the NCAA set Jan. 2021 as the deadline for each of its three divisions to make their own specific rules regarding the issue.  Until then, nobody knows the extent to which NCAA athletes will be allowed to profit from their name, image and likeness.

The University of South Carolina agreed to a 10-year contract with Under Armour in Feb. 2016 worth $71.5 million. "It is the second most valuable contract in the SEC and the seventh most valuable in the nation," according to an article in The State.

For the time being, this new rule is a major change for college sports overall because the NCAA previously did not allow athletes to earn profit in any capacity. In the ruling, the NCAA also said college athletes must not be treated like employees of their respective universities and a distinction between college and professional opportunities must exist.

According to University of South Carolina sports management professors Mark Nagel and Richard Southall, the questions being asked on this issue will not be answered until the divisions form their own rules, as stated earlier.

Since Nike is known for its endorsements, many fans may ask if Nike schools have a recruiting advantage compared to schools sponsored by Under Armour or another apparel company.

Nagel said this is not the case, because the new rule could allow players to receive sponsorship money rather than the schools.

In basketball, for example, the top athletes are identified early on before they are recruited and attend shoe apparel camps with their Amateur Athletic Union teams.

Nagel said the new rule could help with the competitive balance of the sport due to the top players solely attending the top programs.

Southall said the rule will just be another factor to recruiting. It will add to other factors such as the town or city the schools are in, the fan support and how successfully the program produces professional athletes.

“Recruiting is about sales,” Southall said. “Recruiting is about convincing that it’s in the best interest of athlete to go to X university over Y university, so the ability to get endorsements, if that’s something down the road, not every athlete is going to have that same marketability.”

Nagel said this question will have to sort itself out based on what the three divisions decide to do by Jan. 2021.

“If you look at the NFL, the NBA and other professional sports leagues, they have conflicting sponsorships in some cases,” Nagel said.

According to Nagel, it will boil down to what the athletes and schools end up controlling.

A major topic tied to athletes’ names, images and likenesses is players’ last names on the back of jerseys sold in bookstores, apparel shops and online sports fanatic stores. According to Nagel, this is a grey area but also a possibility.

In some professional leagues, athletes have different brands on each parts of their uniform.

On the other hand, Southall said the switching of brands will most likely not be possible, pending the three divisions’ decisions.

Athletic departments have contracts to control what an athlete might negotiate, according to Southall. But he also proposed a long-term solution to this: players’ associations.

“If the athletes actually want to have some power in this, players need to form players’ associations, either on the conference level on the national level and negotiate their own marketing or endorsement deal,” Southall said. “But I don’t think it’s going to happen necessarily right away.”