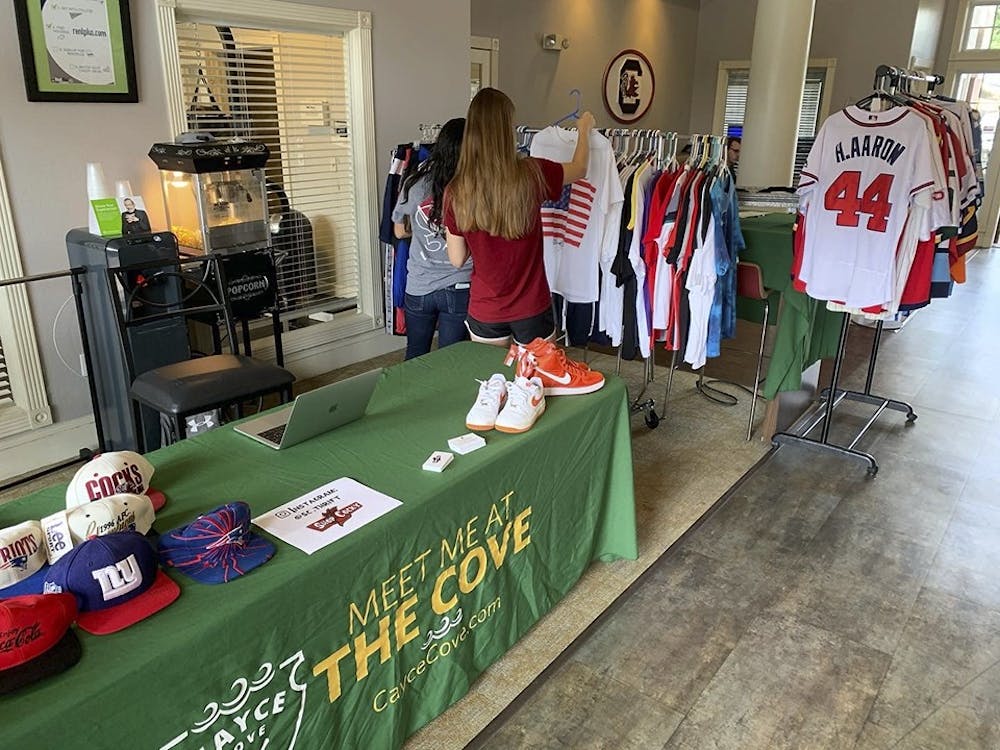 Zach Justice got the idea for an online thrift store when he had a business-speech class project sophomore year that required him to have a "side-hustle."

As a result of this, the now third-year advertising student created Shop Cocky Thrift for people to buy clothes at affordable prices.

“While I was doing the assignment, I realized that it was actually possible, so I just started it a little bit just to see what would happen, and just ran it through Instagram,” Justice said. “Then I realized it could actually work and so then, I’ve been doing it for the past year now.”

As he was preparing to go into business, Justice said he still had doubts, but his roommate encouraged him to pursue his business.

Justice said he never expected the business to become as big and successful as it is, but he's aware of how much he has grown it. Now, his business has more than 1,500 Instagram followers and pop-up events in popular spots around Columbia.

One challenge he said he has to face while running a business is managing inventory.

Justice travels to different locations to do pop-ups for students to shop, but he uses Instagram to run his business online. Justice said his plan to put his business into action was a "learning process," especially using social media.

One thing that surprised him was how popular thrifting already was.

“There’s a lot of people that are into it and there's a lot of market for it," Justice said. "I didn‘t realize that going into it."

The young entrepreneur sells a variety of items including jackets, jerseys, hats and sporting equipment, but the items for sale aren’t just everyday items.

“Now, I mainly sell vintage apparel, which is basically anything from the '80s, '90s, that’s what I mainly sell, but anything prior to that as well,” Justice said.

Prices range from $10 to $30, with exceptions for special items. Justice currently has an original Rolling Stones 1989 North American Tour shirt on sale for $180.

Justice said his items are unique and can't be found anywhere else because they are "hand-selected."

Recent sport and entertainment management graduate TJ Stallone said the vintage apparel was one of the main reasons why he likes to shop with SC Thrift.

“I bought two retro Masters polos, I got a retro Mario Andretti racing hat and I also picked up a '80s JanSport that fit into a fanny pack," Stallone said.

Justice’s next pop-up shop for SC Thrift will be Nov. 23 at Stadium Suites from noon to 4 p.m. Justice said there will be even more pop-ups throughout next semester. His clothes can also be purchased on his Instagram @sc.thrift.