With Will Muschamp's future hanging in uncertainty, so is the future of the Gamecocks program. And, with Dabo Swinney locked into Clemson, the two programs' futures could not be more different 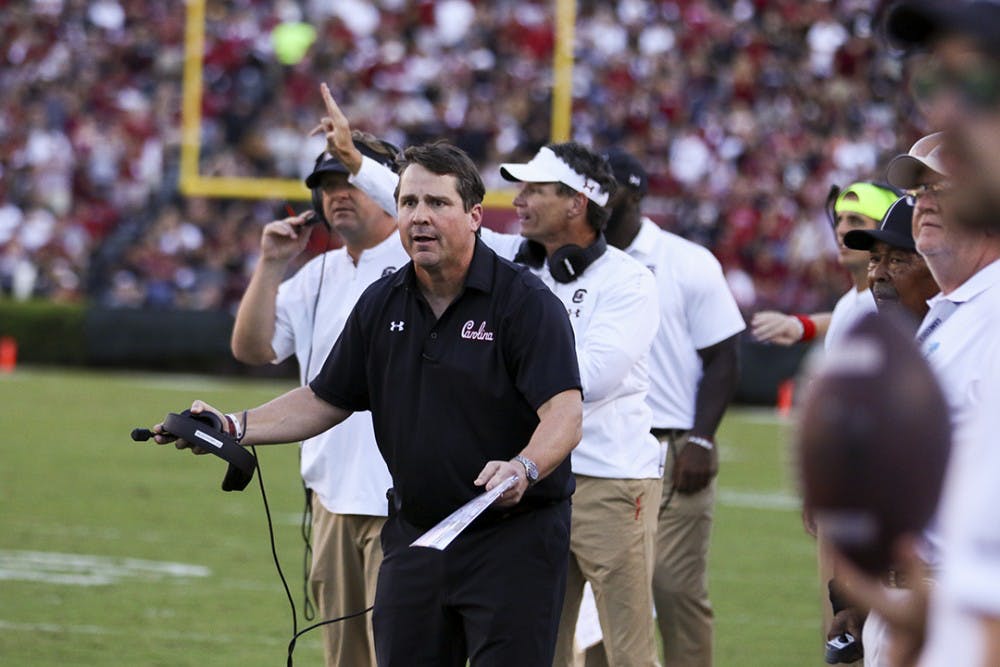 The divergence in quality of South Carolina and Clemson football programs has become the harsh reality as the Palmetto Bowl approaches.

While Clemson head coach Dabo Swinney has enjoyed a winning streak, the football season for the Gamecocks has been a disappointment under head coach Will Muschamp.

With the team sitting at 4-7 and one game left on the schedule, South Carolina will not play a bowl game for the first time since 2015. When a team underperforms, it's easy to point the finger at the guy in charge.

Criticism of Muschamp and the questions surrounding his future came to the forefront this week with news that athletics director Ray Tanner asked Florida State about its buyout of head coach Willie Taggart. Muschamp has a buyout clause in his contract that would cost the university $19.4 million, or $18.8 million if it did so after Dec. 31.

The news of Tanner's inquiry came from University of South Carolina President Robert Caslen. When asked if he himself had talked to Florida State officials, he deflected the question towards Tanner.

"No, but our athletic director (Ray Tanner) has," Caslen told the Florence Morning News. "And they've got a whole lot more money in their athletic endowment than we do."

The night of the interview, Caslen then told the press Tanner did no such thing.

“Let me set the record straight: Athletics Director Ray Tanner did not speak with anyone at Florida State University about coaching contracts."

Clearly, there is a level of confusion on whether this inquiry occurred. However, the fact that these statements had to be made — especially just days after both Tanner and Caslen voiced support for Muschamp —  definitely opened some eyes among the South Carolina fan base.

Caslen released a statement Wednesday about the interview with the Florence Morning News saying: "Our Athletic Director and I will support Will Muschamp, and we look forward to him being our coach next year and for seasons to come."

While Muschamp can be criticized for the product on the field, what should be applauded is his handling of the media mess that is this situation. Muschamp has, so far, kept quiet, allowing him to focus on his upcoming opponent, the Clemson Tigers.

In 2008, the Clemson football program decided to make a relatively unknown Dabo Swinney their head coach after moving on from the long-tenured Tommy Bowden. This move was surprising to many — ESPN even gave the hire a D+ grade.

Swinney is clearly the man for Clemson, and they made sure of that by signing him to a 10-year, $93 million contract following Clemson's national championship. The team is on pace for another playoff appearance and should have no doubts in the man they hired to lead their team for the foreseeable future.

The two coaching situations on opposing sides of the rivalry is symbolic of where these two programs currently stand.

Clemson has established themselves as a powerhouse under Swinney, with no slowing down in sight.

South Carolina has no sense of establishment and no clear outline for the future. The program has been in a state of mediocrity since the upset win over then-No. 3 Georgia. The direction of the program is unclear.

Muschamp's future at South Carolina has no probable answer right now. He needs to do something improbable to clear that up — beat Clemson.