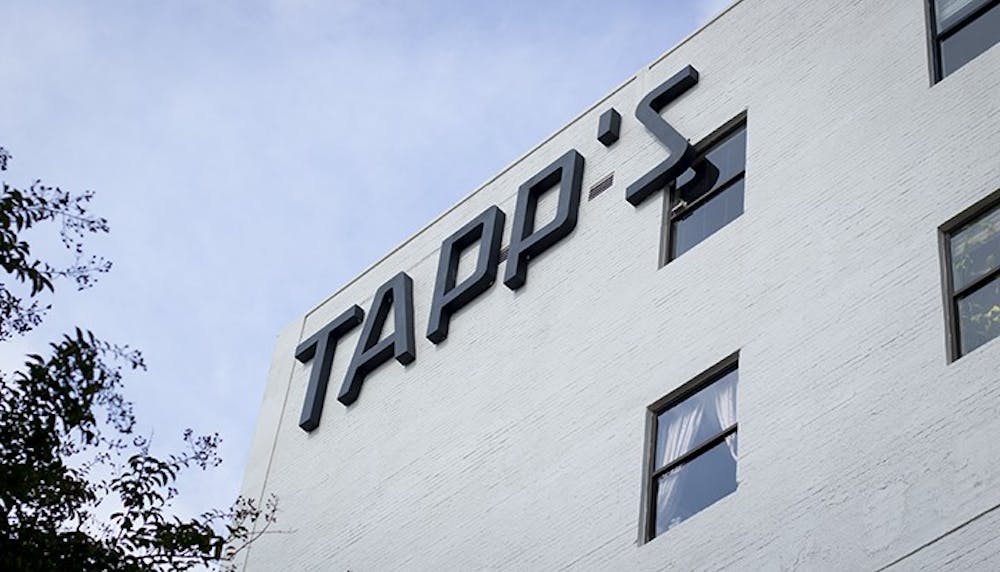 Tapp’s Art Center has considered Main Street its home for the past eight years, but after an abrupt decrease in funding, the Columbia arts and culture giant is being forced to relocate. Because of its influence on Columbia's arts and culture scene, other businesses could be impacted by its departure.

Executive director Caitlin Bright’s journey with Tapp’s began in 2014, when she and her team introduced one of the most influential art centers in the Columbia area. Since then, Tapp’s has been a focal point for artists in the heart of downtown, but the center has faced an uphill battle.

The art center's budget consists of two parts: the LLC and the 501c3. The LLC is where the lease was created, and the 501c3 is what donations and grants for programmatic support falls under. Bright said the 501c3 budget is “set to have operating income that's generated through earned income initiatives, studio rentals, beer and wine sales, ticket sales [and] arts sales" in order to "keep the doors open.”

Individual contributions were going well, but Tapp’s was not seeing as many private grants as they needed because they needed to demonstrate so many years of success before receiving larger contributions. As a consequence, the money that was supposed to pay the rent and staff was not coming in at the proper rate.

Bright said the landlords have been "super wonderful and super patient," but because the demand was so high for such a large space and the output was so massive, the budget exceeded its limits. About a month ago, she received notice that Tapp's would have to be out of the space by Nov. 30.

This is not the first time Columbia has seen artists priced out of their buildings. According to Lee Snelgrove, executive director of One Columbia for arts and history, a similar situation happened in the Vista in the late '80s. After warehouses and industrial spaces closed down, the Vista became a destination spot for artists, but expenses became too much.

Additionally, Tapp’s has not received any money for marketing. The lack of marketing meant there was not as much media exposure.

With issues coming from seemingly all ends of the spectrum, Bright and her team found that time was their worst enemy.

“We just started realizing that we couldn’t afford the space,” Bright said. “And we can’t get a leg up. We don’t understand why the city and the county don’t see us as more of an asset, but there’s probably good reasons. Time, again, just isn’t on our side.”

Bright, though burdened with the news on short notice, said she views the situation optimistically.

“You might not get the outcome that you want, but I think that you’ll learn from it and figure out where to go from there,” Bright said.

The Tapp’s employees were not the only ones affected by the sudden folding. Tapp’s was a creative space for artists of all types to showcase their work and come together as a community to support one another’s creations.

“A lot will be lost, I think, in terms of that valuable space,” Snelgrove said. “That was already a limited commodity in Columbia for arts and cultural space, and by not having the sheer size of Tapp’s available to artists and arts patrons, there’s a big loss and a big gap in the community.”

Bright said she was humbled by the response when Tapp’s announced its Main Street closing. Saddened by the news, dozens of artists and art enthusiasts alike took it upon themselves to find other venues in Columbia for Tapp’s to relocate to. The amount of help the community gave after having its creative outlet taken away shows how much impact the arts center had and how strong the community itself had become.

“I’m really sad, both professionally and personally, to be seeing it leave,” Amanda Windsor said. Windsor is the membership and marketing manager at the Nickelodeon Theatre, which is located just across the street from Tapp’s.

Fortunately, Bright and the rest of the Tapp’s staff were able to find a temporary home. Bright said the new location, which will be revealed on Nov. 7, is still relevant to the downtown area and still considered local to Columbia.

“The other neighborhood is growing in a way that we’re excited to be a part of,” Bright said of the new location.

Although Tapp’s has found its provisional happy ending, its departure will potentially deter the arts and culture side of Main Street. Windsor, knowing Tapp’s has found a new home, views the situation positively, but said she is unsure what that might mean for Main Street.

According to Snelgrove, though Tapp's is the only organization being displaced, the rest of the community will be impacted as well. Events such as First Thursday could face economical downfalls due to the loss of space, since the event itself revolves around arts and culture.

Windsor said the buildings once occupied by El Burrito and Hip Wa Zee on Main Street have remained empty since their closures. She is concerned that places similar to El Burrito, Hip Wa Zee and Tapp’s will stay vacant and does not want this to become a trend.

Windsor, however, said she is hopeful the arts and culture community will continue to thrive.

“Columbia is, I think, self-aware enough and small enough that we would never let a whole important part of town stay starved for the arts," Windsor said. "This community is really impressive with how productive such a small community can be, and the arts community is a huge example of that.”