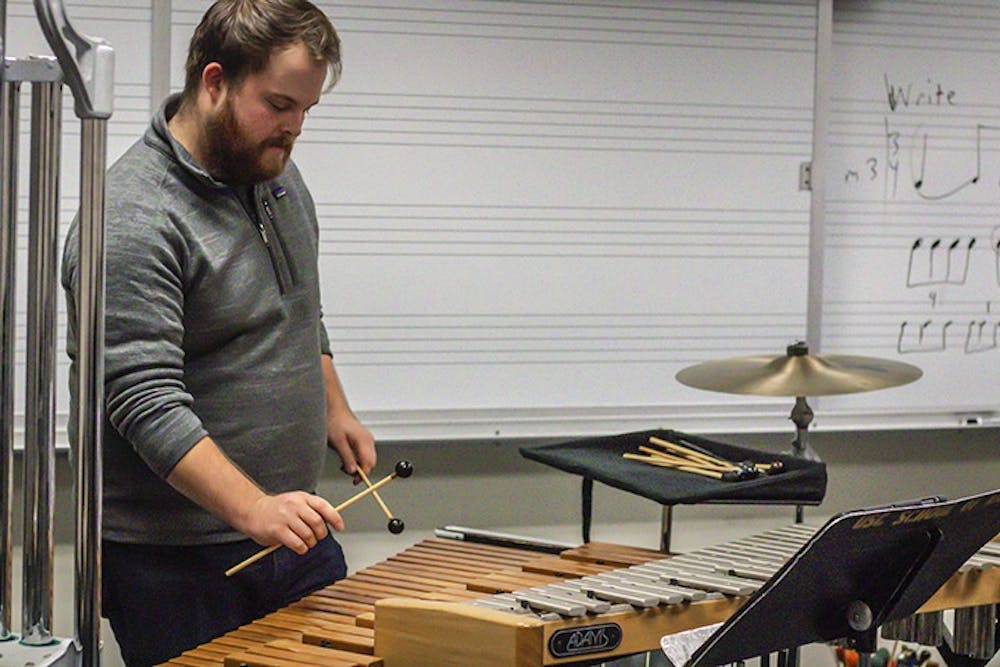 At the end of each semester, "New Voices" showcases compositions created by student composers. On Saturday at the School of Music, 11 different composers will showcase 12 compositions that are a culmination of their semester's work.

The concert itself is varied and not just in the style of the different pieces. The concert will feature pieces composed by undergraduate, masters and doctorate students.

In preparation for the concert, students had private lessons with composition professors, including David Garner, an assistant professor of composition and theory at the School of Music.

"I'm really excited for both of their pieces," said Garner about his two students this semester, Peter Underhill and Ian Jones.

Underhill, a second-year masters student, will be participating in "New Voices" for the third semester. His piece, "Three Pentiments," is a short piano miniature set, meaning each section is under five minutes.Garner describes Underhill's traditional piece as "really virtuosic."

In contrast, Jones, a third-year music composition student is playing a more experimental piece with an "old school Nintendo feel," as Garner described it.  His piece is for violin and solo electronics. This is his second semester creating a piece for "New Voices."

The compositions at "New Voices" are performed by students in the music school. Typically, it's up to the composer to find performers for their pieces and organize rehearsals.

When it comes to the music student's interpreting the compositions, Underhill believes there are two schools of thought. One is more traditional where the composer wants specific sounds and ideas to be presented, while the other is open-ended and leaves more up to interpretation for the musician.

"I actually spent a lot of time with my composition professor kind of worrying over the best ways to communicate these ideas in a specific, efficient, legible manner for the performer," Underhill said.

In contrast, Jones said his compositions should be up to the personal interpretation of the musician.

"I think I have a slightly different view on that sort of thing than most people do. When it comes to performance differences ... it's not bad if they don't play it exactly the way I wanted them to," Jones said.

However, both agree that hearing their music played by the performers for the first time is one of the most interesting and exciting parts of the process.

New Voices is an important part of the semester at the music school, especially for composition majors, as participation is a requirement for earning a bachelor's, master's or doctorate degree in composition.

"It's a really exciting and fun opportunity to hear a full concert of music written by students here at the University of South Carolina," Garner said.