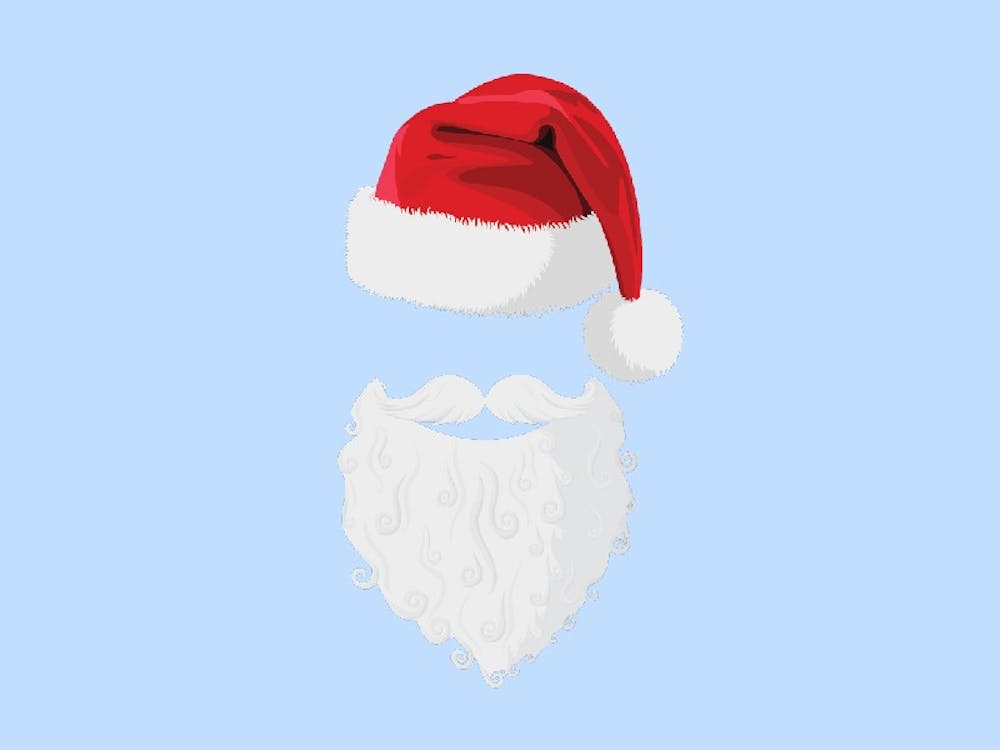 The men behind the beards: Santas tell all

By Kenna Coe, and Nick Sullivan

Santa Dale Parris and his wife, Trish “Mrs. Claus” Parris, never intended to become the Clauses. The two met in 1978 during their time as Marines and married two years later. Their first time dressing as Mr. and Mrs. Claus was in 1995 at breakfast with Santa for their daughter’s elementary school. According to Santa Dale, many Santas get their start this way.

“It’s almost addictive, because once you do it a couple times and you see how happy people are, you want to do more of it,” Mrs. Claus said. “It’s one of those few characters in life that always brings a smile to a face, no matter where you are. People are never mad at Santa.”

South Carolina houses two major Santa social groups, both of which Santa Dale is a part of: The International Brotherhood of Real Bearded Santas and Palmetto Santas. True to its name, IBRBS is open to strictly real bearded Santas and Mrs. Clauses from across the country, whereas Palmetto Santas accepts Clauses of all kinds, bearded or not, within the state of South Carolina.

Santa Dale keeps the list, and checks it twice, for Palmetto Santas, meaning he keeps track of group members and facilitates contact between them. He also serves as the IBRBS point of contact in South Carolina, despite only attending his first networking event in 2006.

“We drove out to Branson, Missouri, and walked in not knowing anyone, and it was like a big family reunion. You know, ‘Hi, Santa. How are you? Where you from?’” Santa Dale said. “It was a big family reunion, and everybody knew everybody, because you were either Santa or Mrs. Claus.”

Santa Claude O’Donovan, an 81-year-old member of IBRBS from Aiken, donned the red and white for the first time three years ago and has done photoshoots with over 5,000 children since.

“I never thought I would start a whole new career so late in my life. I'm having a lot of fun with it,” Santa Claude said.

One Santa, who wished to remain anonymous to maintain “the stewardship of the Santa image,” said he had a very different introduction to the role. Forty years ago this Christmas eve, Santa Patrick underwent an emergency surgery he said he was not supposed to survive.

He missed Christmas. When he was well enough to receive visitors a month later, he said his family "saved" the holiday for him by bringing a tree and presents to the hospital.

“I just told myself, if I get a chance to see another Christmas, I’m going to make the most of it,” Santa Patrick said. “Four years later, I put on the suit for the first time, and it’s been a strong focus for me ever since then.”

For many Santas, these heartwarming holiday experiences lie at the center of what they do.

Santa Dale and Mrs. Claus have worked an event at a Virginia shopping mall for years, and every year they see a girl in her 20s, nonverbal and wheelchair bound, waiting first in line.

“As soon as she sees him, her whole face just lights up like a candle. And every year we go, we really hope and pray that she’s gonna be the first person we see,” Mrs. Claus said. “She’s just always so excited. She can’t say a word, but her face does it all.”

The role of Santa, though, is much more than cookies and photo ops. According to Santa Claude, it’s a common misconception that they buy cheap costumes and fake beards when, in fact, their professional Santa costumes can cost upwards of $2,000.

Santa Patrick said he spends hours grooming his beard, and his costumes are handmade rather than off the rack. Much like any other job, Mrs. Claus said, being Santa takes time and practice.

The role of Santa isn’t always holly jolly, either. Santa Claude said some children are terrified of Santa, though the ones that cry always provide a funny photo opportunity. The stereotype of beard pulling is also a very real concern for some Santas.

“If the beard's real, they won’t pull it. If you got a fake beard, they’ll pull it,” Santa Claude said.

Santas also have to be prepared to respond to any unexpected comments a child might say to them. According to Santa Dale, children will tell Santa things they won’t tell their parents. They’ve asked him for guns and grenades, to bring back deceased loved ones and to keep parents out of their beds. He said social groups such as IBRBS allow Santas to swap stories so others can formulate responses should similar situations arise.

It’s in serious moments, though, that some Santas have the greatest impact. Santa Dale and Mrs. Claus also visit older believers with dementia or Alzheimer’s. Though they might "forget everything else," Mrs. Claus said, they all recognize Santa when he comes to visit.

Santa Patrick is trained for hospice care and has visited an elderly patient with depression for the last few years. He also gets calls from parents wanting to make their terminally ill child's last Christmas special. For those who work as Santa at a "more serious level," he said, these are the moments that they do it for.

"It’s not always the limelight and that type of thing,” Santa Patrick said. “We have quiet Santa moments that we’re also very proud of.”