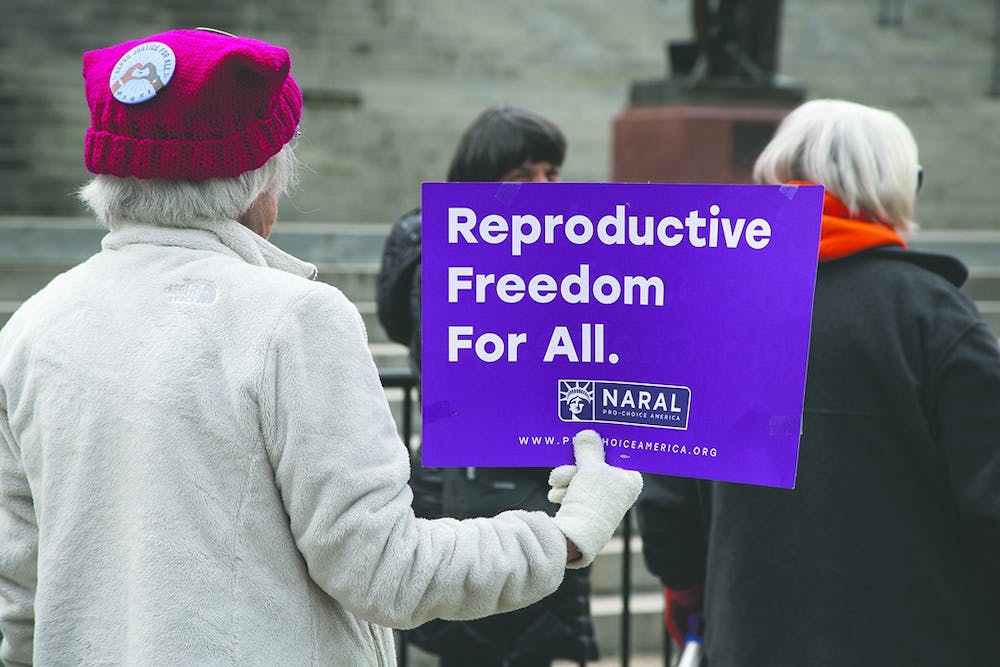 Nearly 250 people celebrated women's reproductive rights, the protection of immigrant families and conservationism on the South Carolina Statehouse steps at the Women's March on Jan. 18.

Columbia's march was organized by Casey Pollard, originally from Virginia. She said she took inspiration from the Women's March in Washington, D.C., where the first Women’s March was held in 2016 following President Donald Trump’s election.

“There wasn’t a Women’s March anywhere near here. I think there was maybe one in North Carolina, and so I said, 'Well, I guess I’ll do it,'” Pollard said.

Pollard said she owes a lot of gratitude to the Planned Parenthood South Atlantic group, which helped her organize the event. People of all ages participated in the march.

JoAnn Sheler, a participant in the Women’s March, said she came to the march to empower younger women to fight for their rights.

“It doesn’t really affect me, but I’m a voice for the young girls and other women,” Sheler said.

Sheler is originally from West Virginia, but she said she later moved to Orangeburg, South Carolina, and taught high school.

“We had no opportunities and it was always for male ... [My brother] went to college. [My parents] didn’t send me to college. I went later and paid my own way,” Sheler said. "My only option when I graduated from high school in 1959: get married."

The Women of South Carolina group sponsored the march, and other women’s groups came to support the event. Women for Warren volunteers attended, in addition to the South Carolina Women’s Rights and Empowerment Network (WREN).

WREN focuses on advancing workplace policies which allow mothers and families to maintain economic stability while caring for their personal health and the health of family members.

Courtney Thomas, WREN's director of communications, said the organization is working on legislation to support its cause.

“Another thing we’re working on right now is the Lactation Support Act. So, that is a bill that is currently being discussed by the legislature,” Thomas said. "This bill would require that employers provide break time and space for people to express breast milk at work."

In addition to caring for mothers in the workforce, Thomas said WREN is trying to pass legislation that would protect pregnant inmates while giving birth.

"There's no law that protects pregnant inmates from being shackled as they give birth, as they're in labor or postpartum," Thomas said.

According to the WREN website, WREN works to strengthen women’s economic opportunities, enhance access and quality of education and health services and expand access to sexual and reproductive health and rights. They also create an environment where women and girls are free from violence and promote leadership and civic participation by women and youth.

The Women’s March continues to organize throughout the country, rallying for issues including workers' rights and ending violence, according to the Women's March website. Though the weather wasn’t perfect, the spirits of women and their supporters were not dampened.

"It was nice to see less conservative views in a more conservative state," Pollard said. "It's good to see the constituents kind of voicing their opinion on something."