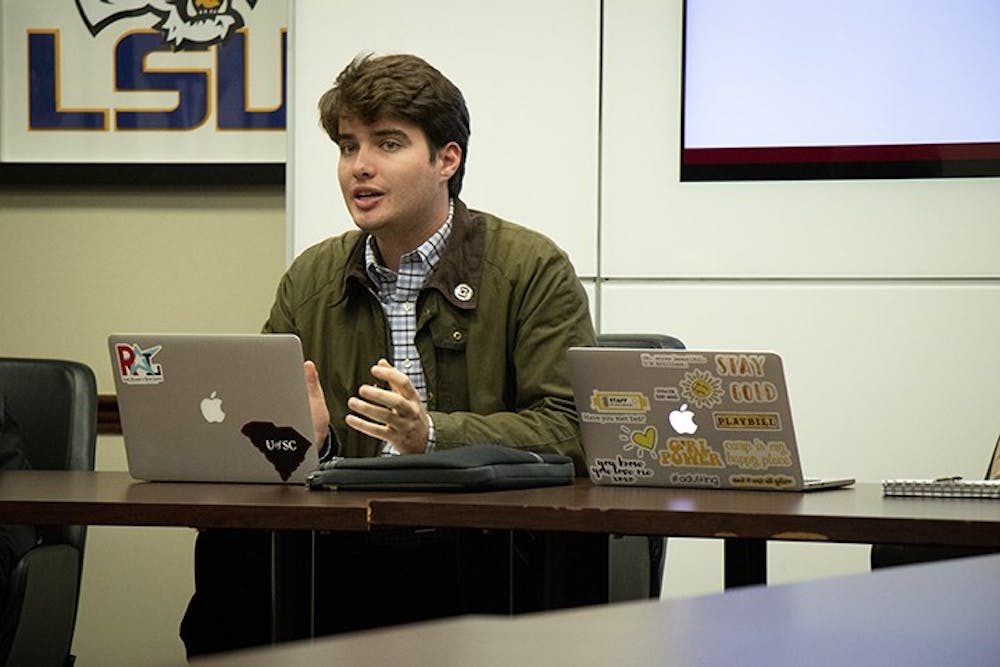 Student Government’s executive cabinet met Tuesday to discuss preparations for the upcoming Student Government elections, as well as progress made on the secretary’s individual initiatives.

Before discussions began, Student Body President Luke Rankin briefed his cabinet on last weekend’s board of trustees retreat, where the Association of Governing Board’s memo regarding undue government influence in President Caslen’s election was discussed.

Rankin said there were changes he hoped would come to fruition, including a governance committee for the board of trustees.

“That was kind of the overall thing, is just their dedication to shared governance and looking towards the creation of a governance committee that will kind of do a review of all board activities and board bylaws and the code of conduct,” Rankin said.

After three rejected nominations for the group’s leader, or commissioner, by the Senate, Rankin has been able to get a new commissioner in addition to seven assistant election commissioners,  the minimum number necessary according to Student Government’s codes.

“I used to struggle really bad with anxiety and depression, I had to take time off of school for it; I’ve used all of the resources here at Carolina," Anderson said. "I’m in Pi Phi, and I know a lot of people that have gone through it, I’ve had to help my little through it and things like that, and so, I’m very passionate about this position."