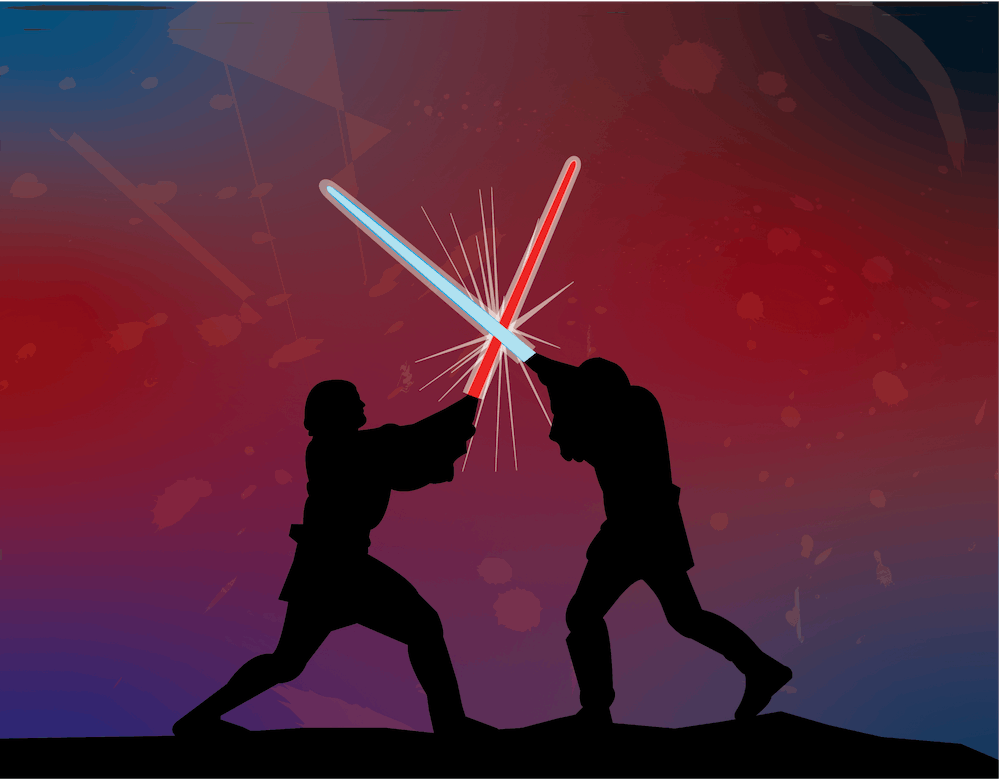 The generation that grew up watching the "Star Wars" prequels are blinded by nostalgia.

The prequels are poorly written with plots that make little sense, bad dialogue and ideas contradicting the original trilogy.

One of the biggest downfalls of the prequel trilogy was the complete creative control George Lucas was given. Though Lucas was the incredible visionary behind the original trilogy, he had a team to help him. He had other people direct "Empire Strikes Back" and "Return of the Jedi," and people helped write the stories and clean them up.

Possibly as a result of Lucas' complete control over creative decisions in the prequel trilogy, these movies do not make sense. This is best exemplified by the overarching plot of Anakin's turn to the dark side.

In "Attack of the Clones," Palpatine brings Anakin and Padme closer together by assigning Anakin as Padme's bodyguard. However, he tried to have her killed at the beginning of the movie and continues to do so throughout the movie's entirety.

If Padme had died, what leverage would Palpatine use to turn Anakin later?

Then, in "Revenge of the Sith," Anakin finds out Palpatine might be a Sith lord and reports him to the Jedi Council, only to betray the council and turn to the dark side 15 minutes later.

But that's only one example of many. For instance, how did Jar Jar Binks become a senator? After finding out Jango Fett was working for Count Dooku, why didn't Obi Wan realize the clones of Jango Fett were evil? What purpose does having Anakin be a child in "The Phantom Menace" serve?

Aside from these arguable plot holes, the dialogue is another apparent problem with the prequels.

At another point, Obi Wan says, "You've made a commitment to the Jedi Order. A commitment is not easily broken," and in "Revenge of the Sith," he says, "Only a Sith deals in absolutes." The former is clearly meant to say maintained instead of broken, as any commitment is easily broken, and the latter is, in itself, an absolute.

Additionally, the problem with the idea "only a Sith deals in absolutes" is it contradicts one of the most famous lines of the original trilogy. When Yoda says, "Do or do not, there is no try," that is an absolute.

Everything concerning Yoda in the prequels is completely ridiculous.

The originals portray him as an old wise man and a powerful force user. However, the prequels have him commanding armies, jumping and flipping in lightsaber duels and failing to make one smart decision throughout the three movies.

It should be noted the Yoda from the original trilogy is clearly too old to fight, as he was 900, but in the prequels he's more than capable despite being only 20 years or so younger. In a species that lives for that long, 20 years shouldn't make a significant difference in physique or ability. For reference, The Child, or baby Yoda, from "The Mandalorian" is 50 years old and looks like an infant.

There are notable parts, such as the final battle of "The Phantom Menace," the beginning and end of "Revenge of the Sith" and, of course, the John Williams score. However, the handful of positives can't make up for the overabundance of mediocrity in these films.