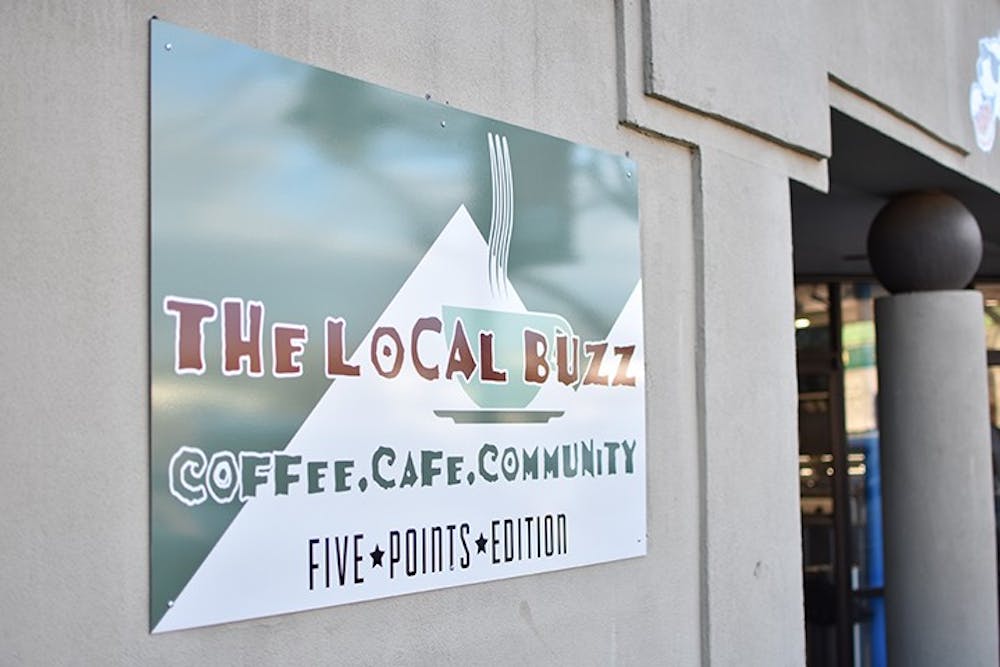 When Stephie Bridgers opened her coffee shop, The Local Buzz, she wanted it to be a community place that welcomed all people. “Welcome, all sizes, all colors, all ages, all cultures, all sexes, all beliefs, all religions, all types, all people, safe here,” reads a painting hanging in the store.

Bridgers, a USC alumna and Richland resident since 1983, first opened The Local Buzz in her Rosewood neighborhood four years ago. A little over two weeks ago, she reopened the store's new location in Five Points.

Before opening The Local Buzz, Bridgers said she worked for the nonprofit Family Connections South Carolina.

“I decided that I would make more of an impact on families if I built a cafe and provided what was lost from hospitality," Bridgers said.

The Local Buzz's atmosphere was inspired by Bridgers' three sons. One is gay, and two have been diagnosed with autism. She said they struggled to find positive places to learn, and she hoped The Local Buzz could serve as such a place for others.

The Local Buzz is classified as an educational cafe, funded by a grant from the organization Farm to Table. All the original funds for The Local Buzz's special needs education program were donated.

“We do the on-the-job training program here for young adults with special needs," Bridgers said regarding some of her employees.

Problems with the previous location eventually made it unmanageable, but her goal remained the same.

“I want to teach kids with disabilities to work in a safe place, I want to bake, I want to talk to people and I just want to have a place that people can come to and feel safe,” Bridgers said.

Melissa Rice, an employee of almost a year, said the new location is "cozier" and appealing.

“It's a comfortable place. You can come in and feel like you're at home. You're going to get people that genuinely are gonna be nice and want you to hang out," Rice said. "Everybody knows everybody here."

This goal of inclusivity is reflected in the cafe's menu, which is primarily gluten free and entirely meat free. Most of its food is handmade for differing diets and allergies, such as non-dairy, vegan, keto and paleo.

Carlos Pharis has been a regular customer at The Local Buzz since February 2016, which he said helped him find a community after moving to Columbia.

Part of this sentiment can be seen inside the cafe. Collections of mismatched coffee mugs line the walls. Regular customers can leave a coffee mug from their home in the shop to use when they come in, earning a discount, according to Rice.

“[The Local Buzz] cuts through that sense of urban loneliness,” Pharis said.

With regards to anyone new who might go to The Local Buzz, Pharis said he recommended the baked goods, especially the chocolate chip cookies.