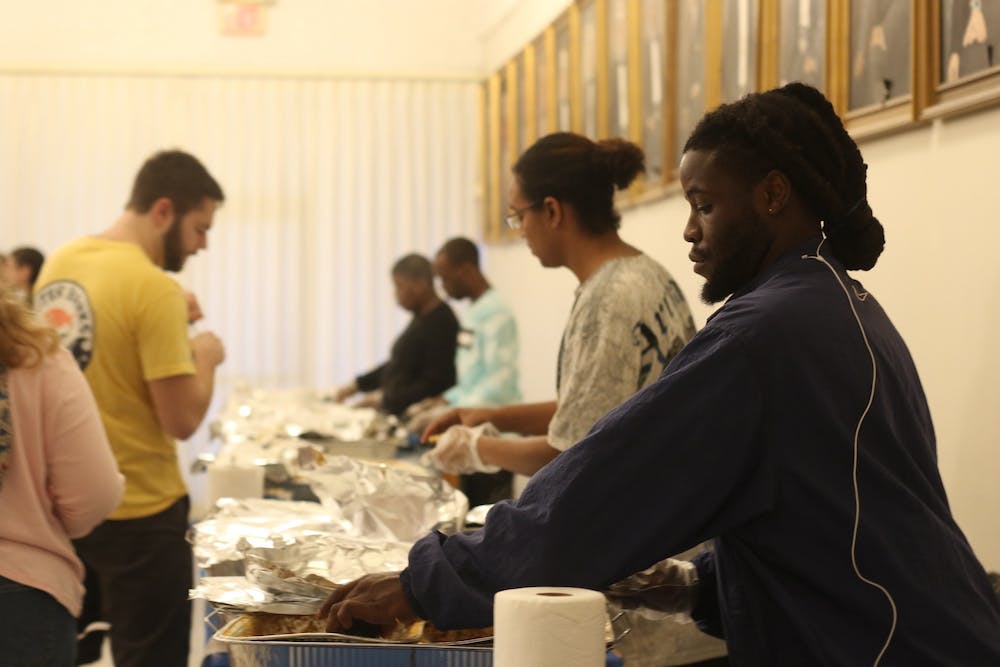 First brought to America in 1802 when Thomas Jefferson served the dish for dinner at the White House, the idea for mac and cheese was simple: macaroni mixed with melted cheese. As it became one of the most beloved side dishes, variations of mac and cheese recipes have taken on a life of their own.

Monique has been cooking since childhood, helping her grandmother in the kitchen, and continued cooking for family events as she got older. Her hobby quickly turned into a side job after friends posted pictures of her meals on Facebook, and social clubs in her community began hiring her as a vendor. Monique became a professional caterer and food vendor while still working her corporate job.

Monique said people's reactions excited her and inspired her to start the competition in order to showcase all the different variations on the traditional dish.

Another competitor, TahJa Washington, is a chef for the nonprofit, Myrtle Beach-based organization Hunger Crusaders Corporation. The organization focuses on feeding and clothing low income neighborhoods. After being sent a link to the Mac & Cheese Festival, Washington said she knew she wanted to get involved and help get the Hunger Crusader’s name out to the public.

Washington said her favorite type of mac and cheese is baked with bread crumbs on top. Her tips for making the best mac and cheese include using extra cheese, milk, eggs and more cheese on top.

Charles Monsanto, the third chef participating in the event, had different advice.

“Embrace the weirdness that your taste buds are craving. I’ve put some weird things in mine over the years and it might not be as good as I would’ve wanted or am used to, but it’s provided some insight on where to go with the next batch,” Monsanto said in an email interview.

This festival will be Monsanto’s debut in the professional cooking world. He is a Navy veteran, has worked as an electronics technician and is currently a professional tractor-trailer driver. However, over the past couple years his passion for cooking has grown, and with the encouragement of friends and family, he is working to create a menu for future vendors.

The new chef had advice for college students wanting to cook professionally.

"Remember your "why." The reason behind doing what you do will oftentimes determine how successful you are," Monsanto said.

Monique also shared tips for college students to improve their own recipes. She recommended shredding a block of cheese, which is fresher, using liquid margarine and not fake butter and using no more than three eggs.