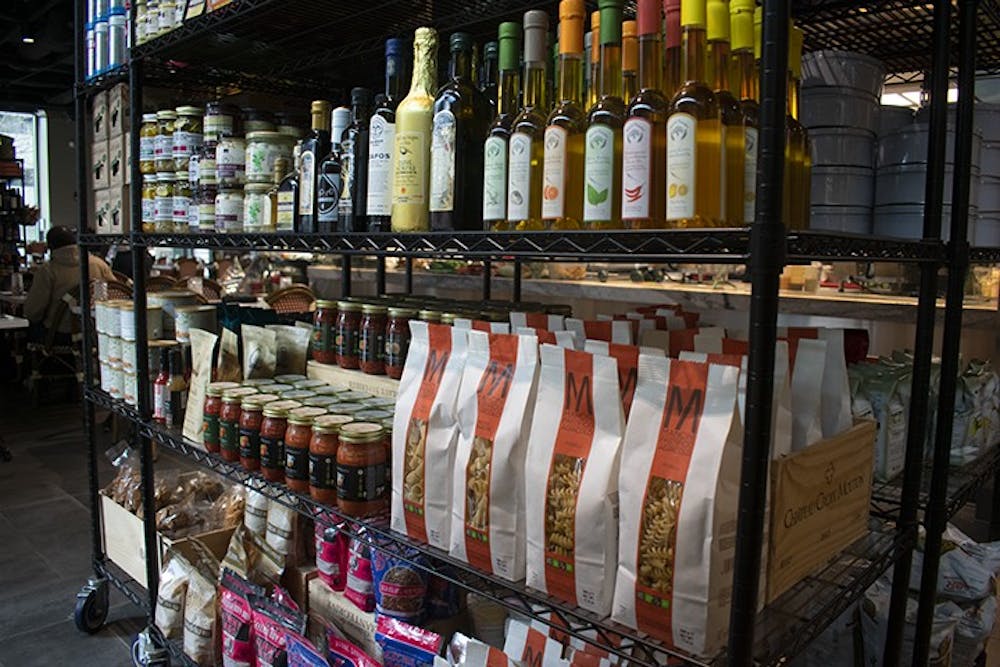 At the corner of Main and Lady streets sits Soda City's newest restaurant, Market on Main. Described on its website as having gourmet food with "some ethnic flare," it is not only a restaurant but a deli and market.

Market on Main serves everything from salmon BLTs to New York strips, and the market sits just on the other side of the dining room. The "market" aspect of Market on Main sells craft sodas, wine, ingredients used and served in the restaurant, international meats and cheeses, locally sourced produce, milk and eggs and also includes a fully operational deli.

While the deli counter offers sandwiches and sides, the restaurant side serves breakfast, lunch and dinner Monday through Friday, and brunch and dinner on Saturdays. A popular dinner menu item is the M.O.M. Burger, which owner Josh Willoughby said is "like a gourmet Big Mac."

Willoughby said he believes the Market will add what is missing from the downtown area.

“It’s really a community building project. We wanted to do something that would gather a lot of people together in one common place. A lot of people of different demographics, different backgrounds,” Willoughby said.

Market on Main opened Dec. 13, but the entire restaurant-market is not officially open. Construction is still underway on the outside seating area, which will include an 18-tap beer wall and 20-foot LED screen.

“I think people are loving it,” Jason Jacobs, Market on Main's bar manager, said. "It's something that Columbia doesn't have."

The purpose of the outside seating area is to create a community experience for a younger crowd, Willoughby said.

“We’re trying to create a little bit of a living room for Columbia, and that'll complement the inside market space,” Willoughby said.

The Market also offers a vast bar selection, with 18 cocktails on the menu. One is The King, a tribute to Elvis Presley’s favorite sandwich — banana, peanut butter and bacon — for a peanut butter and jelly twist on an Old-Fashioned with a bacon garnish.

The opening of the Market’s outside area is still about a month and a half away, but both Jacobs and Willoughby believe it will not only change the Market on Main experience but Main Street as a whole.

“It’s kind of giving everybody a collective experience that’s unique to Columbia, so that everybody can appreciate it,” Willoughby said. "That's really what we're going for."

While Market on Main might present itself as a traditional restaurant with a bodega-like twist, Jacobs said he believes the impact of the Market is more about building community in Columbia.

“We want to have people from all walks of life," Jacobs said, "from business professionals to college students, everybody kind of mingling together and having a good time."