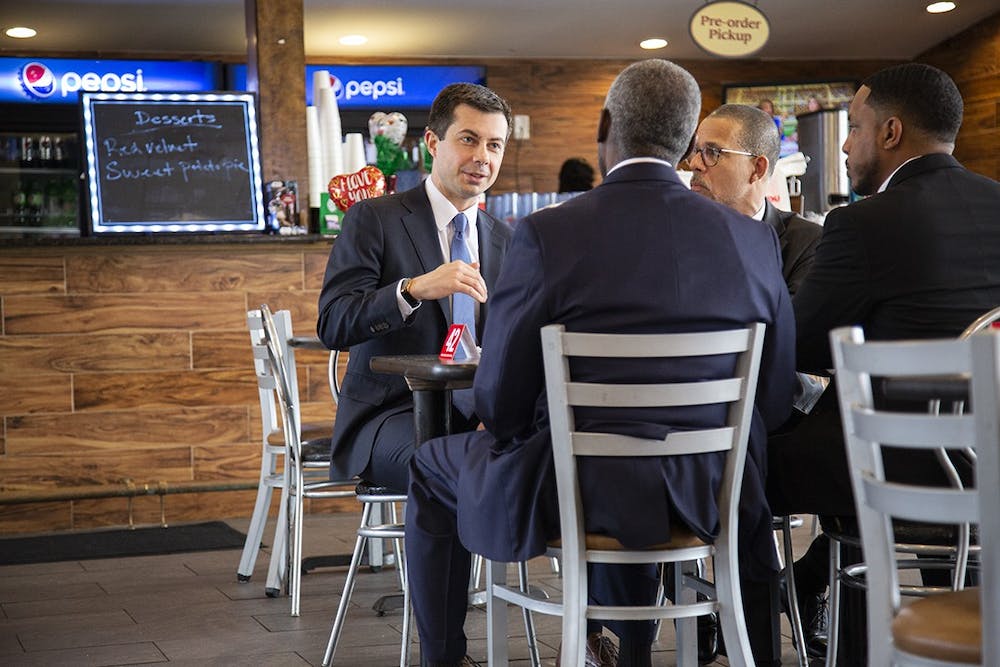 The Daily Gamecock had 60 seconds to ask presidential candidate Mayor Pete Buttigieg questions while he was in Columbia Friday to receive an official endorsement from the mayor of Anderson, Terence Roberts.

Q: Mental health is a big deal for our campus, and our newsroom especially. Suicide is the second-leading cause of death for the college-aged demographic. What are your plans to address that problem?

Buttigieg: "So one of the reasons that I've really emphasized mental health is that lives are on the line, and often, youngest Americans are the most vulnerable. It's why I'm proposing what we're calling 'healing and belonging' grants that will allow federal money to flow into community-based solutions that could make a difference on campus. We've also got to make sure that we recognize when we provide health care that that means physical and mental, and we got to break the silence that has so many vulnerable students and young people often with their lives in danger, not knowing that it's okay to talk about these struggles."

Q: Secretary of Education Betsy DeVos recently announced an overhaul of Title IX. What did you think of that overhaul in relation to sexual assault on campuses?

Buttigieg: "I think that these changes to Title IX are disastrous. They undercut the importance of what Title IX has meant, and knowing that we as a nation are finally beginning to come to terms with what amounts to a crisis level of prevalence of sexual assault on campus, we should be strengthening, not weakening, the tools to fight that."

According to an NPR article, the new Title IX rules instituted by DeVos call for raising the level of proof needed from a "preponderance of evidence" to "clear and convincing evidence," which could make it harder for victims to prove their case in courts and might further discourage the reporting of sexual assault.

Under the new rules, schools are only called to investigate if a student reports it directly to the school's designated officials and if the sexual misconduct is "so severe, pervasive, and objectively offensive" it blocks someone from participating in a school's educational program or activity, which contrasts the Obama-era definition of "unwelcome conduct of a sexual nature."

In the NPR article, DeVos said these changes are intended to fix a "failed" and "shameful" system that treats accused students unjustly.

The stop in Columbia was part of a larger tour across the state. Thursday, Buttigieg held an event with Angela Rye at Claflin University before moving to Moncks Corner to meet with radio personality Charlamagne tha God. From Ms. B's, Buttigieg proceeded to a U.S. Global Leadership Coalition roundtable in a private home.