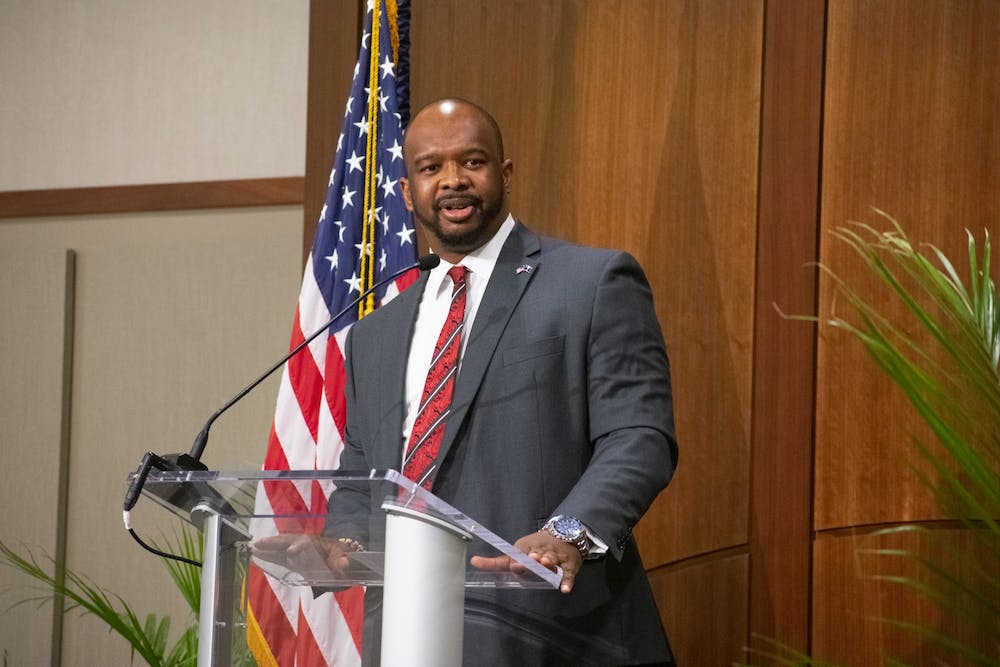 Held every year by the USC Alumni Association, Carolina Day highlights the ways in which the University of South Carolina plays a role in the state and citizens’ economic well-being.

A concentrated effort in support of higher education within South Carolina, the event aims to share both the university’s ideals and its mission with state legislators and the greater Carolina community.

Among the over 120 attendees in the balconies of the state house were President and First Lady Caslen and deans, chancellors and faculty from all institutions in the USC system.

The event also established a social media presence on multiple platforms, with state and nationwide participation, through the sharing of posts tagged “#UofSCImpact”.

Members of Carolina’s Student Government represented the interests of their fellow peers, and Student Body Vice President Sophie Davish said Carolina Day was significant for their organization, as it gives members a chance to promote student causes.

“It's their way of recognizing everything that we’ve done, as well as we thank them for any contributions they've made to the university and kind of start the conversation that we have throughout the session about how we can help each other," Davish said.

Secretary of Government Relations Janel Moore, who serves on the student body president’s executive cabinet, said the connection between Student Government and the students allows for this interaction between legislator and student.

“Student Government’s role specifically is just to make sure that students are engaged with our legislators and giving them the opportunity to be in the Statehouse, be in the balcony and having the opportunity to interact with them on a more personable level,” Moore said.

Wes Hickman, CEO of the Alumni Association, said the goal is to bring the whole University of South Carolina system together and go to the Statehouse to demonstrate the college’s influence. Hickman said the university has a $5.5 billion annual economic impact on the state and educates 52,000 students across its system.

“We like to say that, 'As the university goes, so goes the state,'” Hickman said. “We really are the economic driver of this state. We provide the workforce. We provide the attraction for businesses to come here, and we want to be able to tell that story to the General Assembly. This is a great day to do that.”

The second purpose of Carolina Day is to acknowledge the members of the General Assembly who work to provide funding for higher education.

Following last year’s investments, the University of South Carolina froze tuition at seven of its eight institutes, and the Columbia campus saw its lowest fee increase in over 20 years. Hickman said monitoring education costs is "an important part of keeping college affordable and accessible" and is a primary job of "flagship" institutions.

Hickman said an example of the Alumni Association’s efforts in this area has been the advocacy for legislation within the state senate called the Higher Education Opportunity Act. This bill would establish a baseline of funding in order to stabilize tuition costs given the tangibility of the state’s higher education budget.

“It gives a predictable base on which universities can plan," Hickman said. "That’s a bill we’ve been working with the General Assembly on for a couple of years, and we’re hopeful that it’s got some momentum going into this year."

In addition to this legislation, Hickman said the USC Alumni Association looks to use Carolina Day as the beginning of continual advocacy and networking with the General Assembly throughout the year.

As an entity separate from but in support of the university, Hickman said the Alumni Association is actively working to build up a new partnership with the USC Office of Career Services which will provide current university students the opportunity to acquire mentorship from Gamecock alumni.