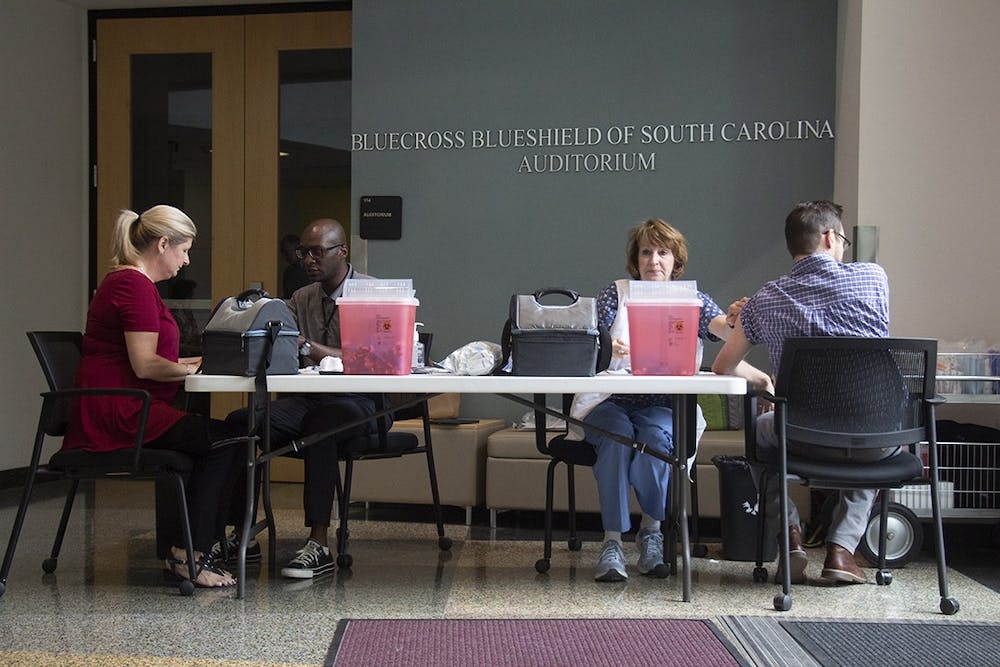 The number of lab-confirmed tests for the 2019-2020 flu season in South Carolina has more than doubled from the previous year, and college students are particularly susceptible.

Deborah Beck, the executive director of the Student Health Center, said there might be other cases on campus that have not been confirmed.

Sabra Custer, a clinical associate professor at the College of Nursing, said students are more likely to contract the flu due to the nature of their living conditions.

“The environment being so close to other people who could be coughing or sneezing either directly into your airway, or the virus kind of remaining on surfaces, that environmental concern is a risk factor,” Custer said.

Megan Cain, a clinical assistant professor at the College of Nursing and nurse practitioner, is currently writing a lecture on stress and disease and said college students who have various activities and obligations are at a greater risk of falling victim to the flu.

“Students who are, you know, not necessarily eating a well-balanced diet, they’re not sleeping well, they’re out partying on Thirsty Thursday and, you know, they’re wearing their body down. That stress response on the body does affect your immune system,” Cain said.

Beck said the Student Health Center has a detailed process of monitoring and preventing flu cases on campus. By pulling reports of where on campus has the most occurrences of the flu, it can determine which areas need the most attention.

“Let’s say the quads, we see a high number in that area. We don’t know who they are, but we do know that there’s 'X,' a number, that have the flu in that area," Beck said. "That may be an area that we need to put extra hand sanitizer at, or we may need to do some extra cleaning of the door handles and things like that,”

Along with the efforts of the university, Beck said it is crucial students know it’s not too late to receive a free flu vaccine at the Student Health Center despite the start of flu season. This year's flu season is expected to last into April.

Though people are encouraged to get vaccinated in October, Cain said cases of the flu seem to be peaking later in the season this year.

“Richland is in an area of increased flu activity right now, so I would just encourage everyone to be aware that this virus is circulating, and if they haven’t had their vaccination, it’s not too late,” Cain said.

Both Cain and Custer said it is important to dispel the rumor that the flu shot can lead to a patient contracting the disease. Since flu vaccinations take about two to three weeks to activate, they said, there is a small chance patients might contract the disease in the period after they receive their vaccination. Custer said the form of vaccination might also affect these odds.

Beck said although the flu is currently widespread in South Carolina, the USC campus is still relatively flu-free.

“We expect over the next probably four to six weeks, we’ll see an uprise in the flu cases, but we’re hoping it’s not going to be as severe in the community because, although it’s widespread in South Carolina and in Richland county, it’s not widespread on our campus yet,” Beck said.