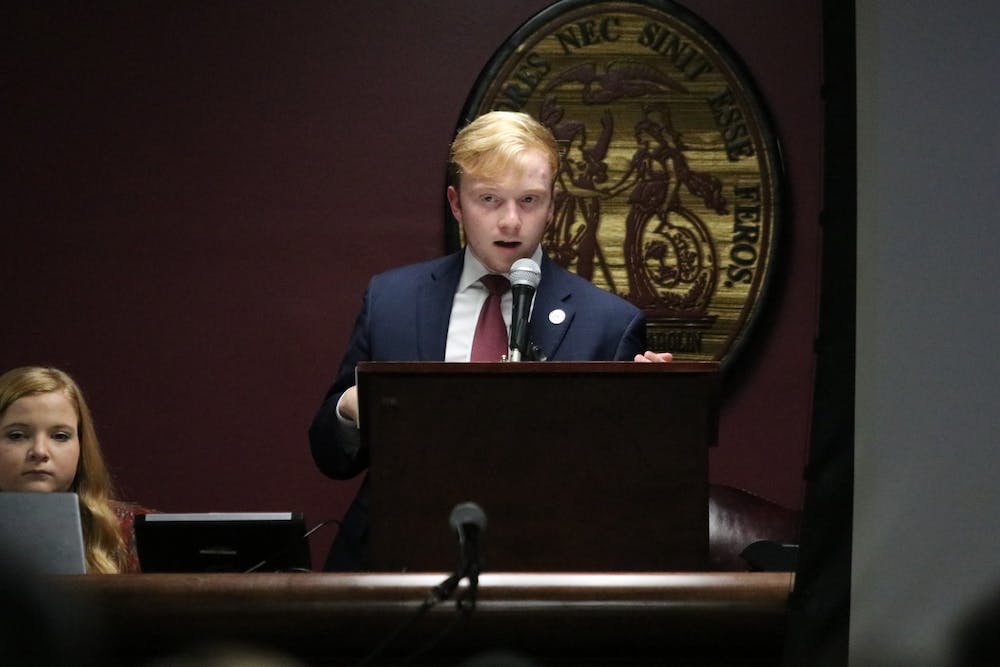 “This is a bill, and I’ve been told that it has to pass,” Patrick Greene, chairman of the judiciary committee, said.

Karinna Rao, Rankin’s deputy chief of staff, stood in for Rankin at the meeting, as he was out of town on the provost search committee.

Rao responded to comments made at the senate meeting last week, in which a member of the senate said Rankin was in violation of the Student Government codes, an impeachable offense.

The secretary of health and wellness and the secretary of community relations both resigned at the end of last semester. The Student Government codes say if a cabinet member is removed by the student body president, the president must make another nomination within 14 days. However, since neither of the secretaries were removed but instead resigned, Rankin was not in violation of the codes, Rao said on Rankin’s behalf.

The senate also confirmed Madelyn McEllen, Becca Ostien and Enicci Gist to the elections commission. This commission handles the Student Government elections, including election violations and the verification of election results.