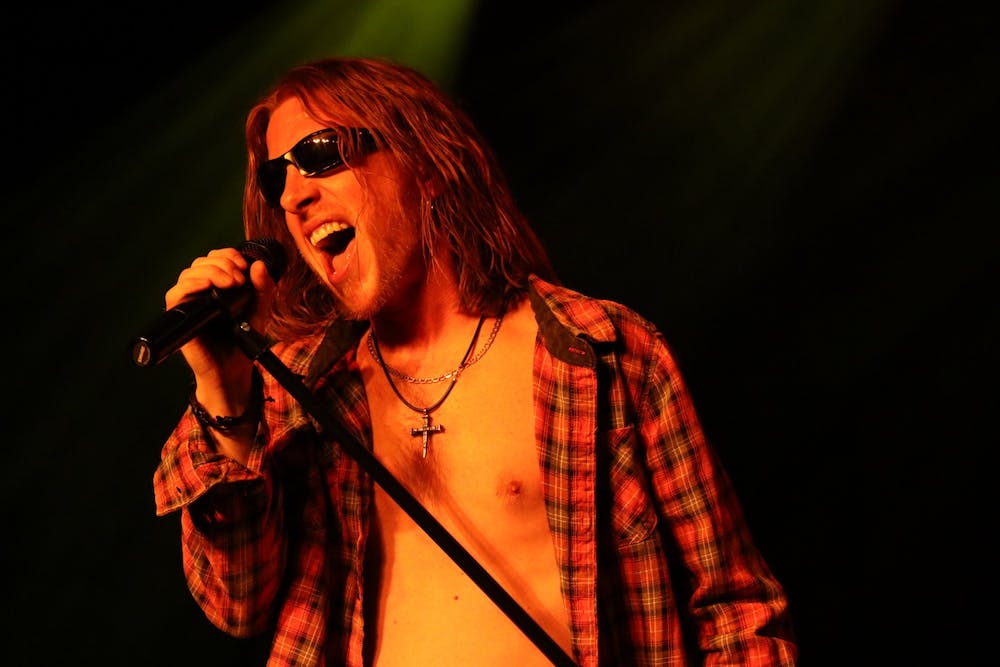 Nirvana, Led Zeppelin and Alice in Chains are revered bands by many, and some die-hard fans would do almost anything to see them live. In some cases, attending a show by these bands is difficult due to expenses and long travel distances. In other cases, it is impossible because the band either has deceased members or stopped touring.

But the love people have for these bands should not only live in playlists. Tribute bands save these musicians' legacies by playing songs by popular artists that follow their style closely.

Angry Chair, a tribute to Alice in Chains, made an appearance at The Senate on Jan. 3.

“We try to recreate [Alice in Chains] as faithfully as possible, so that fans and newcomers alike have a time worth remembering fondly,” Todd Langdon, guitarist and vocalist for Angry Chair, said in an email interview.

Angry Chair members said a great thing about tribute bands is that they get audience members acquainted with local musicians.

“They're awesome, in my completely unbiased opinion,” Langdon said.

NEVERMIND, based out of Atlanta, Georgia, is a tribute to Nirvana. NEVERMIND will be back in Columbia April 3 to perform at The Senate.

“I enjoyed Nevermind a lot not just because they were similar to the real thing, but because they and other tribute bands keep the spirit of the bands and the culture surrounding them alive,” Amauria Covington, a first-year art studio student, said in an email interview.

Covington attended NEVERMIND’s performance at The Senate in August.

Tribute bands cannot be exactly like the original band, but they mirror the band closely while adding in their own style.

“The crowd wants what they remember,” Eric Hogan, NEVERMIND’s lead vocalist, said in an email interview. “A truly “good” tribute walks that fine line of impersonation and outright plagiarism.”

Hogan said “top tier” tribute bands look and dress like the bands to which they're paying tribute.

"[P]laying the songs correctly is only a part of [the performance] albeit an important part," Hogan said. "The rest is the presentation. The clothes, the stage show etc.”

Hogan said the one way their band differs from Nirvana is that he is not left-handed.

One of the main differences of tribute shows and original shows is ticket prices and crowd sizes. For a lower price, people can help financially contribute to someone's musical career or hobby while experiencing a more personal performance.

To see what tribute bands are coming to Columbia, check The Senate's online event calendar at  www.thesenatecolumbia.com/calendar.