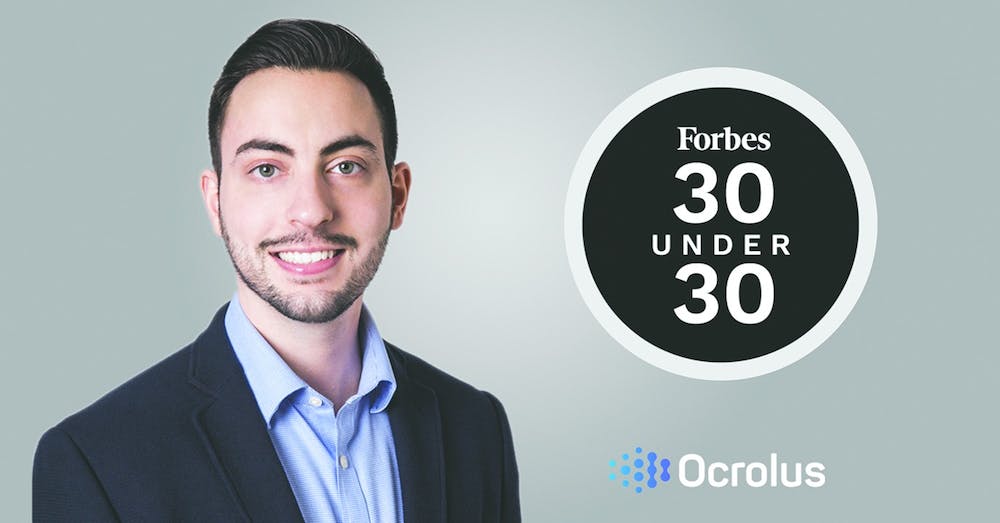 In 2010, high school senior Sam Bobley knew one thing: He would study mass communications at the University of South Carolina. What he didn't know was that he would be named to the Forbes "30 Under 30" list by the end of the decade.

In 2014, as a 22-year-old, Bobley co-founded Ocrolus, a financial technology company that analyzes financial documents and is worth $100 million. Forbes recently recognized Bobley as one of the 2020 “30 Under 30” honorees in the finance category.

“I try not to get too bogged down on personal accolades,” Bobley said. “But also, on a personal level, I can’t help but admit that it was a pretty cool, pleasant surprise.”

More than 15,000 people were nominated for this year's “30 Under 30” list, which started in 2011. Forbes wrote the finalists were “600 revolutionaries in 20 industries changing the course—and the face—of business and society.”

The idea behind Ocrolus struck Bobley’s father, Peter Bobley, while he was writing his will. When the law attorney complained about the number of bank statements he had to read, Peter Bobley said he brainstormed potential solutions for this hole in the finance industry.

The inspiration for how to best analyze financial documents came from a “lightbulb moment” when the team decided to “piggy-back” off a Google Books initiative, Sam Bobley said.

“Our idea was, ‘Let’s take that exact same concept, and let’s apply it to financial documents,’” Sam Bobley said. “We read whatever we can in an entire automatic approach. Whatever we can’t automatically read, we snip into small tasks, route to humans to verify … and return perfectly accurate data back to our customer.”

According to Bobley, Ocrolus has raised $33.5 million with nearly 1,000 employees globally and is able to recruit people away from Google, Facebook and other “top” companies.

“I was just raised, since I was in diapers, to be an entrepreneur, to think differently,” Bobley said. “I was fortunate enough to have my dad teach me and lead by example.”

Bobley said his father was a “serial entrepreneur” and his “number one mentor.”

David Arcara, the managing director of Laconia Capital Group, was “immediately impressed” when he met Bobley in 2017.

“He is very articulate; he’s very focused and serious about his business,” Arcara said.

In the eyes of his father, Bobley’s strongest traits are his ability to remain pleasant, to keep pushing forward and to listen well.

“He’s a basketball player, and he’s the kind of guy that loves the ball in the fourth quarter,” Peter Bobley said. “He stays calm and collected, and he does what he has to do.”

Thanks to his father, Sam Bobley said he was able to “hit the ground running” in an area that can seem evasive and tricky. He said he is currently in communication with Dirk Brown at USC’s entrepreneurship center, as he wants to play a larger role in teaching young entrepreneurs and speak as a guest lecturer this spring.

“You don’t have to go down the corporate America path and work your way up the ranks — there’s this more risky path, and, you know, there are merits to it," Bobley said. “I owe it all to my dad for instilling that in me, and now I want to do my part to educate other folks on that path and build entrepreneurship more broadly."