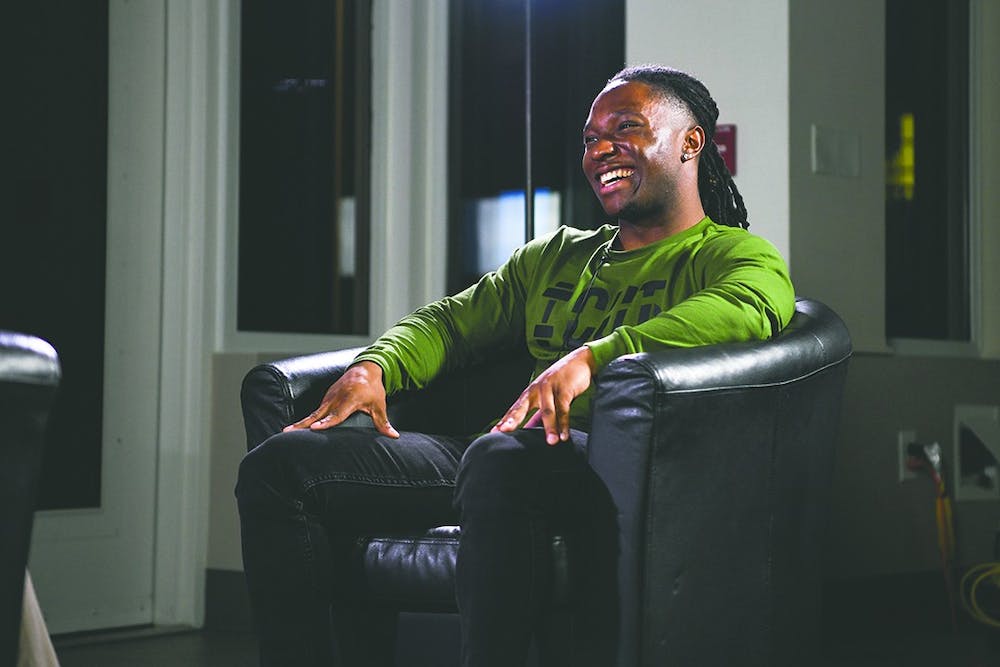 With a client base ranging from students to NFL athletes playing in the Super Bowl, Chosen Uno Training founder Steadman Rogers frequently works out with high-profile Gamecock football players between classes.

Rogers attended Byrnes High School in Duncan, South Carolina, where he began friendships with future South Carolina student-athletes, including Deebo Samuel. This marked the beginning of making his passion for working out into a career.

As a freshman, he began working with Michael Srock, head strength coach at Byrnes, who encouraged him to begin competing in statewide strength competitions. Rogers went on to win three South Carolina Strength Competition championships in his following three years of high school.

“All throughout high school, whenever me and some of the guys would get extra work in, I would always lead the workouts. So, it’s been ever since high school I have been basically training people,” said Rogers, who is currently a fourth-year sport and entertainment management student.

Rogers officially put the pieces in motion when he created the official Instagram page for Chosen Uno Training in May 2018 and began building his client base from there.

“Definitely trainer and friend at the end of the day because when [Samuel] would work out and I would work out with him, I would be directing the workout,” Rogers said.

Samuel competed in Super Bowl 54 on Sunday with the San Francisco 49ers.

Aside from working with higher profile athletes, Rogers also works with clients who are more focused on being healthy and active than preparing for a certain goal such as a college sports season or professional sports combine.

“I’m open to train anybody male, female, no matter what your age is, as long as you’re ready to work hard and ready to work with it,” Rogers said.

Rogers works with 12 to 15 people each day and keeps a very rigid schedule which consists of multiple personal training sessions, morning classes and time to work out himself while still fitting in time for meals.

“Specific benefits would mainly be the motivation, because a lot of people lack motivation and just that 'go get it' when you get in the gym. A lot of people go in the gym and they don’t know exactly what they want to work out on, and they waste a lot of time standing around thinking about what they want to do, so having a trainer gives them that direct instruction on what to do and then that extra motivation at the end of the day,” Rogers said.

Dawkins also described Rogers’ role as “a motivational workout partner,” which is high praise from someone who has worked with professional strength coaches through high school and college football.

When asked for three simple things that the average person could do to be healthier, Rogers said, “Some easy things would be to cut back on sugar, cut back on carbs, and the third thing is you can go walking every day.”

Rogers is graduating this May and said he hopes to expand Chosen Uno Training into its own gym in the next three to five years.