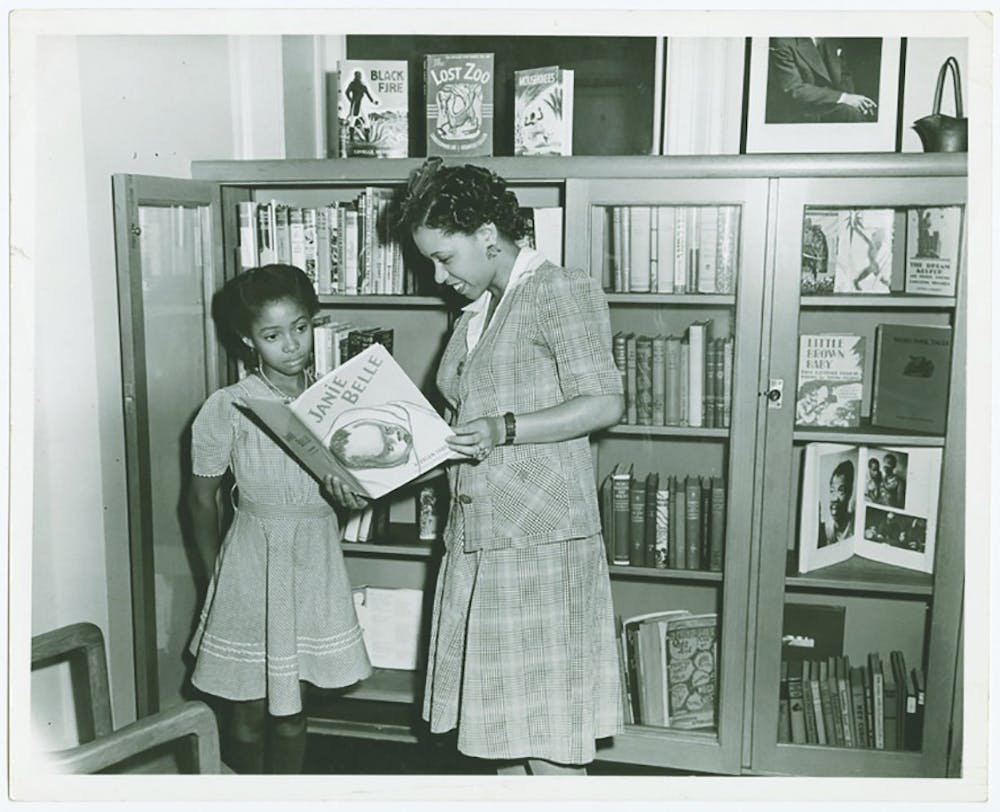 Storyteller-in-residence sounds like a dream job for some library science students, but for Augusta Baker, it was more than a fairy tale.

Baker, who lived from 1911 to 1998, led a life that saw her overcome all obstacles to become one of the top 100 most important leaders of the 20th century, according to the American Library Association Archives.

Baker was the first African American to graduate from SUNY Albany with a bachelor's degree in library and information studies. She worked in the New York Public Library system at the 135th Street branch in Harlem. What started as a temporary job eventually led Baker to become the first African American coordinator of children’s services for all 82 libraries within the New York Public Library system.

However, even today, 85% of individuals within the profession librarianship are white.

Nicole A. Cooke, the Augusta Baker Endowed Chair at the University of South Carolina, spoke about the importance of diverse representation in libraries.

As the coordinator, Baker established the James Weldon Johnson Memorial Collection of children’s books, which is a collection focused on accurately portraying African American children and their lives.

She continued her work with diversity by writing the first extensive bibliography of titles that featured positive depictions of African American children in 1946, titled “Books about Negro Life for Children.” The title was changed to “The Black Experience in Children's Books” in 1971.

Baker also took her expertise in diversity and librarianship beyond print, teaching at Columbia University, Rutgers University and others.

However, the biggest impact Baker made was on the art of storytelling.

Storytelling is different from story time, which Cooke describes as having lots of children in one room, “singing, and doing interactive playtime and things of that nature.”

“But what Augusta and others do was really much more than that. It's really more of a performance, and it's really theatrical, right, in the best possible way,” Cooke said.

Baker’s style of storytelling eventually became known as “The Baker Method,” and she published “Storytelling: Art and Technique” with Ellin Green in 1987.

“For her to be able to capture the imagination and the attention of all of these children, she is a true artist,” Cooke said.

Her famed storytelling capabilities eventually led her to USC in 1980, serving as the “storyteller-in-residence,” a role that suited her talents.

Today, she is commemorated in “Baker’s Dozen: A Celebration of Stories,” an annual festival sponsored by the School of Library and Information Science, College of Information and Communications and the Richland Library. The festival is in its 34th year and will be held this year from April 23 to April 25.

In conjunction with the festival, the School of Library and Information Science will be hosting its first ever lecture on Augusta Baker, called the “Baker Diversity Lecture Series,” which will be open to the public.

As for her legacy on campus, Cooke describes Baker’s endowed chair as “extraordinary."

“You know, endowed chairs are not that common, and they're certainly not common for Library and Information Science. They are even less common named after people of color,” Cooke said. “This is an example of why black faculty matter, why faculty of color matter, why students of color matter."

Correction Feb. 10 at 1:32 p.m. -  The article was changed to reflect the correct name of the James Weldon Johnson Memorial Collection. The photo credit was changed to the New York Public Library.