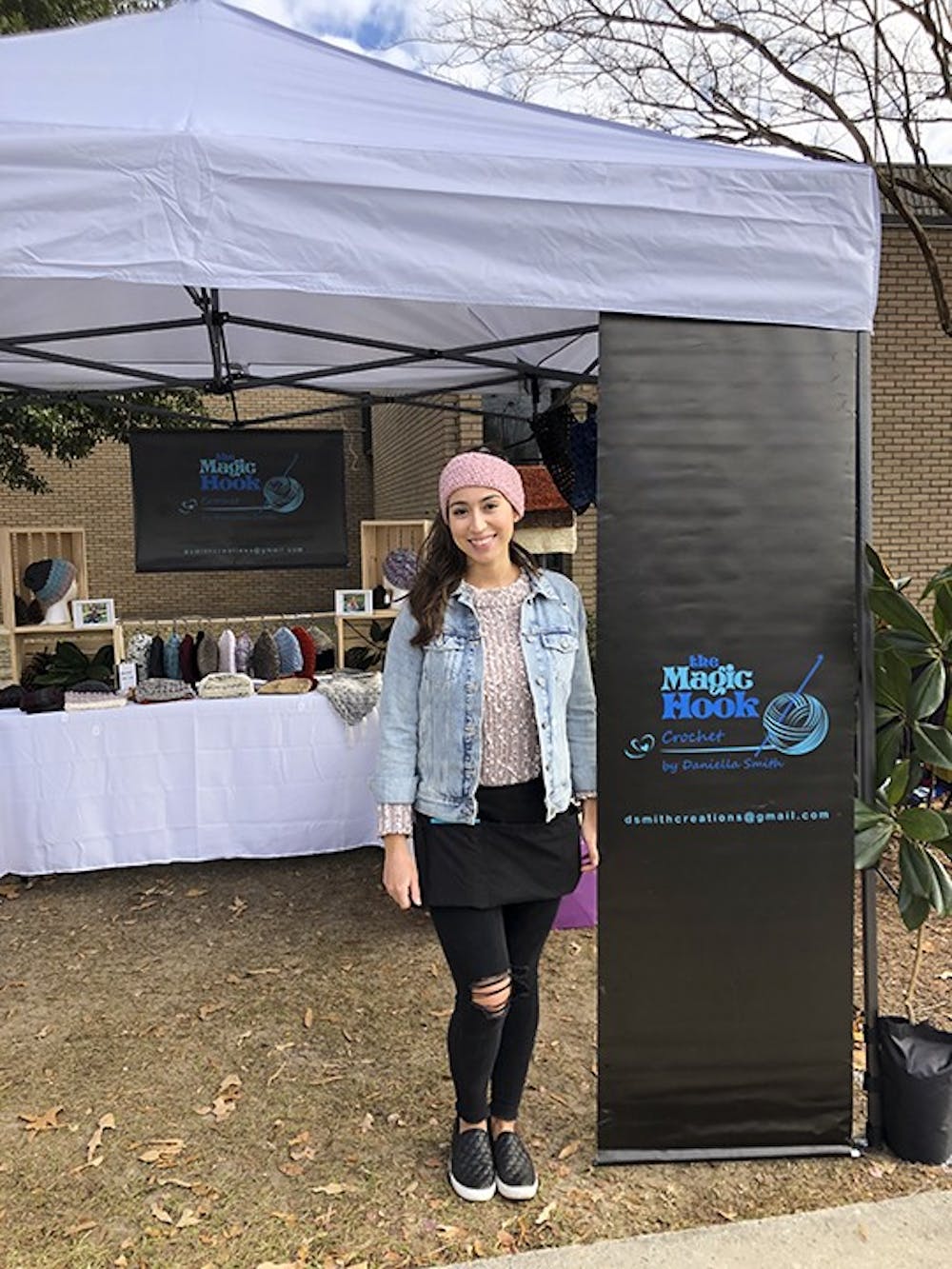 A fourth-year marketing and supply chain student at USC, Daniella Smith expanded her hobby of crocheting into a small business by selling her handmade items at a stand at Soda City, which happens every Saturday on Main Street.

Similar to knitting, crocheting transforms yarn into garments and other accessories but uses one needle and loops the yarn onto a hook, which holds the piece together. Smith’s grandmother, or "abuelita" as Smith calls her, taught her how to crochet when she was 7 years old.

“I would get frustrated with it, put it in the box and put it up on the top of the shelf in my closet, but there was something that just always would attract me to that box," Smith said.

In middle school, Smith said she saw her older cousin crocheting, which inspired her to try her hand at crochet again in order to learn how to be as good as her cousin and create the same crafts.

Taught by her grandmother and inspired by her cousin, crocheting was a hobby Smith shared with her family. Smith soon began to share her creations with others; she said her first customer was her sixth grade gym teacher. After that, her mother encouraged her to sell her items at a local market in her hometown of Aiken, South Carolina.

Smith said she always wanted to work Soda City, and last semester, she was finally able to set everything up, which included finding the time between classwork and obtaining two licenses.

“The most rewarding thing is not the money; it’s the satisfaction of seeing other people — like, they’re super excited to buy a product of mine," Smith said.

Smith took part in her first Soda City market in November and said it was "awesome." She has done two markets since then and plans on doing more later this year, though recent bad weather has kept her from going.

With hotter weather comes unique challenges for crocheting. Smith said some of her favorite things to crochet are hats and infinity scarfs, which are successful in the fall and winter but not so much in the spring and summer heat of South Carolina. To better fit the weather, Smith said she will be trying out market bags and face scrubs made out of cotton.

Although she will still continue to crochet the basics, the bottom line is that she loves her hobby.

“This has always been something I’m passionate about," Smith said.