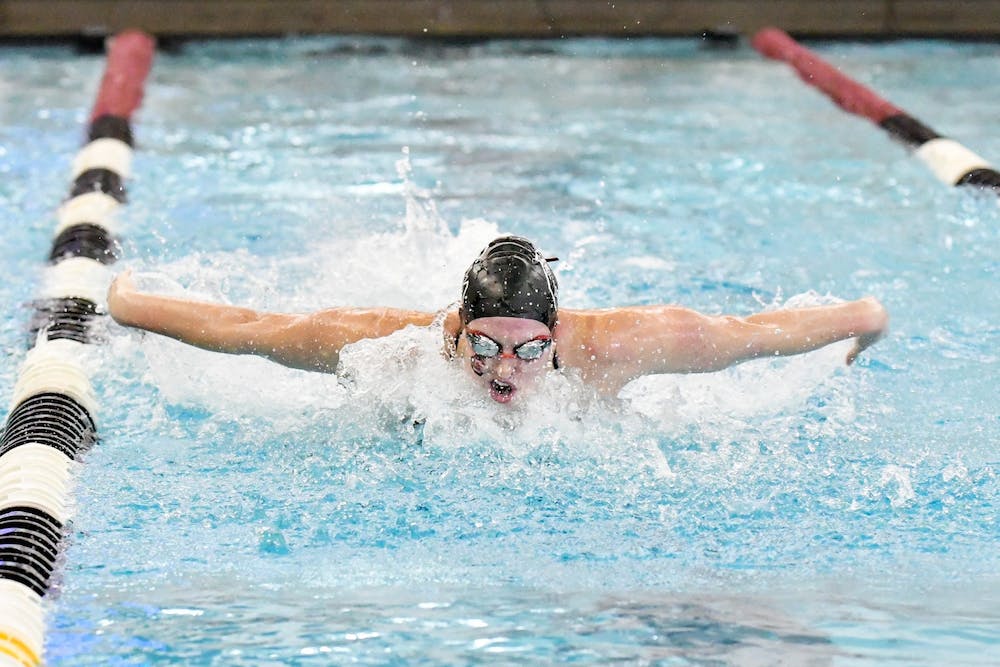 Athletes often talk about the heart it takes to succeed at their sport, but for senior swimmer Christina Lappin, it was her heart that provided the greatest obstacle.

Lappin, an Iron Station, North Carolina, native, has been diagnosed with many heart conditions, having undergone five heart procedures since the age of 12.

The first of these was WPW, or Wolff-Parkinson-White syndrome, which is when “an extra electrical pathway between your heart's upper and lower chambers causes a rapid heartbeat,” according to the Mayo Clinic.

“I kind of passed out in church one day, and so I went to the hospital, and they told me I had that,” Lappin said. “Found out I had to have surgery kind of immediately because it can be deadly.”

Then, after Lappin’s second procedure to correct complications from the first, doctors found out she had a bicuspid aortic valve, also known as BAC. BAC is when the “main artery that leads to the body (aorta) — has only two (bicuspid) cusps instead of three,” according to the Mayo Clinic.

Despite these setbacks, Lappin has built up quite a resume with four high school state titles and three school records at South Carolina in the 50m freestyle, 100m freestyle and the 100m butterfly.

This is especially impressive considering just how demanding the sport of swimming is on the heart.

“It’s a very cardiovascular heavy sport,” swimming and diving athletic trainer Krista Richards said. “So they train a lot in an anaerobic state. So longer distance, but they’re also pushing tempo and pace so they’re sustaining that for a long period of time, so that’s a lot of pressure on the heart and the cardiovascular system in general.”

Lappin’s heart issues have also helped her to become an inspiration to others.

“My sister-in-law’s sister called me and said she’s a school counselor and she showed the [interview] to her classroom,” Lappin said. “When [the students] saw that you could be a swimmer and have physical injuries and stuff like that and they were amazed … that’s incredible that, like, my story has gotten that far and it opened the eyes of those little kids.”

Now with the SEC and NCAA Championships coming up, Lappin says she’s excited for both herself and her teammates.

“This has been the best season I’ve had in my career,” Lappin said. “I’ve learned to really consume myself with the team, especially being a captain. It’s really fun to lead this team … I’m really excited just to see how I do and the team does.”

With her last season with the Gamecocks coming to a close this spring, Lappin said the sport has taught her a lot.

“[Swimming] has taught me so much of kind of perseverance, especially with kind of my heart issues and health overall,” Lappin said. “It’s taught me really things just like perseverance, dedication and just really how important it is to know what, like, family is and overcoming things and dedication again and just hard work.”