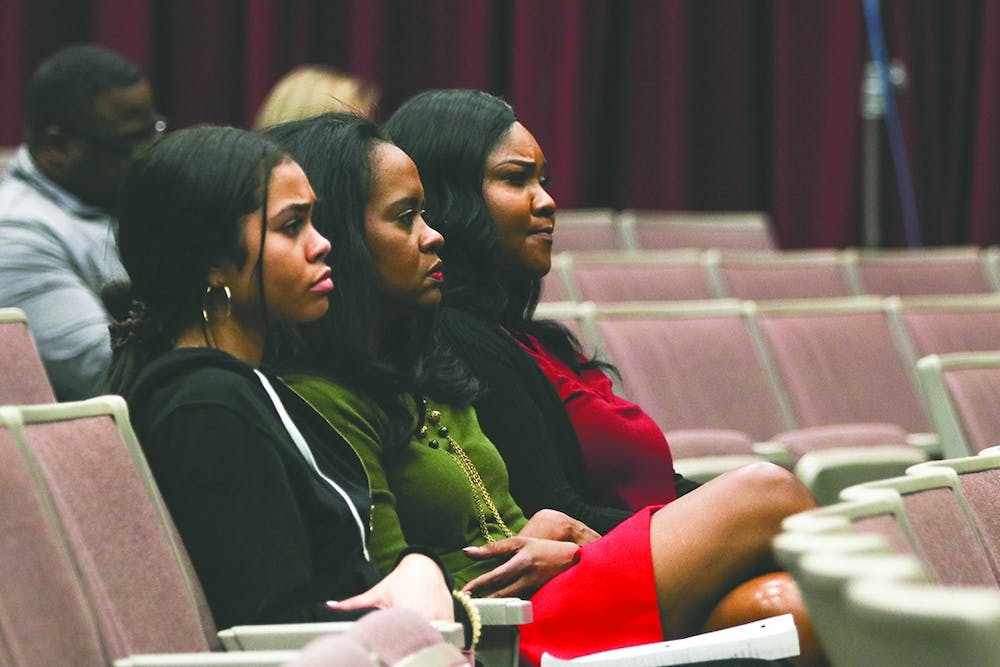 The Office of Diversity and Inclusion is in search of a new vice president of diversity, equity and inclusion following university President Bob Caslen's decision to elevate the position of chief diversity officer to a vice president position.

The new position would allow the vice president of equity, diversity and inclusion to report directly to the university president instead of reporting to the provost, the chief academic officer at the University of South Carolina.

Since the search committee was formed in November, it has reviewed 93 applications, conducted 10 video conference interviews with candidates and narrowed it down to three finalists.

As part of the search, the Office of Diversity and Inclusion hosted three town halls open to the public to highlight each of the three finalists for the position.

On Monday, the first town hall was moderated by Kirk Foster, the associate dean for diversity, equity and inclusion in the College of Social Work, with the first candidate interviewed, Deidra Dennie.

Dennie is the chief diversity officer for Anne Arundel Community College in Arnold, Maryland. She was asked a question about "education and professional development curriculum."

Dennie said her immediate priority, if elected, would be to investigate the question of representation.

In her first six months, Dennie said her goal would be to "really get into the data and disaggregate it and see what's going on, and figure out a way to meet with people in order to address what we see are the deficits."

The second town hall was moderated by Anna Cofie, the president of the graduate student association, and was held on Thursday with the second candidate interviewed, Julian Williams.

Williams is the vice president of compliance, diversity and ethics at George Mason University in Virginia. He spoke about the importance of diversity.

"It's important because we have a student body, in particular, that is well informed and will call us on the gap between what they feel and what is actually happening," Williams said. "Folks are tired of reading our values. They want to feel them."

Williams said if he was chosen, he would want to hear from the Carolina community and build from there.

"From a vision and goals perspective, I think there's an opportunity for the institution to be a national leader in this space," Williams said. "What I would want to do initially is just come in and listen to people ... have them help me ingratiate myself into the community if selected and then sort of go from there."

The third and final town hall featured John Dozier. Dozier is the chief diversity officer and senior associate provost for inclusion at USC. He discussed his plans to expand the office's impact.

Dozier said as the standing chief officer of diversity, he is already familiar with the challenges that face the university.

"I understand our context, I understand some of the challenges here," Dozier said. "I'm energized and passionate about the work that we're doing."

All of the candidates were asked about biased incidents on campuses and how they would balance their duties as vice president with freedom of speech rights.

Dennie said although freedom of speech is a right, "it doesn't recuse you from consequences."

"That's the one thing I found in my community," Dennie said. "Our populace is saying, 'This happened to me, and nobody cared. Nobody checked on me to make sure I was okay.' We need to do check-ins."

Williams said he thought different types of speech should be called as they are.

Dozier said he would argue for consequences for some forms of speech.

"Instances when people do or say things that are intentional and public ... I would be the very first to argue that we need to call out and push out those bad actors," Dozier said.

Caslen will make the final decision on who is chosen to be the new vice president of diversity, equity and inclusion in the next few weeks.