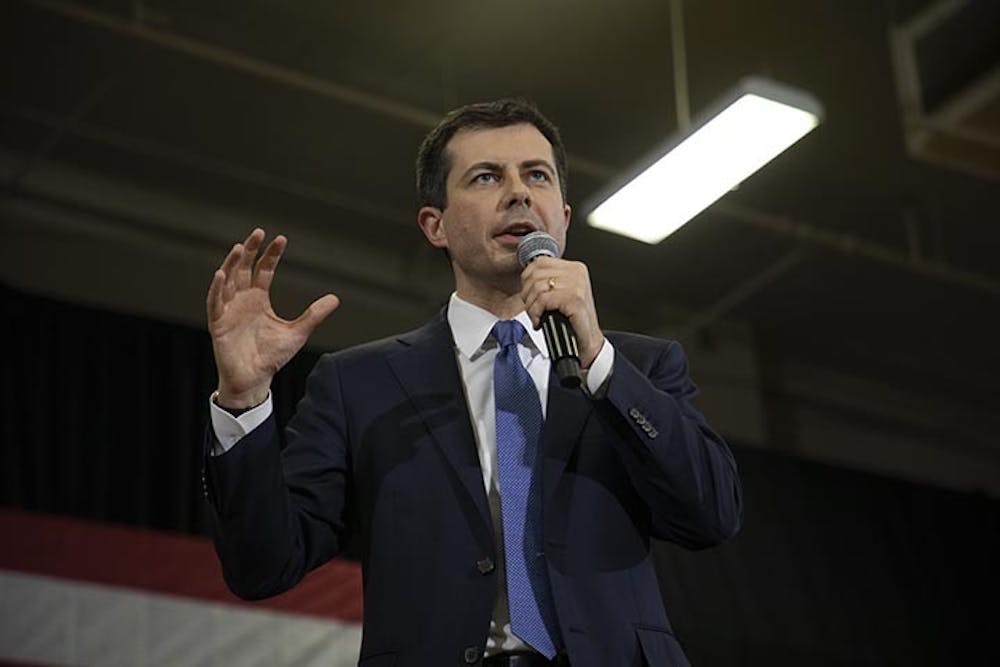 Many people showed up to Pete Buttigieg’s rally in Columbia, South Carolina, on Feb. 28 to support his presidential campaign and promise their vote in the South Carolina primaries on Feb. 29.

Buttigieg is originally from South Bend, Indiana, where he currently lives today. In 2011, he was elected mayor of his hometown, where he worked to cut unemployment rates in half and raise household incomes by 31%.

Buttigieg, 38, is one of the first openly gay candidates to run for president of the United States.

“I’m definitely the only left-handed Maltese-American-Episcopalian-gay-millennial-war veteran in the race, but I think profile is just what gets you that first look,” Buttigieg told The New York Times.

“From a policy point of view, I really love the idea that he’s starting to talk about systemic racism and how it’s had an impact on where we are as a country and bringing the Douglass Plan to fruition to really elevate at the national level,” Love said.

Love said he respects the way Buttigieg has come from a small city mayor to a household name through this presidential election.

"Places like Missouri and Michigan and Rhode Island and Maryland, he spent time there and built relationships, and I think Pete has had to do that from scratch. And I think it's great, because I think it makes it interesting, and it makes voters want to listen and pay attention because it's fresh, and it's new," Love said.

Mia Riffle, a senior at a local high school, came to the rally to support Buttigieg. Though she is too young to vote currently, she will be old enough during the November elections.

Mia Riffle said the more moderate side of Buttigieg caught her attention.

“I like his more moderate policies, and I just think that that has a better chance of his policies to be passed in the Senate and for change to actually be made,” Riffle said.

Buttigieg said this was not the first time he visited Columbia. He completed part of his Navy training at Fort Jackson, a military base on the outskirts of Richland County.

"It's time I reflect on the very first time I came anywhere near Columbia, which was not for politics, but because there's a facility near Fort Jackson, which is where the Navy sends those sailors ... for training," Buttigieg said. "It makes you think about why it would be a good idea that, at a moment like this, for this president to be held to account by somebody who can speak from experience."

Buttigieg spoke on what he views as the purpose of the executive branch.

"I am ready to go toe-to-toe with this president and bring an end to the Trump administration," Buttigieg said.